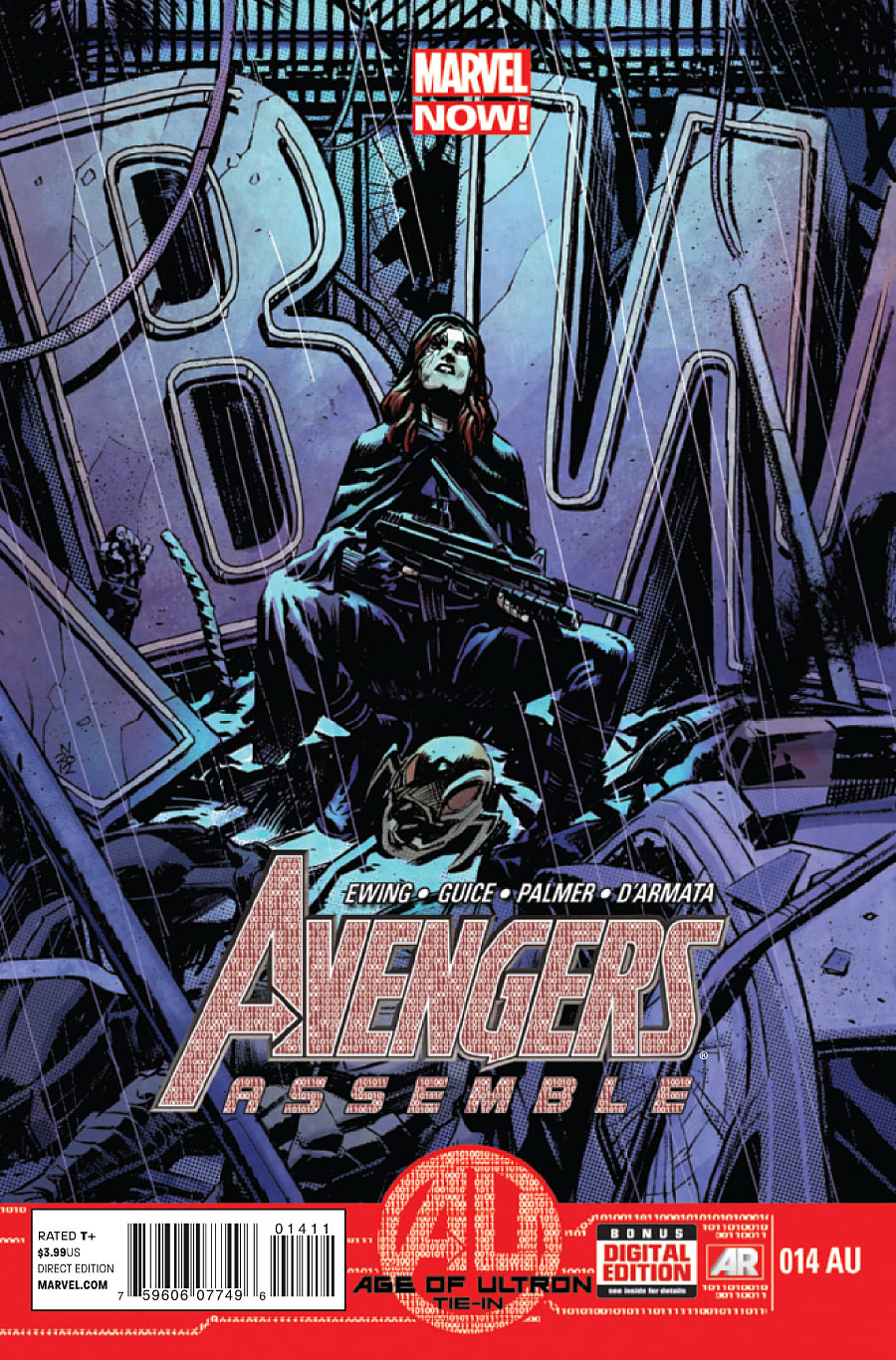 Let’s be honest: there are a ton of Avengers titles out there. It is getting to the level of X-Men books available. Between Avengers, Uncanny Avengers, A + X, and more, Marvel is having an Avengers overload. Avengers Assemble, one book in the huge Avengers family, is worth your attention despite a saturated market. The title itself has a strong focus on characters introduced in the Marvel cinema universe, and, for the most part, continues to tell their stories in the same manner.

Issue #14 of Avengers Assemble is more serious than its predecessors. Ewing takes the helm to tell of Black Widow’s encounters with Ultron. Part of the Age of Ultron crossover, Natasha must use her wits to outsmart this cunning and deadly foe. Focus on Black Widow (as opposed to Spider-Woman or Captain Marvel, other characters featured in this series) is what brings movie fans that do not read comic books to this issue.

The issue opens up with some heavy reminiscing. Natasha enjoys lunch with some old friends while personally reflecting on her past. It is obvious that she loves her work with the Avengers, but Natasha lives for days where she can relax and attempt to be normal. All that changes when Ultron hits San Francisco and alters Natasha’s life for the worse.

As a member of the Avengers, Natasha steps up to help the people of San Francisco. She recognizes her weakness against Ultron, yet she does everything in her power to protect those around her. Ultron’s reach is long, and it seems there is no place for Natasha to hide.

The issue itself, while well written, doesn’t add much to the overall Age of Ultron story. Besides explaining Natasha’s facial scar, the issue is not an integral piece of the plot. It is, however, an excellent character issue for Natasha. Fans of Black Widow will want to check this issue out.

If you are a regular reader of Avengers Assemble, you can get by without this issue. For the most part, it does not seem to fit into the general AA story. It is not a bad issue, but it does not have the same feel of the previous two arcs. Collectors of the Age of Ultron crossover will want to pick this up.