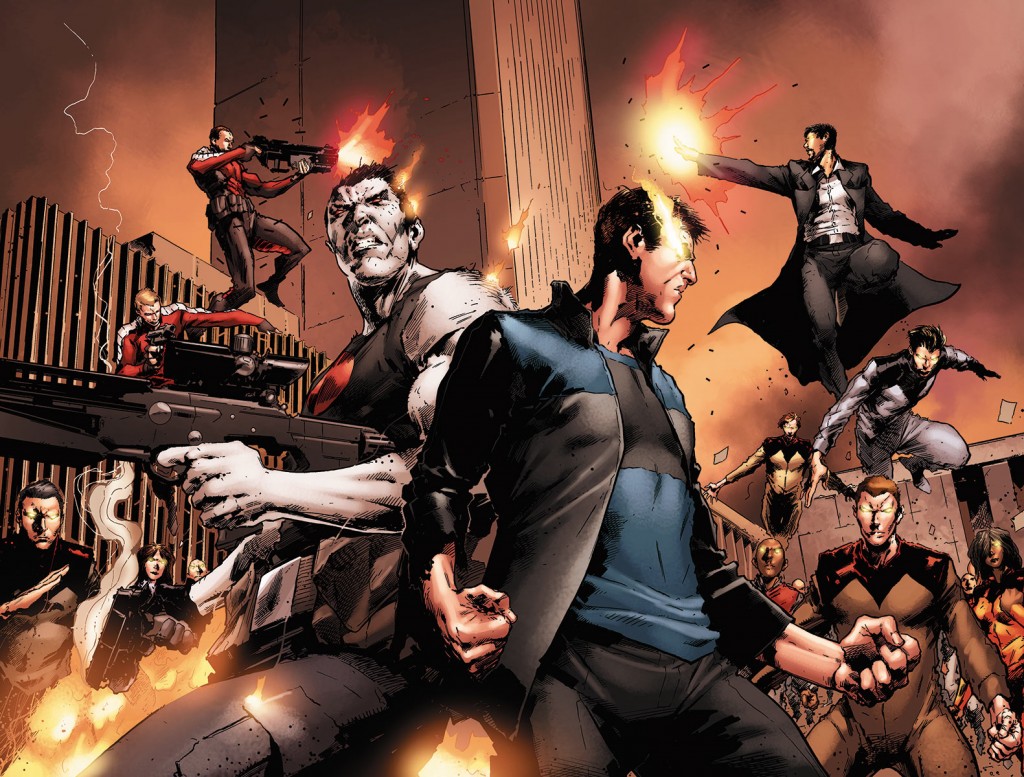 It was recently announced that Joshua Dysert (Harbinger, Harbinger Wars) has become an exclusive creator for the company. He had this to say about making the move exclusively to Valiant:

“Comics is a business, but it’s also a community and a family. From the moment I met the ragtag skeleton crew that work tirelessly to hoist the Valiant flag, I felt like I’d found my next comic book family,” said Dysart. “When I first met Dinesh, the CEO of Valiant, he was carrying a box of comics along with his marketing crew, like he was just another boy in the band. That’s what I like. I like it rugged and I like it scrappy.
“I believe Valiant can change things for the better in superhero comics. I believe small is good. I believe in every single member of this team, from management to marketing. And most of all, I believe in and trust my editor, Warren Simons. These guys took a huge chance on me. They saw ‘Unknown Soldier’ and they said, ‘That dude should write superhero comics.’ They gave me the freedom to create challenging characters and build new worlds.
“So that’s it, I’m in this. This is my next thing. I want to write Harbinger for a long time and I’m super excited to be developing my next big top secret project for the Valiant Universe. So if family, creativity, innovation and loyalty aren’t reasons to commit to a business venture like this, then I don’t know what
is.”

Dysart has been with the company since last June when Harbinger #1 debuted, but now he joins Cory Nard (X-O Manowar) as an exclusive creator.

What are your thoughts on Dysart becoming exclusive to Valiant Comics? Have you been reading Harbinger Wars? Leave your thoughts in the comments below.