It was announced on Geoff Johns Twitter account earlier today that Zatanna, who up until this point has been involved with the Justice League Dark, will be joining up with the main Justice League team starting with issue #22 this July, and is bringing along a new costume. 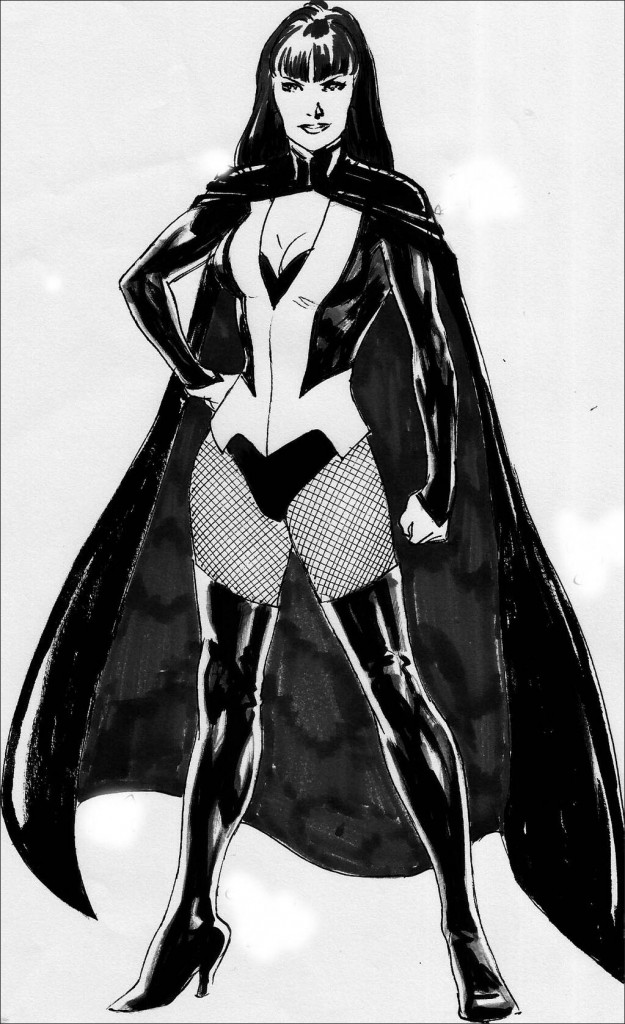 The look is very reminiscent of her Satellite/Detroit Era outfit (cape, boots, unitard) but also seems to incorporate elements of her modern day appearance as well (the now trademarked fishnets). Gone are the bustier and leather pants that have been a big part of her Justice League Dark ensemble (which was ridiculed by Mary, Queen of Blood in the JLD/I, Vampire crossover) since the beginning of the New 52.