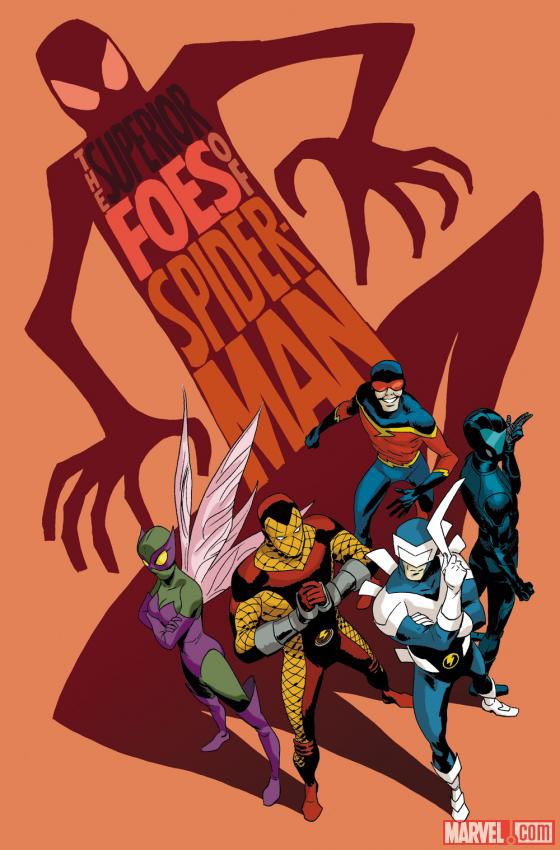 It was announced this past weekend that the new Sinister Six would be getting the spotlight in a brand new ongoing series entitled “Superior Foes of Spider-Man.” Led by Boomerang and featuring Shocker, Speed Demon, Overdrive and the new Beetle, this series is focused on what the Six are doing when they’re not getting beat down by Spider-Man on a regular basis.

Featuring the creative team of Nick Spencer (Secret Avengers) and Steve Lieber (Whiteout), Spencer wanted to focus on the little guy, rather than the rich bigwigs that seemingly run the city:

“This is a book about the working class guys; these are not the Kingpins or Green Goblins or Doc Ocks of the world. These are the small-time crooks looking for a quick score so they can pay their alimony and get the loan shark off their back. A lot of the book is from Boomerang’s perspective, and he’s very much aware of that—and he sees this new Sinister Six he’s formed as one last big shot at real money and real power. He’s got a lot riding on this.”

What’s the best way to get money in Marvel’s New York? According to Nick Spencer, it’s heists:

” (It will feature) Lots and lots of heists. That was a big part of the appeal for me here. I got to stretch those muscles a bit on [my creator-owned series] Thief of Thieves, and it was fun to translate some of that into the world of capes and tights. “

At the end of the day though, these guys are people, and Spencer wants to show that:

“A big part of this book is definitely showing you the life behind the costume. A lot of the time we spend with them, the masks are off. That was actually my pitch here: that these guys, they’re actually a lot like Spider-Man, in the classic sense of the character. They don’t have the innate nobility or the desire to do the right thing, but they’re hard-luck stories, just like Peter Parker is/was. They’re not shooting for the stars so much as trying to survive. Every time they win in one part of their lives, they lose in another. So there’s something intrinsically cool and intriguing about that mirror aspect of the relationship.”