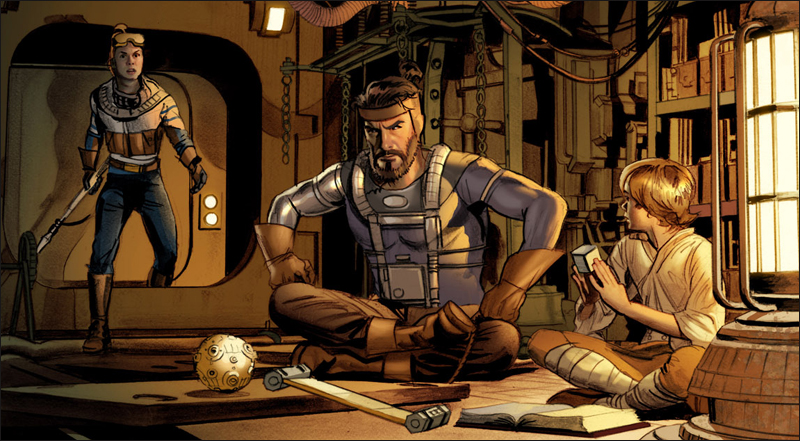 This past weekend at WonderCon, “the biggest event in the history of Star Wars comics, “ was announced as Dark Horse announced that it will adapt George Lucas’ rough-draft original screenplay for the 1977 blockbuster into an eight-issue miniseries which will debut in September. The comic will be written by LucasBooks Executive Editor J.W. Rinzler and illustrated by Mike Mayhew.

Longtime Star Wars editor Randy Stradley said in a statement about Dark Horse’s announcement, “I’m not sure where I first read about The Star Wars—it was years and years ago — but the idea of Luke Skywalker being an older Jedi General, and Han Solo being a six-foot-tall lizard, turned my Star Wars fan brain on its side, I always assumed this would be one of those stories that would be ‘lost to history,’ so getting to work on bringing it to life is kinda like a dream come true.” I think most fans will agree. It’ll be nice to see what could’ve been for better or for worse in the sci-fi saga of Star Wars.

Are you all excited about this announcement? Leave a comment below.