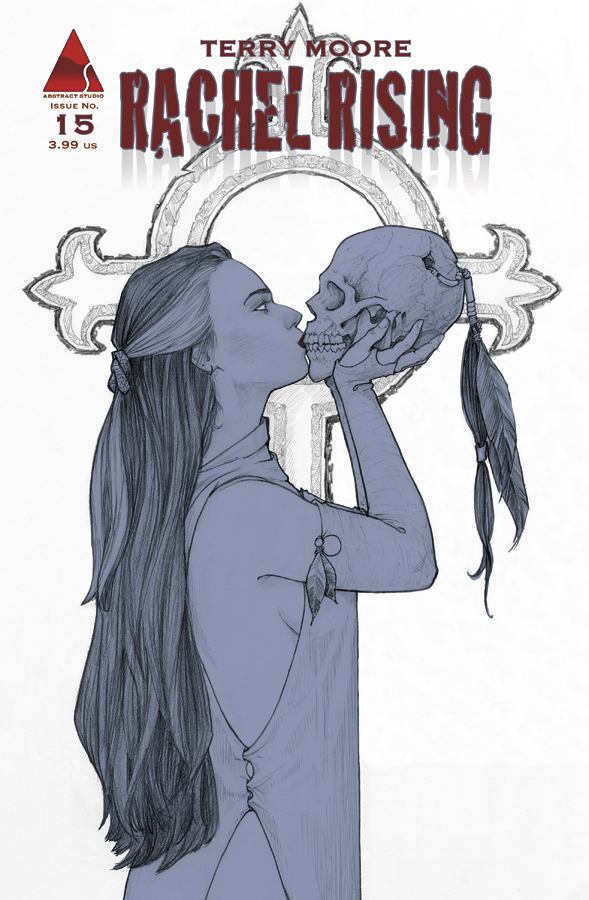 In a world of crossovers, insane editorial decisions, and creative team shake-ups, the number of untainted comic books is few and far between. Not to say there is anything wrong with stories with a large number of people involved in the creation and publication, but there is a deeper connection with a series when the author puts so much of himself into the work. That’s Rachel Rising. For readers of the series, you feel like Moore’s telling the story of Rachel to you personally.

After Jet was electrocute by “herself”, she wakes up naked at Rachel’s house with Earl at her side. Out of confusion, she accuses Earl of violating her. Poor Earl. He’s in love with Jet, but is so awkward and can’t be suave around her. Jet accusations immediately cast suspicion on Earl, and we as readers may begin to see him in a different light.

Rachel’s newfound bone-speaking power may help her discover her past. During a heart-to-heart with her mother’s grave, Rachel acts out of desperation and frustration. The graveyard scene isn’t the creepiest part of issue #15; if you have a fear of rats, you might want to be prepared heading into this issue.

Once again, Moore brings us an exemplar of comic book storytelling. Simple panel design and black-and-white fit the story well; the focus is not on the art, but the plot. Moore’s artwork complements his incredible story perfectly. The beauty is in the simplicity. Readers can appreciate the fine detail in each scene and the expressions the characters display throughout the entire series without being overwhelmed with color and over-the-top character design.

On a side note, Rachel Rising #1 will be used in the MOCC Gender Through Comic Books course (with other great books). Registration for this free online class is still open. If you don’t want to take the class, peruse the textbook list. There are some incredible comic books on it, including Moore’s critically acclaimed series Strangers in Paradise.