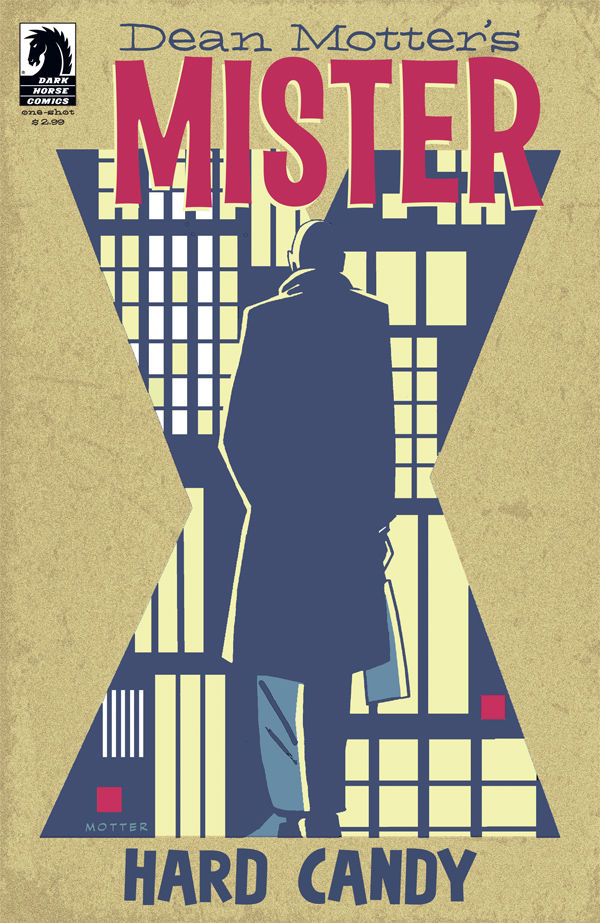 This week, Dark Horse brings back one of the most pioneering comics series ever. Dean Motter’s breakthrough series, Mister X (1984-1990), has influenced everything from Tim Burton’s Gotham to Warren Ellis (generally). The post-modernist bent, decopunk aesthetic (I looked it—that’s for real), and delightfully existential, French-New-Wave-inspired protagonist: creator Dean Motter composed in and around all of these components as he constructed a comics dystopia loaded with philosophical, social, and medium-specific commentary. Mr. Motter—like some his contemporaries, Alan Moore and the Hernandez Brothers specifically—took a medium contemporaneously known for four-colored superhero fare and returned some of to its Alternative, sub-culture luster through subversive, genre-blending stories.

As someone relatively new to the world of X, I was glad to see both an informative foreword by author and screenwriter Phil Nutman and some streamlined, pulpy exposition throughout. The genre(s) of the book lend itself to the kind of explanatory narration that new readers would benefit from—nothing like some good ol’ fashioned hard-boiled noir speechifying/type-writing/news-reporting/general brooding to get all that pesky background information out of the way. And between the complexities of psychetecture, the underground industrialized drug trade, and zombie-robot-BDSM characters, Motter has a lot of explaining to do. And yet, Mister X: Hard Candy hums along at just the right pace, mixing explosive action, dark-alleys intrigue, and the aforementioned brooding into a brilliant one-and-done story. As for the plot, think The Big Lebowski meets Rocketeer on acid meets European avant-garde cinema. We’ll leave it at that.

The visual aesthetic in Mister X: Hard Candy is similar to that of this season’s trend of old-school, pulp-inspired simplicity. Between The Rocketeer and Lost Vegas, the illustrative style most in-vogue is throwback. Of course, the great thing about Motter’s work here is that the visual stylings on Mister X is what inspired those other books in the first place. The heavy inks, the mix of shadow and bright colors, the use of reds and blues and pinks for both representation and connotation, the general expressionism of it all—reading Mister X is like sitting in on a master class. The aesthetic—the Deco-inspired, post-modernist pastiche style—is quite simply remarkable. I’d read it again just to look at it.

Check it out. It’ll be difficult to read Dean Motter’s Mister X without recognizing its important influence on the pop cultural media of the last 30 years. And, in turn, it’s difficult to read Mister X without acknowledging all of its antecedents in avant-garde cinema and pulp comics storytelling. Mister X: Hard Candy is just one little dose of Radiant City in anticipation of May’s upcoming Mister X: Eviction mini-series, and it’s perfect in acclimating new and old readers to everything that this pioneering comic series has to offer.