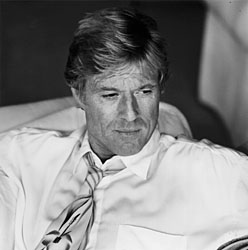 This is a pretty big deal*.

Redford has never starred in a modern “blockbuster special effects film”, and that decision has always seemed firmly rooted in his personal taste, which has traditionally trended toward quieter political think-pieces, emotional dramas and the occasional wry comedy.

Kevin Fiege, President of Marvel Studios and current blockbuster wunderkind, has taken to calling The Winter Soldier a “political thriller” in the press lately, and Redford’s involvement would seem to signal that the film’s script may actually have something substantive on its mind alongside all the shield-slinging and fisticuffs we’ve come to expect from an AARP member juiced up on anti-Nazi steroids. Redford is known as an intelligent and politically-engaged actor, so his interest in the script ought to have fans feeling pretty jazzed about the forthcoming film.

Captain America: The Winter Soldier is scheduled for release on April 4, 2014.

*And this is an example of understatement.