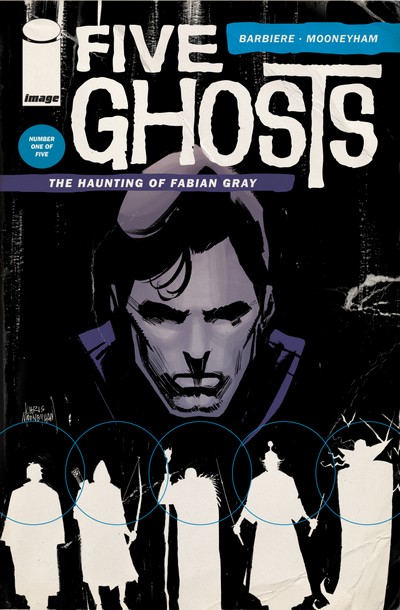 Infamous treasure hunter Fabian Gray has been possessed by five literary ghosts after an encounter with a mythical artifact known as “The Dreamstone”. The wizard, the archer, the detective, the samurai and the vampire accompany Fabian on his quests, endowing him with their unique powers as needed. As he travels the world plucking valuable treasures from their hiding places and enjoying the delights of his ‘fairer’ clients, Fabian seems to be living a life of great adventure and freedom.

As Fabian visits with his close friend , Sebastian, and laments the illness of his sister, he’s struck with a violent psychological attack of some kind that is connected to the demons possessing his body. His passengers are helpful in so many ways but obviously equally dangerous to his well being.

In another part of the world, there are dubious, magical forces searching for Fabian and plotting to end him. Iago is keeping tabs on him, along with his “Masters” who are determined to possess Fabian’s powers. Off on a new hunt, Fabian and Sebastian fall in to an uncomfortable situation with the locals and a great set up for their encounter with the “Spider God” concludes this issue.

This will be a five part miniseries; I sincerely hope that the rest of the issues offer such a satisfying ride as this one.

Verdict: I’m going to tentatively say buy this. It’s a packed issue with multiple events going on, none lacking in mystery or suspense. The art work is graphic and retro feeling, but with a modern use of color. Fabian Gray comes across as some kind of James Bond/Indiana Jones mash up with supernatural powers, which is pretty damn fun. I’m interested in this story and can’t wait to see if further issues can keep up the pace that #1 has.