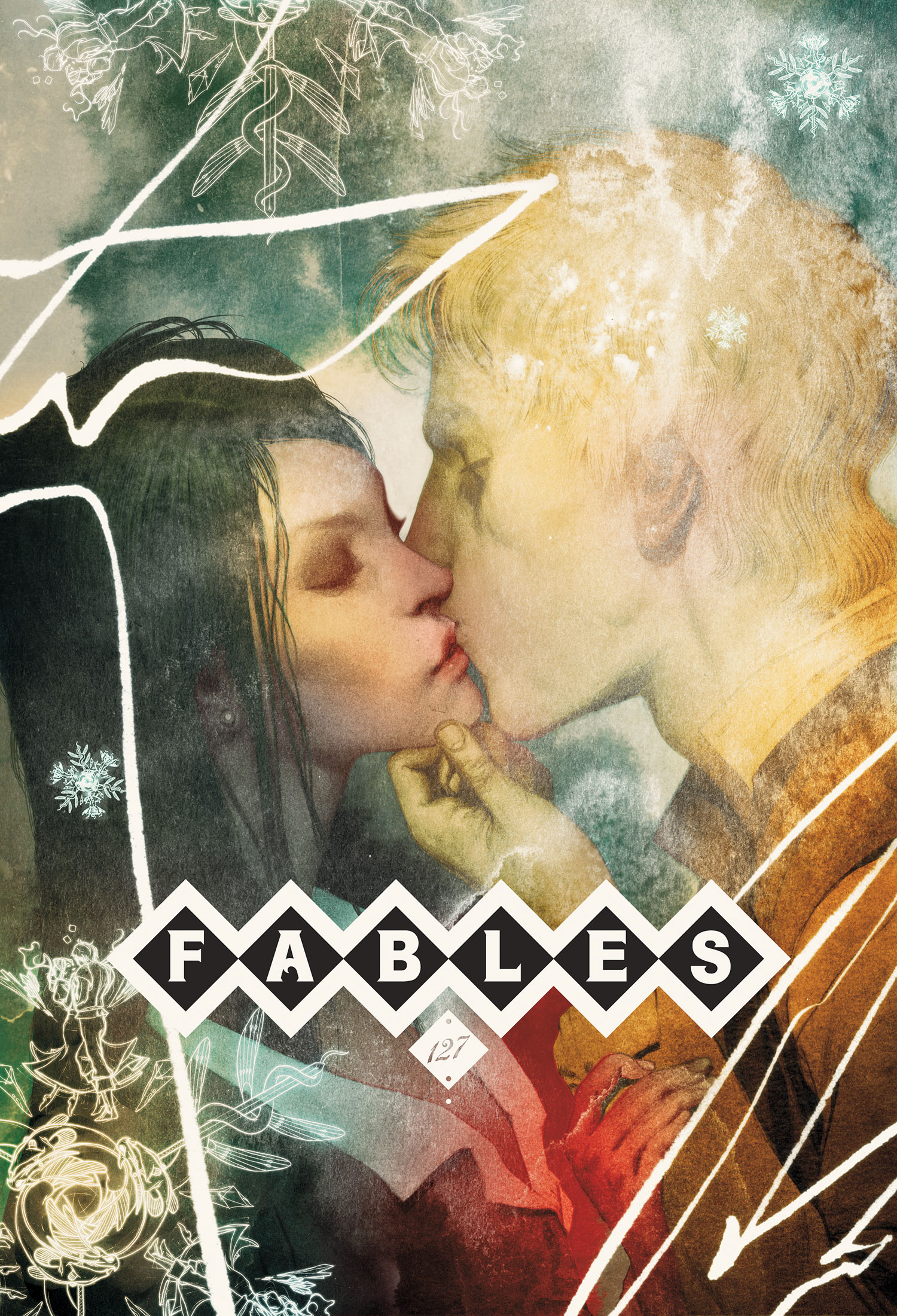 Fables #127 kicks off with a proposal – or, at least, as close to a proposal as the Fables community can muster. Beast asks for the Blue Fairy’s hand in Geppetto’s name. While the reason behind the union is not revealed in this issue, it is apparent that Geppetto doesn’t know about his upcoming nuptials. Whatever the reason, it will only benefit Fabletown as a whole.

Prince Brandish continues to keep Snow White hostage, citing their marriage as the only true marriage in Snow’s life. Her relationship with Prince Charming and Bigby Wolf are instances of infidelity, a matter Brandish is willing to overlook if Snow comes back to him. Brandish is taking the Stockholm approach, kidnapping Snow and cutting off all of her communication with the outside world in order to convince her that she belongs with him.

Anyone who’s read Fables knows that Snow is no damsel in distress. With the few resources at her disposal, Snow attempts to escape time and time again. The citizens of Fabletown do their best to rescue Snow from her predicament (unfortunately, the best they can do is some complicated law changes).

As with other Fables issues, #127 ends with a bang that will drag you back for more. Willingham creates a slow burn that is entertaining to read in addition to being well paced. Buckingham’s pencils treat human, animal, and creature with precision, every face expressive and interesting.

If you didn’t already know, there’s a FablesCon going on right now. Kid you not – a convention dedicated to this series. That’s more than enough reason for you to at least check out the series. If you need more reasons, consider the dedication the creators have to this series. The people who have brought you Fables over the years pay careful attention to the story and how it intersects with the past, present, and future. The story twists and turns throughout every issue, a prime example of how the comic book medium can be used in different genres.