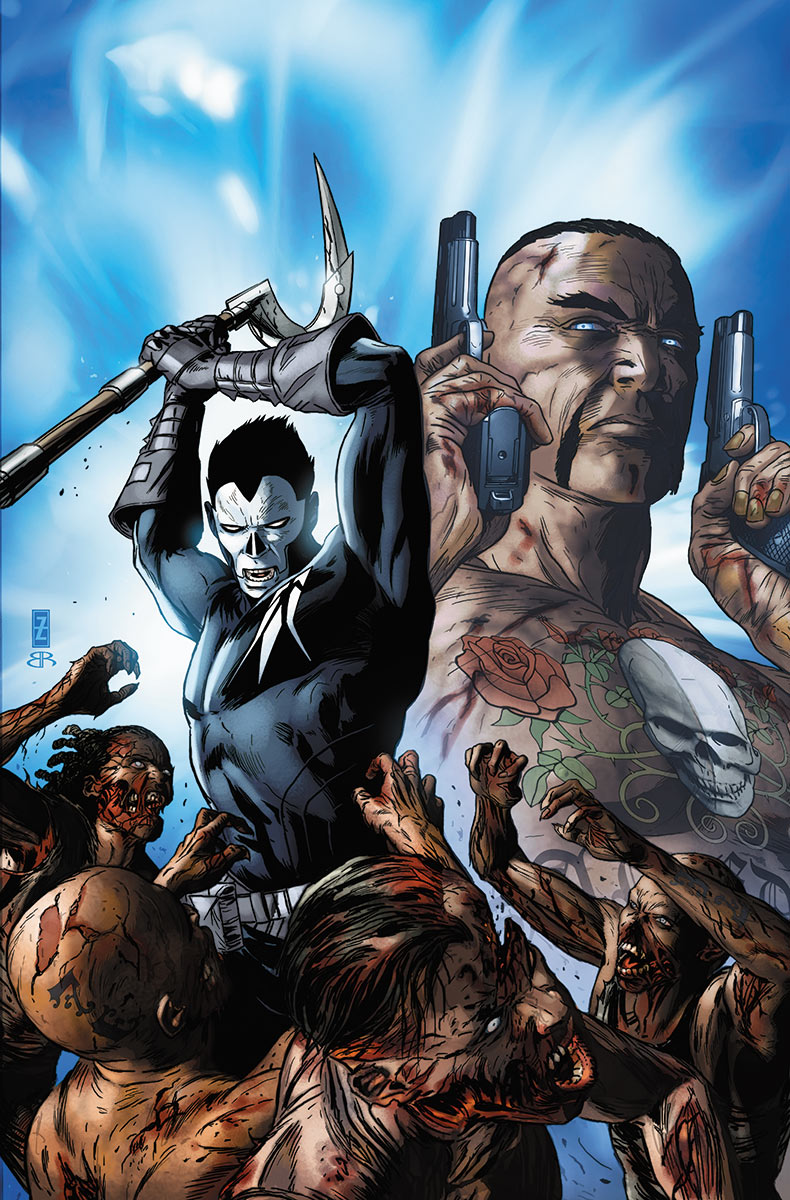 During DC’s June solicitations it was revealed that Patrick Zircher would be coming on as the new artist for Suicide Squad. Today it was revealed that due to his commitment with Suicide Squad, Zircher would be stepping down as co-writer and artist on Shadowman. Debuting in November, Justin Jordan (Team 7) and Zircher worked on the series together and always had big plans for the series:

“Every character has a core or essence of what they are, as well as visual cues that are their own. Those remain. After that, we want to take the character forward and make something that doesn’t rely on having read the early books. Some things will be familiar to older readers and some things won’t. This isn’t a title that was suspended for 6 months or a year. Shadowman has come back a generation later. It’s time for new things too.”

Zircher is credited through April’s sixth issue, but will depart with issue seven.

What are your thoughts on Zircher leaving Shadowman? Did you read the series? Will you read Suicide Squad now that he’s on it? Leave your thoughts in the comments below.