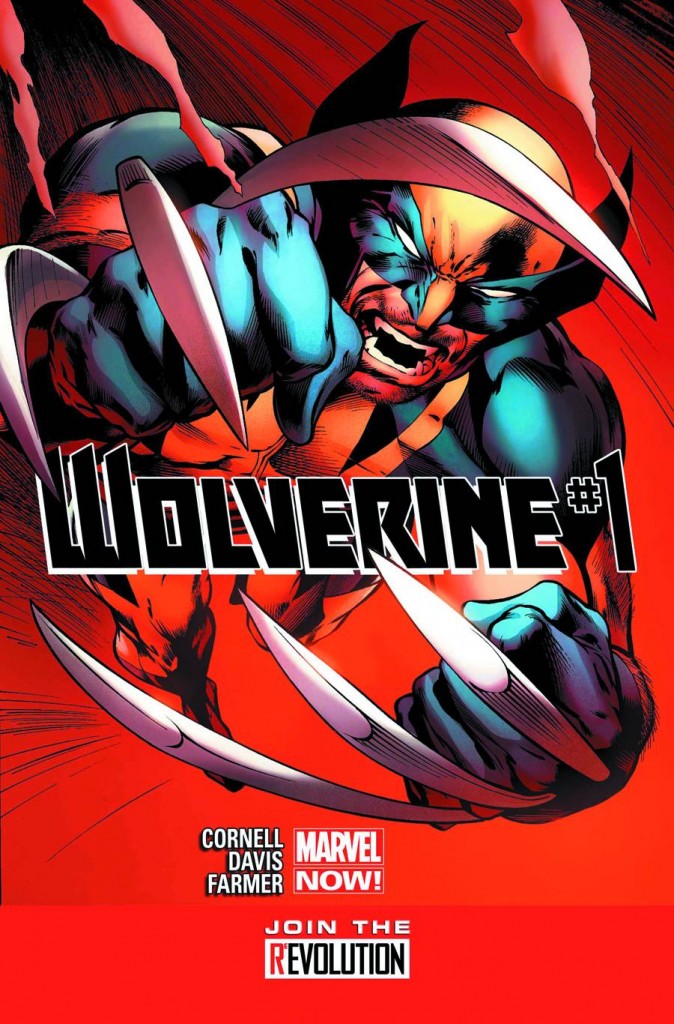 One of the sick fascinations that comes along with a Wolverine comic is seeing what grotesque injuries a writer can inflict on our hero, and just how detailed the artist can depict them. Well, if first impressions are everything, then Paul Cornell and Alan Davis get off to a hell of a start with Wolverine #1. The first page of this newest Marvel Now! title renders our hero in all his regenerative glory. It’s a fitting start for a book which flounders in its narrative movement and yet excels in its character depictions, is flush with charm, and is glorious to look at.

Right off the bat it’s clear that Paul Cornell has a solid grasp on writing everybody’s favorite Clawed Canadian. His Wolverine is the perfect stew of savage beast and caring hero. It’s a mixture that can quickly go too far in either direction, but when it’s played right, as it is here, it is the clear reason why Logan is as popular as he is. The range is especially impressive when we see him go from tenderly consoling a young boy on one page, to literally ripping a car apart with his bare hands on another.

Yes, Cornell has plenty ‘snikt’ for us to enjoy, but where the book really comes alive is in the great rat-tat-tat, between Wolverine and a police officer named Tomomatsu. The “His Girl Friday,” “Moonlighting” type banter they throw about brings a disarming amount of charm to a story that otherwise could have been lost in despair.  In fact, it’s the element of the book I’m most excited for in future issues.

All of these moments, big and small, are enhanced by the wonderful pencil work of Alan Davis.  The artist brings a 1970’s cop drama milieu to Wolverine and this works to give the book a very down to earth feeling. Mr. Davis’ characters are finely detailed and deeply expressive, which lends even more weight to the emotional, physical and humorous moments that are peppered throughout. Davis’ Wolverine, with his large frame and hairy chest, looks like the child of a Neil Adams’ Batman sketch, and I mean that as the highest possible compliment.

If I have one criticism to lay against Wolverine #1, it’s that the book feels insubstantial in terms of plot development. The entire issue is comprised of one long scene, and while it’s a good one, it doesn’t give the book a fast forward thrust.  A number one should leave the reader with a good sense of the world the book inhabits and the character that dominates it. Cornell nails the latter, but he falters when it comes to establishing where Wolverine is, and how he got there. Don’t get me wrong, I’m all for throwing your readers into a situation and then having them adjust as they go along, but if you do that what you toss them into better be pretty damn enthralling. Here, we are presented with a decent mystery and a few story hooks, but its really the investment in who these people are that has to keep us coming back for more. Luckily, there is so much to like about this book that I have no doubt I will make a return trip the next time it arrives on the stands.

Buy It – If you are a fan of Wolverine or looking to jump on board for the first time Wolverine #1 is a very good investment. Writer Paul Cornell gives you the basics of who Logan is, while still managing to fill his story with a lot of personality and emotion. Not only are Alan Davis’s pencils stunning, but his style is unlike any other artist working at Marvel right now.   The book does lack plot movement, but it’s so good everywhere else that it belongs safely on your pull list.