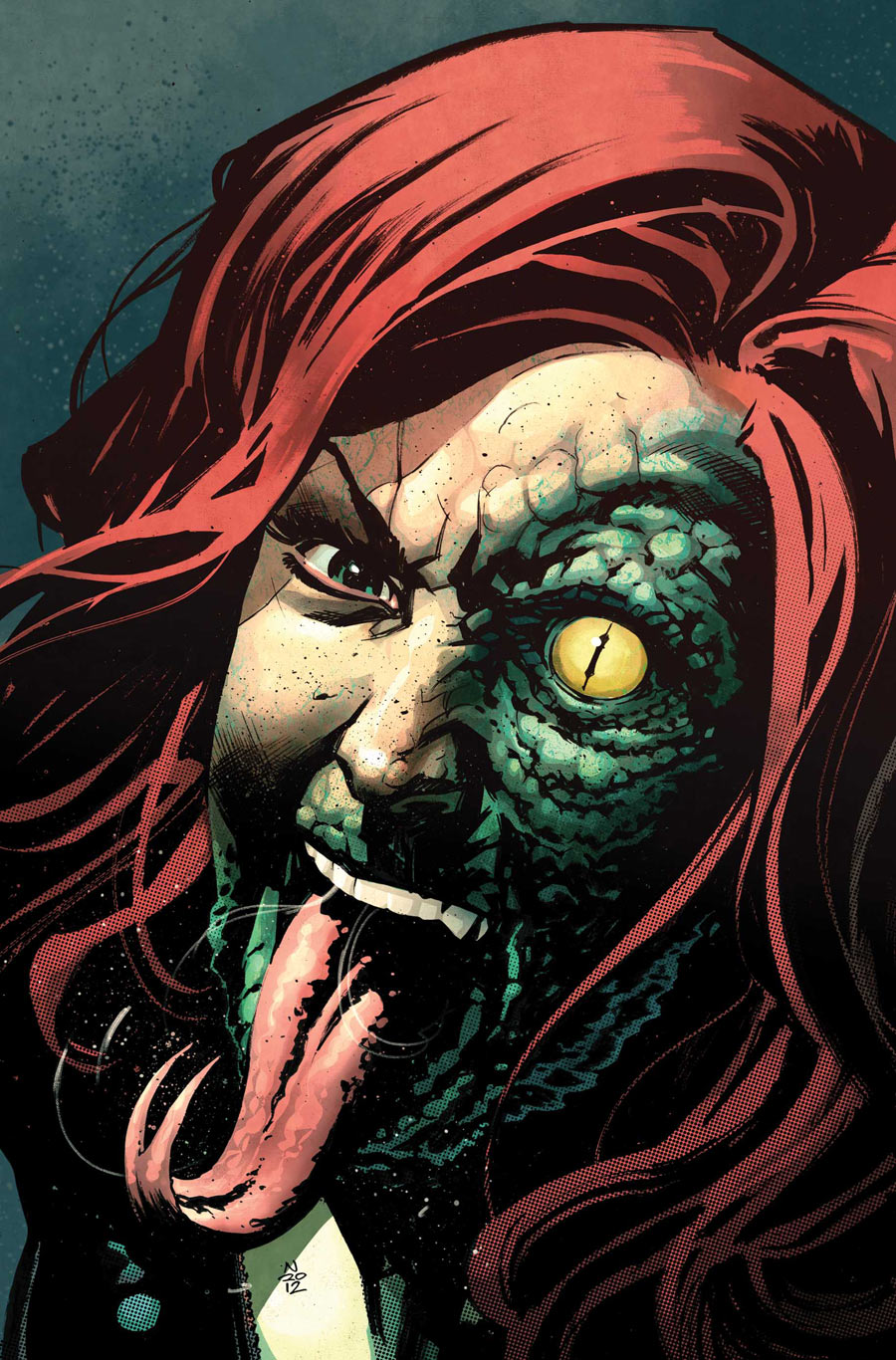 Last month’s Avengers Assemble kicked off an arc featuring Natasha’s process of redeeming herself to those she’s wronged. A simple black chip emblazoned with her widow’s symbol granted the owner an audience with Natasha – and an opportunity to balance the ledger. When a marker arrives, Natasha, Clint, and Jessica travel to Siberia to settle the debt. What waited for them was an ambush where Natasha must come face-to-face with a life she changed with one bullet.

Galina, the daughter of a man Natasha killed, has worked to perfect the krokodil serum (if you have a weak stomach, DO NOT Google krokodil drug). The Siberian sewers are filled with people dosed with the serum; the drug causes the user to evolve into a lizard-like person. The serum is not permanent, and each person must continue to take the drug to keep up his or her appearance. Natasha is presented to Galina as a chance to take revenge for the death of her father.

The issue bounces back and forth from the present day to that fateful moment where she killed Galina’s father. Natasha wouldn’t have made the effort to balance her ledger if she didn’t feel some sort of remorse for her actions. Moments after she kills Anokhin, she questions her role in the action. As a spy and assassin, Natasha works for a higher authority. She is not always in a position to make judgment calls and grant mercy to individuals. In a way, the karmic markers she gives out are her only way to reconcile with her past deeds.

Avengers Assemble is unique in how focused it is on continuing the vibe from the Avengers movie. DeConnick has made these characters accessible to novice comic book readers who loved the movie through subtle nods to the blockbuster (“Red in my ledger”, focus on fan favorite characters from the movie).

Avengers Assemble is a great superhero book without getting overly heavy and dark. Despite the issues Natasha is having with her past, the dark themes are paired with Jessica’s witticisms and lizard people. Not too dark, not too light, Avengers Assemble will be a great balance to your pull list. Bonus: if you are a Hawkeye-and-Black Widow fan, you will love the last panel.