At the SXSW Interactive Festival, the other big story to come out of the Marvel press conference (besides Gamma, #1 and Unlimited) was the announcement that they would be releasing weekly digital comics starting in July. The Infinite stories would serialize a 13 issue series over a year and feature a plethora of Marvel favorites. The first announced title is Wolverine: Japan’s Most Wanted, which will be written by Jason Aaron & Jason Latour, featuring art by Paco Diaz, with more to be announced at a later date.

On the decision to start with a Wolverine title, Alex Alonso hinted at this summer’s Wolverine film as being part of the reason.

“We’re hoping to use the story of the movie to carry some of that excitement over to the comic books. The fact that this story is set in Japan was calculated. But that said, the Jasons had to come up with exactly the right pitch to tell the story, and they had to run the gauntlet to get there. What we’re trying to do is deliver a comic book that first counts for the long term fan and they’ll understand how it’s woven into the continuity, and secondarily is exciting to the new or lapsed reader. We want to make sure we use all the bells and whistles and props available on this new canvass to excite people. The Jasons and Carlo have done an amazing job taking advantage of the pallet and all the tools. At the end of the day, you’re left with a very cinematic comics experience. There’s a sense of motion that the new technology allows for that makes for a completely different experience, but the reader still controls the pace of that experience.”

Alonso is also adamant about looking at the past Infinite Comics and seeing how they can take the good from those and build.

“You build upon what came before. When you see an innovation that your peer made, the natural tendency is to try and top it or learn from it. ‘If he zagged left, what if I zag right?’ You’ll see that every new innovation gives birth to another one. This is true of music as well. You don’t go straight from R&B to modern hip hop. There are stages in between…it’s the same with Infinite Comics now. We’re continuing to evolve. And we hope that however good our efforts are this year, we’ll exceed them next year. That’s always the goal.” 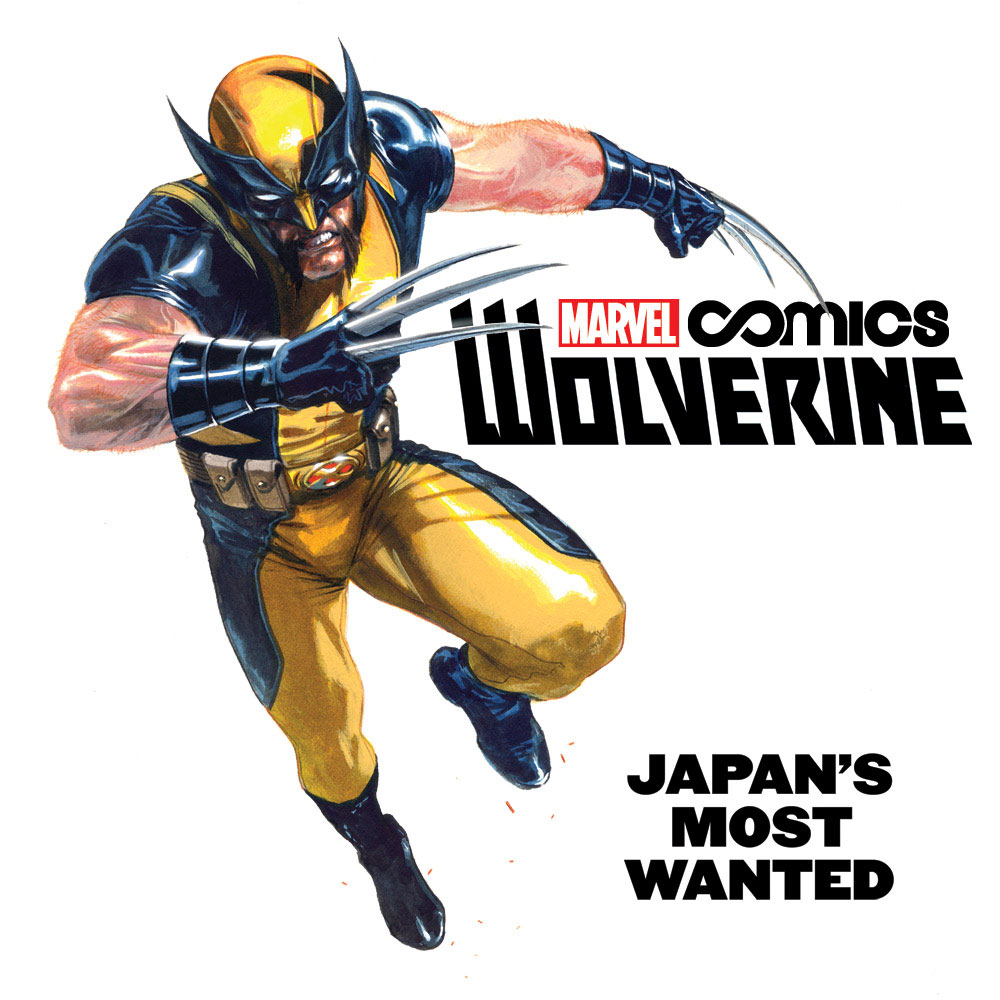 In terms of what to expect with Wolverine: Japan’s Most Wanted, Latour had this to say about what we should expect:

“It’s tied to what Jason’s done in that we directly spin out of Sabretooth’s vicious takeover of The Hand. This has left the ninja ranks thin, and cleared away many of the leaders and statesmen that were the backbone of the clan. It’s left their hold on the modern world in dire straits as well. But where other folks might see lemons, Sabretooth sees this as an opportunity to drag the ninja into the 21st century kicking and screaming. So he enlists the help and technology of the new Silver Samurai to do just that. Of course, Logan’s disgrace is key to the success of those plans, and very quickly you’ll see Wolverine on the run, hunted by the country he loves. We’ve got a damn metric ton of Ninja stabbin’ action as Logan fights to clear his name and stop this deadly new Iron Hand before it starts.  All that said, it’s very new reader friendly. All of this is revealed over the course of the story and your only requirement for entry is a desire to read about WOLVERINE VS. THE FUTURE NINJAS. If you’re still reading this, I doubt we’ve lost you there.

Jason Aaron had this to add:

One thing that I wanted to do with this story, and I got to do a little bit of it in that last “Wolverine” arc, was update the Hand and the traditional “Wolverine in Japan” story. We’ve seen those stories a lot going back to the classic Chris Claremont-Frank Miller mini-series. We’ve seen those scenes many times of Wolverine fighting a big pack of ninjas. The idea here is that there will be some of that, but we want to take this traditional Wolverine and the Hand style story, and take it somewhere it hasn’t been before. We want to try and update the Hand beyond just being guys in black pajamas jumping through windows with samurai swords. We want to update their methodology and really give them more of a face and a personality than I think they’ve had for awhile.

On why the two decided to take on a weekly digital only series, Latour had this to say:

“Well, my first and greatest love is print comics. But as anyone that’s worked on them knows, some of the limitations that add an awful lot to our medium are also at times almost needlessly difficult to overcome. For instance, you’re really required to account for the fact that your reader can see the future. So there’s very much a contract with the format. It asks you not to cheat and look ahead, to ignore a lot of what’s in front of you. One of the biggest possible gains in an Infinite Comic is that the stories unfold in pure sequence, one image at a time. It seems to put the element of surprise and the illusion of time into play a bit more. That allows us to do some unique things that make the environment and pace. It goes a long way in making things feel fresh. I also feel it’s a format that’s very accessible to new readers, as all it takes to learn how to read it is knowing where to tap to proceed to the next panel frame. That’s an experience much more in line with reading than it is watching TV or “motion comics.” It allows you to control the pace of consumption, which to me is huge. I see that as a big part of that tangible relationship that makes comics what they are.”