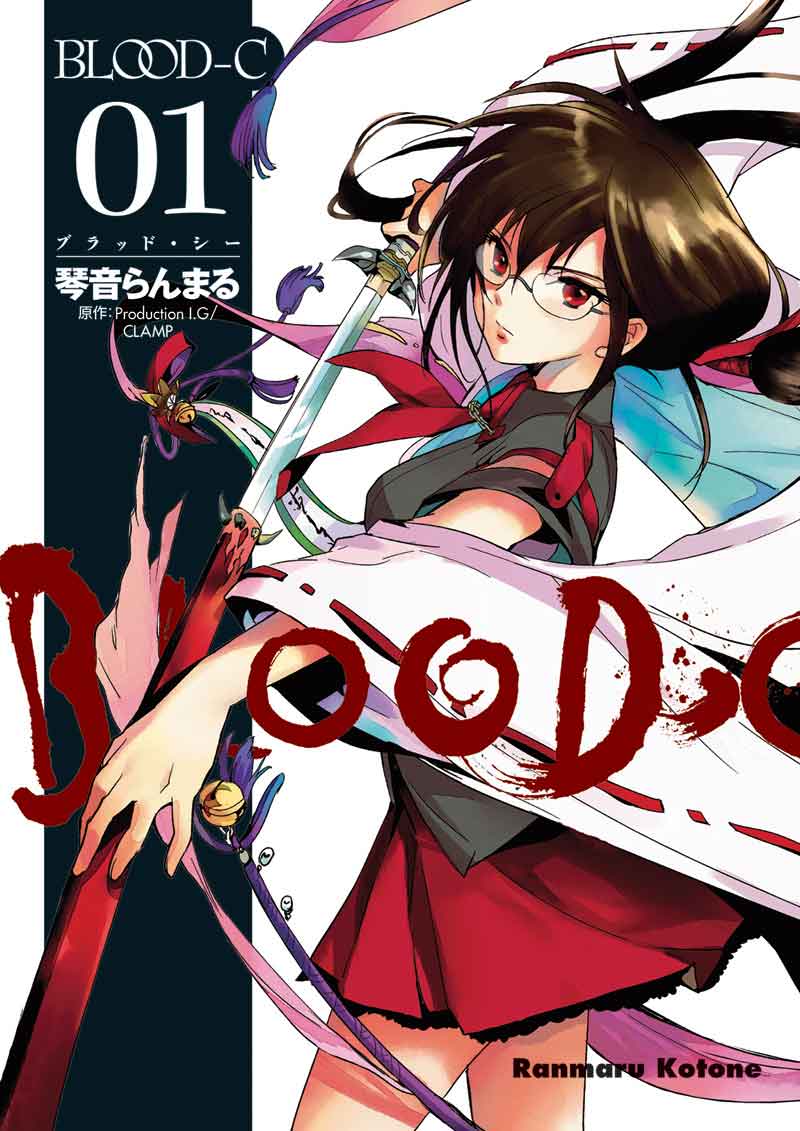 Adaptation and Art by Ranmaru Kotone

Any manga with CLAMP attached to it is going to be a fan favorite. Just look at Chobits, Cardcaptor Sakura, and xxxHOLiC. This group of female creators knows how to capture the imagination of their audience. Blood-C is no exception. Part of a series containing Blood+ and Blood: The Last Vampire, Blood-C blends action, school life, hints of romance, and monsters into one concise story. Kotone has taken a concept and made it appealing for a variety of audiences.

Blood-C introduces us to Saya, a clumsy and adorable high school student working at a shrine with her father. She’s overly kind, optimistic, and friendly. No one at school knows that a practiced swordsman is behind that adorable face.

Saya has a duty to protect the world from the ancient ones, giant monsters that occasionally plague the earth. With a katana, she slices these creatures and saves unknowing citizens. She is coached by her father and reminded of her late mother’s legacy. The pressure from home doesn’t interfere with her school life. Saya has a caring group of friends, a young man with a crush on her, and a normal academic life. This normalcy (a feature prominent in many manga stories) helps the reader connect with Saya. While we may not understand what it’s like to be a monster-slaying-shrine-maiden, we can identify with her school life.

The balance between real-world action and fantasy is good. Readers aren’t inducted into Saya’s duties until the very end of the first chapter. From then on out, much of the panel time is spent in day-to-day life establishing Saya’s character and her relationship with others in her world. We learn of her love for her small town and loyalty to those that raise her. She also shows interest in Shininchiro, a brooding young man in her class. No manga is complete without the brooding young man character. Shininchiro is a mystery to Saya, especially since he does his best to distance himself from the cute girl.

Blood-C draws you in slowly and creates a story that will bring you back for more. Strange happenings and mysterious behavior indicate that something wrong is going on in Saya’s hometown. The Ancient Ones may not be the only thing Saya needs to worry about.

Blood-C volume one is a great manga to pick up if you love rounded female characters. Saya is not obsessed with boys, takes her job seriously, and is incredibly likeable. For new manga readers, this is a good place to start. The style in Blood-C is similar to comic book artwork. Many of the kawaii elements are absent in this volume, giving it a more serious tone than other female-led action manga like Sailor Moon. Be sure to check out Blood-C from Dark Horse!