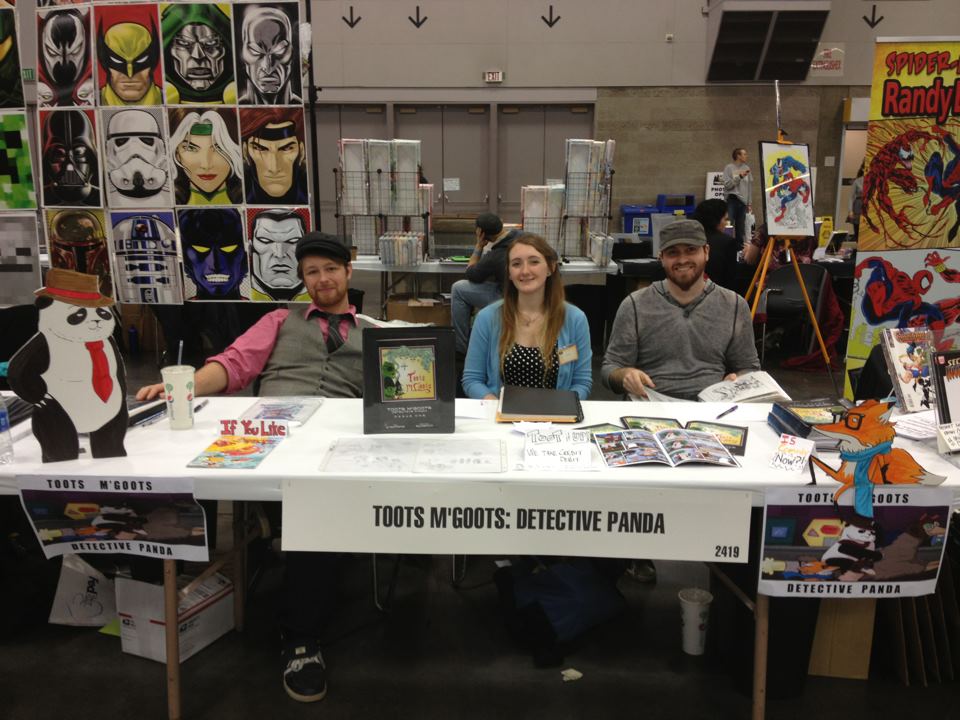 While I was at Wizard World Portland I got to talk comics with a lot of great people. Some of those people were the team behind “Toots M’Goots: Detective Panda.”

Talking Comics: What inspired you to write the book in the first place?

Ted (the writer): Mostly the name Toots M’Goots. I say a lot of gibberish names when I stub my toe or call out at somebody, I’ll just make stuff up. One of those names was Toots M’Goots I called somebody and then I thought “That should be a character in some kind of thing. Later I thought it sounded better as Toots M’Goots: Detective Panda and then stuff happened and we made it.

TC: What about the other characters in the book?

Ted: The fox, I just saw a picture of a fox when I was trying to think of other characters and I thought that would work. There’s not too many foxes I know in cartoons. Just whatever worked really. Some of them (the characters) were stuffed animals named after my girlfriend’s stuffed animals. Eugene the Unicorn was one of them and so was Minxy Moo. They are all stuffed animals/pillows…more just pillows. Sometimes I’ll name my pillows.

TC: When you got the story, how did you come up with some of the designs for the characters?

Brandi (the artist): Some of them I got the name and a very, very, very brief description of what they are, maybe a suggestion of what they could be. Outside of Eddie (the fox) and Toots, everything else was kind of “Do whatever you want with it.” Some of the characters, when you read the names and the descriptions, it’s just like a lightning bolt through your head of “Oh I know exactly what they look like.” Other ones took a little bit, like Stanzel and Nickel. I kept trying to draw Murdock from The Gorillaz for some reason because he (John) would mention he resembled The Beatles era with their suits and stuff. So I couldn’t really get the thought out of my head.

TC: So who’s decision was the hat?

Ted: I wanted him to have something special most characters didn’t have. Finn has his sword, Batman has his utility belt and Superman has his giant “S.” My favorite word in all of comedy is the word “hat.” It’s a funny word “hat,” you either get it or you don’t. And a utility hat that’s magic I think is unique. I don’t care what you think otherwise.

TC: In terms of the villains, how did you come up with the idea for them, especially Unconscious Man?

Ted:  Steve and I came up with the idea for the villains years ago. We used to make these videos for fun, like little movies and shorts, and in one of the shorts the villain we came up with was Unconscious Man and his henchmen Stanzel and Nickel. It was a live action movie, only about five minutes long and we never really finished it, but we always liked the idea of Unconscious Man, Stanzel and Nickel and now we’re incorporating it into this project.

TC: So what’s it been like coming to the convention and seeing everybody as interested as they are, especially as a smaller book with people getting introduced to the character for the first time?

(Note: By midday Saturday they had sold out of all their physical copies of the book)

Brandi: Fantastic is a good word to describe it. I wasn’t expecting it to sell out like it did. This is my first ever convention ever so it was definitely awesome. Just being able to watch the kids come up and their eyes light up when they see it, that’s awesome. I didn’t think it would actually work as well as it did. I’m glad to see all the new fans out there. I hope we can make more. 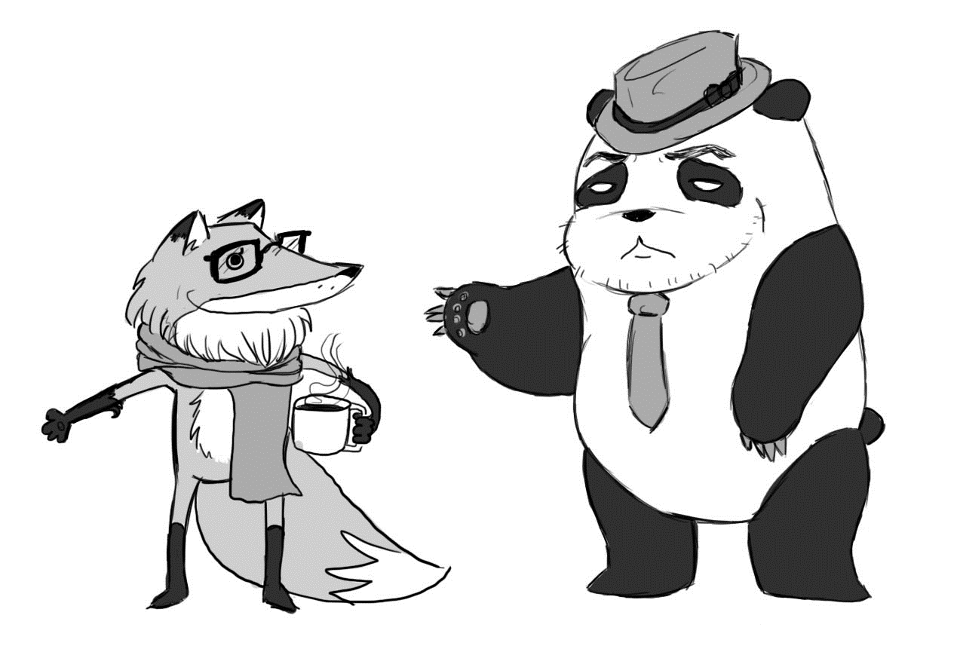 TC: For people who wanted to get their hands on the comic but couldn’t attend the convention, what would be the best way to do that?

Steve (The Third Man): Check us out on Facebook for all the updates. We will be putting out a new print in about a month if everything goes according to plan. If you like us on Facebook we’ll send you a little vignette/extra comics that go outside the storyline of Toots M’Goots but still take place in the world of Zoutland. I think that’s a nice little freebie/handout for anybody who’s just liking the page which is free in and of itself. Eventually we’re going to have a construct where we’re going to sell those issues.

TC: What’s the vignette going to be about?

Steve: It’s about endangered sea creatures who are endangered due to gang warfare. And that’s kind of our little thing we’re going to do. Go to different parts of Zoutland and show you what else is out there. It’s not just them (Toots), it’s a whole world there.

TC: How soon should we expect to see a second issue?

Steve: About three months. By then we’ll probably have an online ordering system and hopefully the word will have spread.

TC: Where did the name Zoutland come from?

Ted: Zoutland came from an expression Steve and myself often like to say when we see something that we enjoy. We’d just go “ZOUT!” And “land” is the opposite of water.