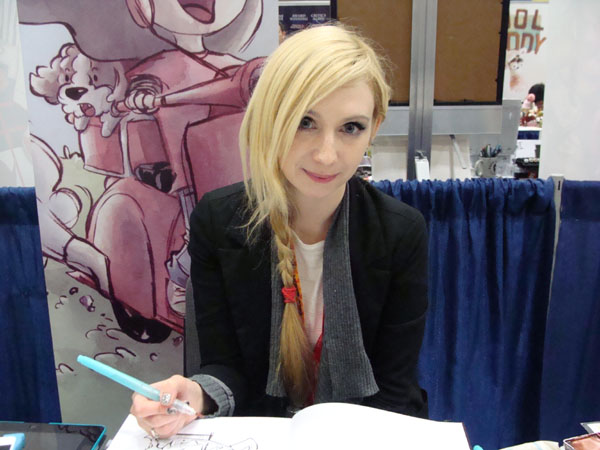 At the first annual Wizard World Portland convention this past weekend I got a chance to talk to a lot of people about comics. One of those people was Agnes Garbowska, an artist and author best known for her work on Marvel’s “Girl Comics,” the “Spider-Ham 25th Anniversary Special” and her creator-owned work “MyMisiu Gazette” and “You, Me and Zombie.”

Talking Comics: When did you know you wanted to become an artist?

TC: So what inspires you as an artist in terms of how you draw?

Agnes: Everything and anything. Really life itself inspires me. I just love going to museums, looking at new art books, Artists Alley at  shows like this really inspire me. Just going around from artist to artist seeing the different techniques used, I just get really inspired after every show and I just want to draw more.

TC: What are some of your favorite things to draw/have drawn in the past?

Agnes: I like drawing dinosaurs, aliens…aliens are fun to draw because you can draw whatever you want and just be creative. I’m known for drawing cute things so I just love trying to make things that shouldn’t be cute, and make them cute. And I like drawing superheroes, they’re always fun, and just creating my own characters in my spare time as well.

TC: Speaking of original characters, you’ve written and drawn a couple books yourself. What is some of the thought process/work that went in to creating your own books?

Agnes: It’s a lot of brainstorming because you have to think very strongly about the story itself. No matter how good the art is, no matter how cool the characters are, if there’s no story and no point for the characters to be doing what they’re doing, then it doesn’t intrigue someone to want to read the book. So I tried really hard to come up with fun story ideas like an all-ages zombie book, three girls in outer space adventures which is really all in their imaginations or “Waking up Abbey” which is all about a girl who wakes up every morning with new superpowers.

TC: For those who haven’t read your books yet, what kind of books are they and where could people get a hold of them?

Agnes: They’re for all ages so kids and adults can enjoy them. You can get them online through Amazon or you can get them through Graphicly via the digital copy. So if you got a Kindle, the iPad or whatever it might be you could read my books and check them out. They’re very whimsical stories and I just have a lot of fun with what I write.

TC: You were recently attached to the “Aw Yeah” Kickstarter going on right now. What was it like getting the news and working with the guys?

Agnes: It was amazing. I’ve been a fan of Franco and Art (Baltazar) ever since they were writing “Patrick the Wolf Boy.” When I first met them I just thought they were the coolest. I was introduced to Franco back in ’08 and Franco was like “You know what? We should totally do a project together,” and that’s where Peach came from. Franco wrote it, I drew it, but we never saw print. So then they were like “Yeah so we’re doing this ‘Aw Yeah’ thing, would you want to draw something for it?” I was like “Heck yeah!” So not only am I going to be doing a story with their characters, which I am so stoked for, but we’re also trying to put out an annual which is “Peach and the Isle of Monsters,” which is going to be simply amazing and I can’t wait for that to see print.

TC: So what is “Peach and the Isle of Monsters” going to be about?

Agnes: It’s a story about a girl named Peach and she goes on this adventure to prove herself. She’s on this hunt to find these monsters and along the way she learns a lot more about herself and that she can be stronger than she thinks she is. There’s a few twists and turns…it’s one heck of an adventure and I think everyone will enjoy it.

TC: What’s it like coming to all these conventions and meeting people who really like your work or are discovering it for the first time?

Agnes:  It’s the best thing ever. I really draw because I love seeing someone’s face when they smile and see my work. It’s why I draw the stuff I do and why I work with all-ages content. I love seeing kids come up and go “Daddy, Daddy this is so cute.” And I love the dads and moms going “You know what? This looks really cool, we love it as well.” It’s what keeps me going, knowing that there are people out there who want to see my work and enjoy it as much as they do. So I’ll just keep coming to shows as long as people want to see my work.

TC: You’re definitely at a lot of these conventions. How do you ever find time to sleep?

TC: Sounds about right. I’m glad I could get a chance to talk to you, thanks again for sitting down with me.

You can find Agnes on her website, her Twitter or her Tumblr (which has a full list of her Winter/Spring Convention Schedule). She also has three new prints available, be sure to click on the image below if you wish to see them. 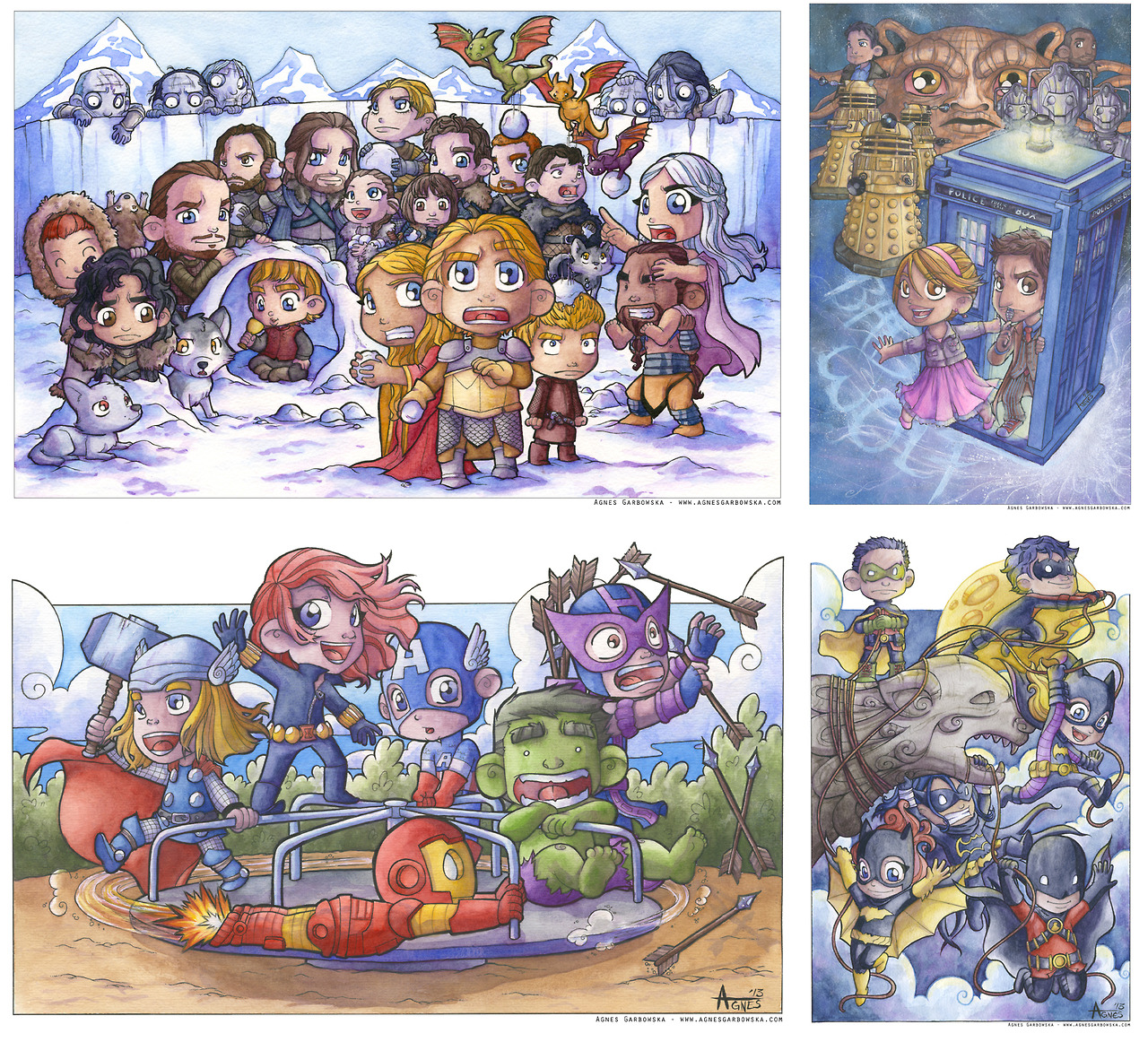