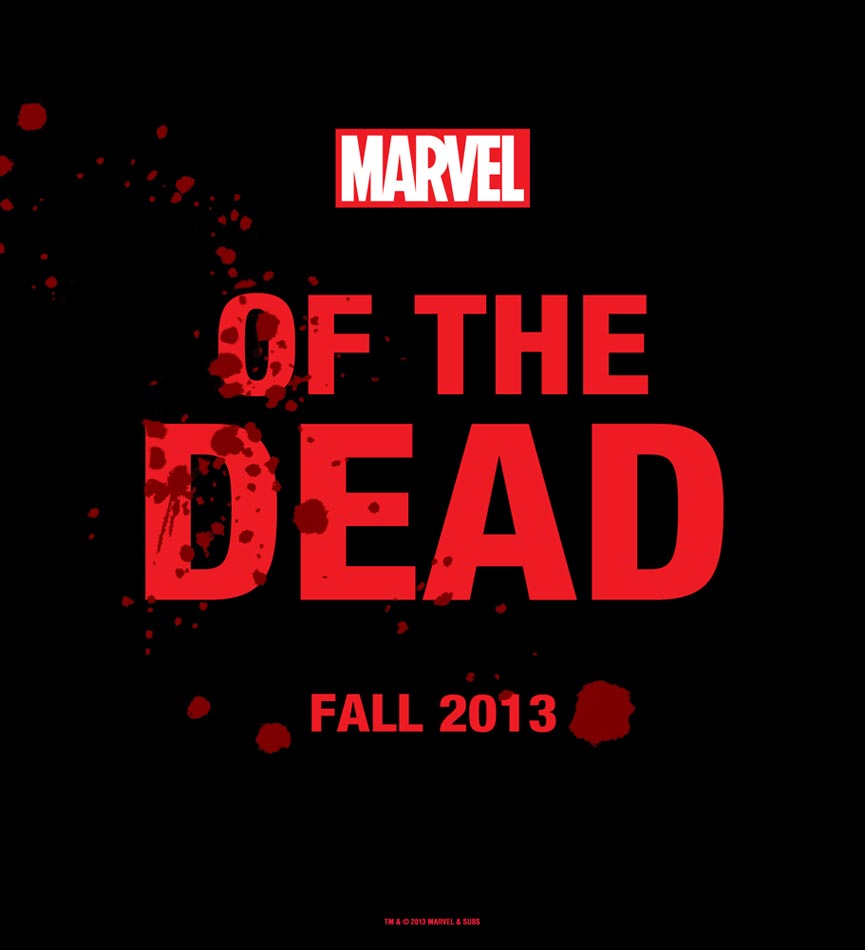 At the ComicsPro membership meeting, Marvel released a set of teasers for books that they plan to release this year. One of those teasers simply had the words “Of the Dead” with the Marvel logo on top. The obvious choice would be a zombie book, given the history that the term “Of the Dead” has had in cinematic history, but what else could it be about besides zombies?

Adding to the proof that this definitely might be a zombie book was the news that last October, George A. Romero announced he was currently working on a comic for Marvel:

“I am also writing a comic for Marvel. I’m writing it now, but it’s plot is a secret… I can tell you it won’t involve any of their on-going characters, there will be no superheroes. But it will involve zombies!”

Despite that though, there’s still a part of me that might think it’s something else. It probably is a zombie book, and more than likely will be written by Romero, but Marvel’s teasers have been extremely vague in the past and sometimes the obvious answer isn’t always the right one.

What do you think though? Are you excited for another Marvel based zombie book? What if it was written by George A. Romero? Leave your thoughts in the comments below.