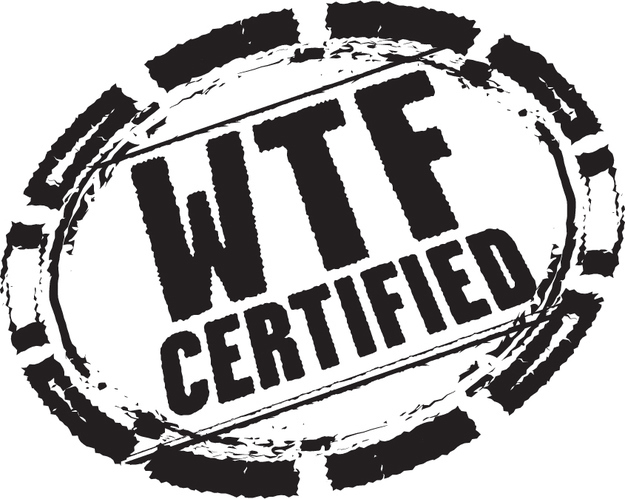 At the recent ComicsPro membership meeting it was announced that DC would not be going forward with the “WTF Certified” tactic that was supposed to be on the cover of DC’s April issues. Though an official logo was made, Diamond and DC have both confirmed that it won’t be used. The fold out covers (which when folded out would give a hint as to the big reveal that would be “WTF Certified”) will still remain.

The reasoning behind dropping “WTF Certified,” according to co-Publisher Dan DiDio, is that they “didn’t need it” and “the books have attracted attention from the marketplace already, and that retailers and readers are now aware of the significance of the gatefold covers.”