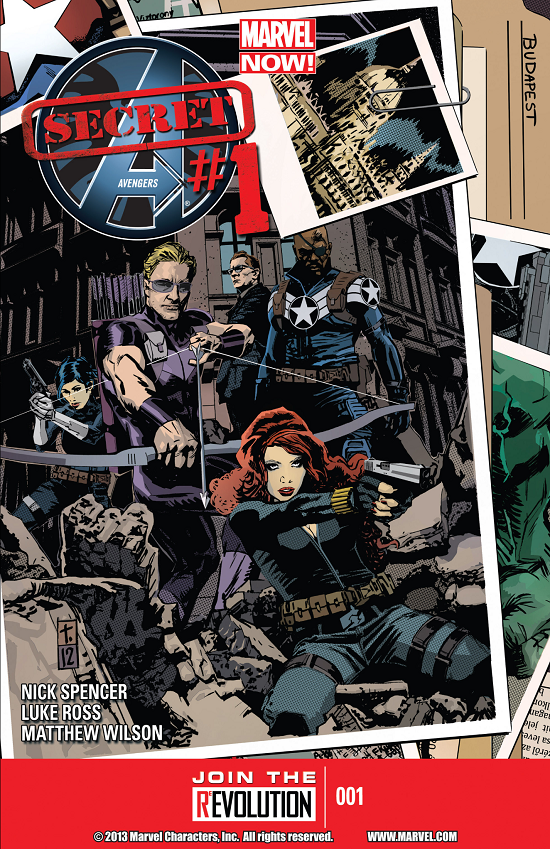 The basic premise of this new series is heroes will go on covert missions, but will have their memories erased of it. Spencer provides us with a nice one-and-done story for the first issue. The mission itself is pretty trivial and a throwaway to the overall story that is beginning here. It does serve its purpose though. This issue’s mission is the suspension fluid Spencer uses to inject the groundwork for a more mysterious and equivocal story.

When I was coming up on the last two pages of the book I thought I was going to close it, sigh, and say, “meh.” However, It’s these last few pages that got me intrigued and wondering, “Why would they do that? What’s their game and what do they gain?” It got me to rethink and reread though the issue and change my initial thoughts of the book. Now, I am genuinely curious to know what is going on, so I am eagerly waiting to read the next ish.

There was nothing particular that wowed me, but I enjoyed the art from Ross here. There were a few panels that I thought felt a little flat, but overall I enjoyed the detail and expressions he gives the characters, even in smaller panels.

Spencer has given us a fun first issue with the foundation leading to a bigger mystery. I enjoyed this issue, but I can’t make a firm “you have to buy this” claim. If you are into covert stories and the duplicitous nature of the spy life, then you might want to check out the first issue of Secret Avengers. This title doesn’t appear to be linked to the other Avenger titles, so if this is the only Avengers title you are reading; you can enjoy it without the worry that you are missing part of the story.