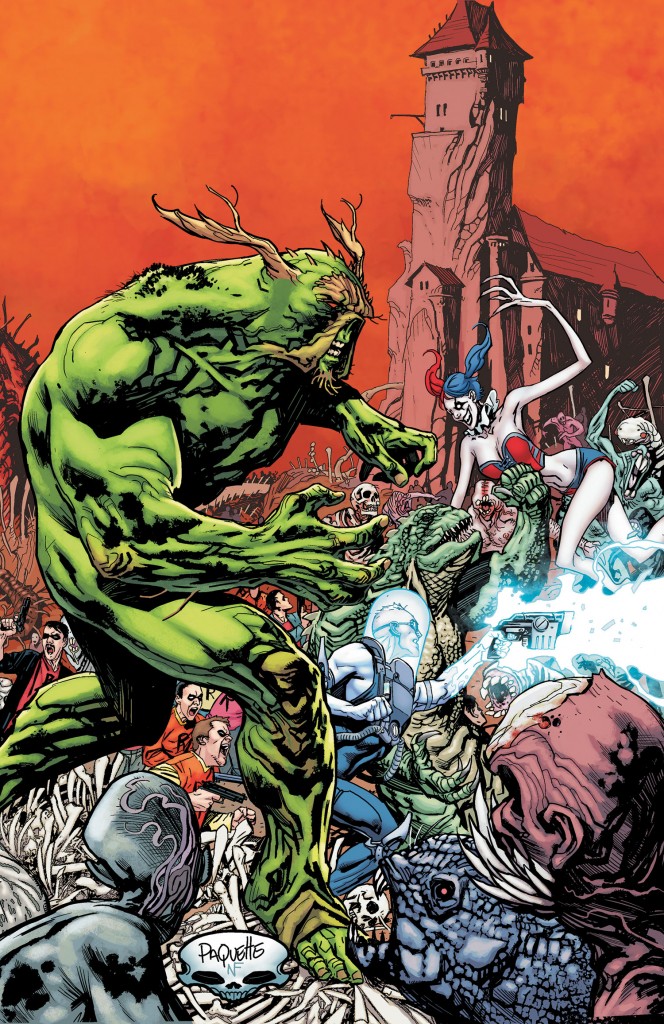 The battle to save the Earth comes to a close with the conclusion of Rotworld. I’m not going to spoil this issue for you all I’m going to say is that it’s awesome! I’ve enjoyed this series from the beginning and it’s just been an excellent adventure. You’ll need to read Animal Man #17 first before reading this book.

In the story many sacrifices are made, one super-hero plays a vital role and Animal Man and Swamp Thing are even more pushed to the extreme emotionally and physically as they battle the rot and the rot’s avatar Arcane. Will they see their loved ones again? You’ll have to read it.

The creative team on this book have been amazing and I’ll be sad to see Synder and Paquette go. Next month will be their last issue on this book.  The writing and art have been fantastic.  The teaming up with the Animal Man creative works well. Animal Man is a great book as well and the team has done an excellent job. The horror of Arcane and his rot minions is not only felt visually, but mentally as well. It’s just a kick-ass horror book.

Buy it! If you haven’t gotten a chance to read the entire series from the first issue, I believe there is a trade or two available now.