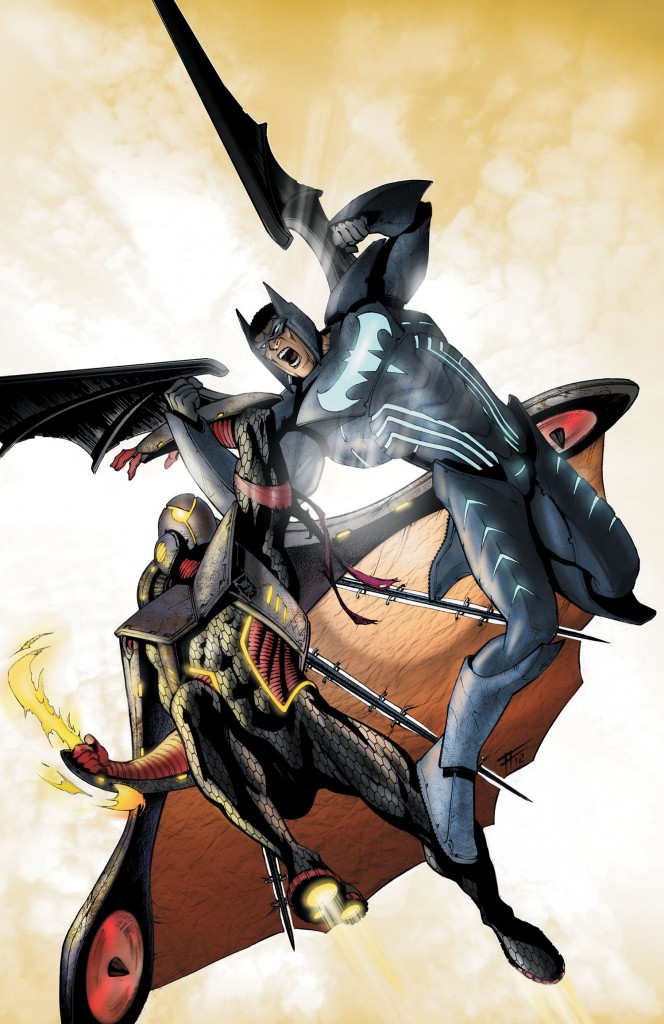 Doing the right thing isn’t always easy as David Zavimbe aka Batwing knows too well.  After getting a witness to come forward  and protecting them in order to arrest a rich boy who had murdered many women, David is officially ostracized from his corrupt police force as his superior assigns him desk duty.  Things aren’t even going well for David’s alter-ego Batwing either. The rich boy has a father who wants to get back at Batwing so he’s hired some heavy duty characters to clip the Bat’s wings.

So what’s a Bat to do? Fight back and continue to do the right thing.  It’s not only a hard road, it’s a dangerous and lonely one as well. David isn’t alone though he’s got Matu trying to look out for him but who’s going to look out for Matu when Marksbury’s agents come a calling? Meanwhile David is dealing with his own problems-he’s trying to prevent Marksbury’s son from escaping all the while avoiding being assassinated by his fellow cops and he runs into an old friend. Will this be the end of David and Batwing?

I enjoyed this issue. It was fast paced, there was a lot of action and I enjoyed the art. I don’t understand why Batwing’s armor isn’t as good as Batman? Is Bruce getting cheap?

I know many of you have dropped this book, but I haven’t. The series had a strong start and has had meh going after that but I’m not giving up on this book. I think Batwing is an interesting character and I know that with the right creative team his stories will be stronger. I’ve liked this creative team so far, but it was announced last week that writers Jimmy Palmiotti and Justin Gray will be taking over (if DC hasn’t changed their mind again) so I’m excited about that since I’ve been enjoying All-Star Western, but I’m also a little disappointed because the current team hasn’t gotten to stay on this book for a longer period.

Pick this book back up and give it another chance, especially since Palmiotti and Gray will be writing it.