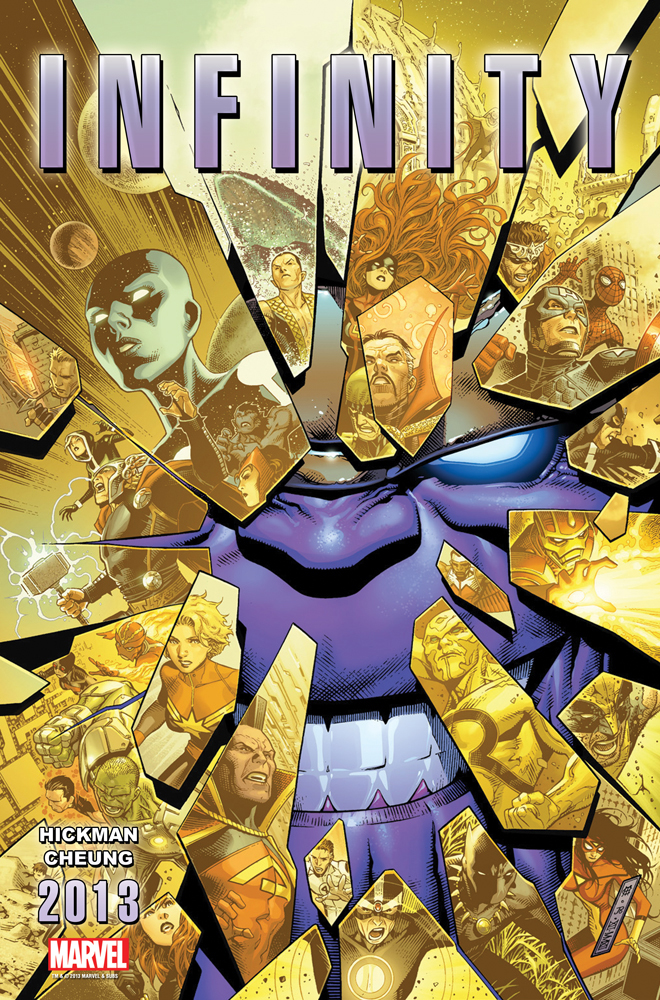 With “Age of Ultron” right around the corner, Marvel is already teasing their next big event entitled “Infinity.” Featuring Thanos, as well as all the major players in the Marvel Universe (Avengers, X-Men, Guardians of the Galaxy, Fantastic Four, Inhumans, Superior Spider-Man ect), Marvel is calling it the “grandest Marvel Comics event of all time.”

We will get our first look at “Infinity” during this year’s Free Comic Book Day and the story will be written by Avengers scribe Jonathan Hickman and feature artwork by Jim Cheung. It will also feature an exclusive look at a yet to be released title.

Marvel had to say about “Infinity” in an official press release:

“This May for Free Comic Book Day, prepare yourselves for the greatest battle for survival ever waged in the Marvel Universe as Marvel marches towards Infinity! In this all-new story by the blockbuster creative team of Jonathan Hickman and Jim Cheung, witness the opening shots of the war that will be heard around the galaxy. Plus, get a sneak peek behind a major Marvel release that hasn’t been announced yet and relive Thanos’ first solo story.”

“Free Comic Book Day: Infinity” will be released May 4th.