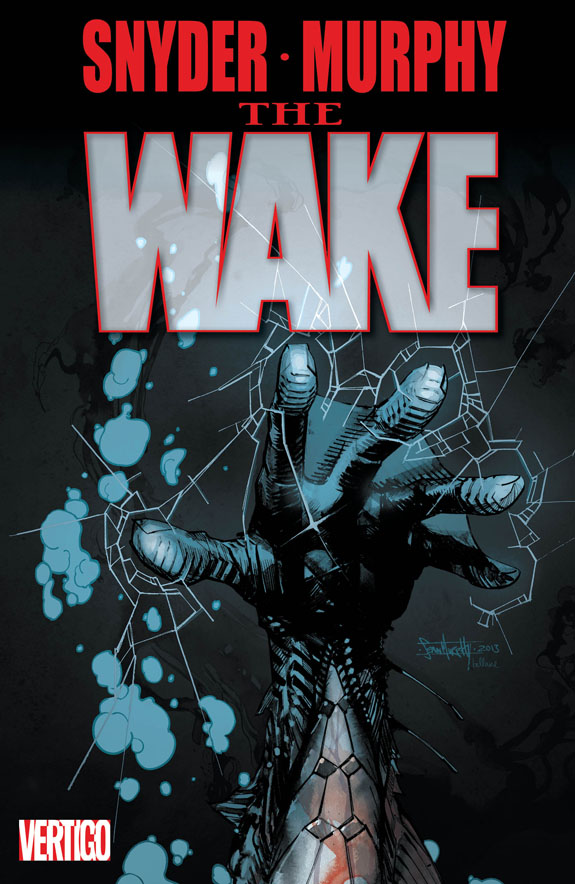 At last October’s New York City Comic Con it was revealed that Scott Snyder (Batman, American Vampire) and Sean Murphy (Punk Rock Jesus) were working on a new miniseries entitled “The Wake.” It’s been nearly three and a half months and we’re now getting more details on the series, including a synopsis, date and the official cover to the first issue.

“When Marine Biologist Lee Archer is approached by the Department of Homeland Security for help with a new threat, she declines, but quickly realizes they won’t take no for an answer. Soon she is plunging to the depths of the Arctic Circle to a secret, underwater oil rig where they’ve discovered something miraculous and terrifying…

Writer Scott Snyder and artist Sean Murphy bring their acclaimed talents to this sic-fi epic that explores the horrors of the deep, probes the origins of human history, and leaps far beyond to a frightening future.”

What are your thoughts on the series? Are you excited for it? What do you think of the combination of Snyder and Murphy? Leave your thoughts in the comments below.