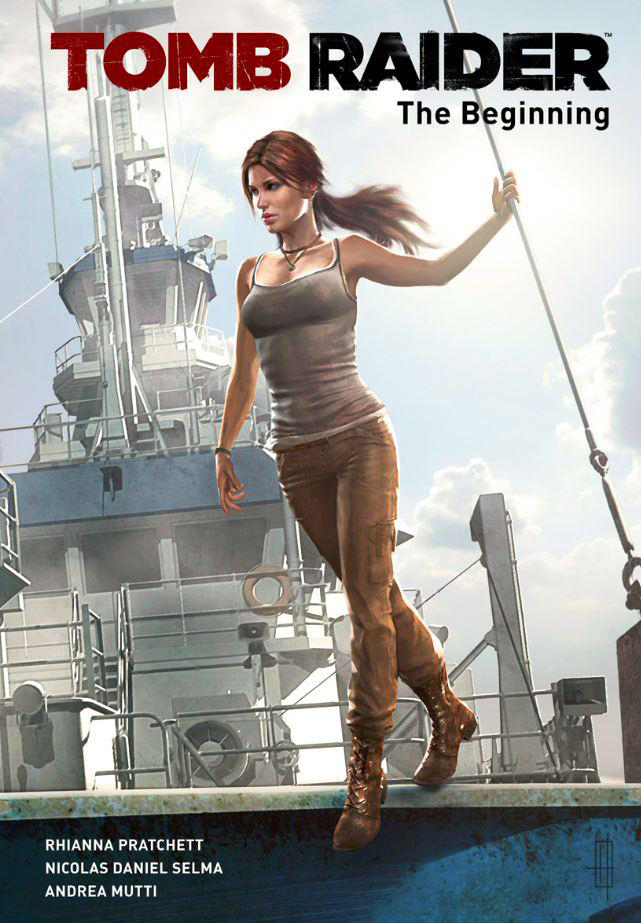 In just a few short months, Square Enix will be releasing the rebooted version of the famed Tomb Raider series, which will focus on a younger and more inexperience Lara Croft. Along with the video game, Tomb Raider will also be getting a reboot in comic book form. Top Cow originally ran a Tomb Raider comic from 1999 to 2005, but now Dark Horse has plans to launch a new ongoing, as well as a 48 page prequel story known as “The Beginning.”

According to Dark Horse, “The Beginning” will show how Lara Croft got into raiding tombs in the first place:

“Tomb Raider: The Beginning follows the story of how the crew came together for The Endurance’s fateful mission to discover the lost Japanese kingdom of Yamatai. Originally intended to feature as the latest installment of Dr. James Whitman’s successful archaeology show, Whitman’s World, the show-biz archaeologist gets more than he bargained for when he enlists the help of Captain Conrad Roth. As Roth’s unique and eccentric crew gradually come together and share their stories and secrets, the expedition faces unexpected threats before it’s even begun.”

Dark Horse editor Dave Marshall is especially excited for “The Beginning” as well as the upcoming ongoing series:

“The bold new vision of the game demanded we bring an equally fresh approach to the comics. We’re excited for Tomb Raider fans to experience a new side of Lara Croft as they accompany her on the earliest parts of her first adventure.”

“Whilst penning Lara’s origins story for the game I had lots of ideas about the world she and the other characters inhabited, and the story behind their voyage: as great to be able to flesh out the world of Tomb Raider and work with the talented team at Dark Horse to bring Lara Croft back to comics.”

A release date for the ongoing and “The Beginning” hasn’t been revealed yet, but those who pre-order the game from Best Buy will get their hands on the comic first.