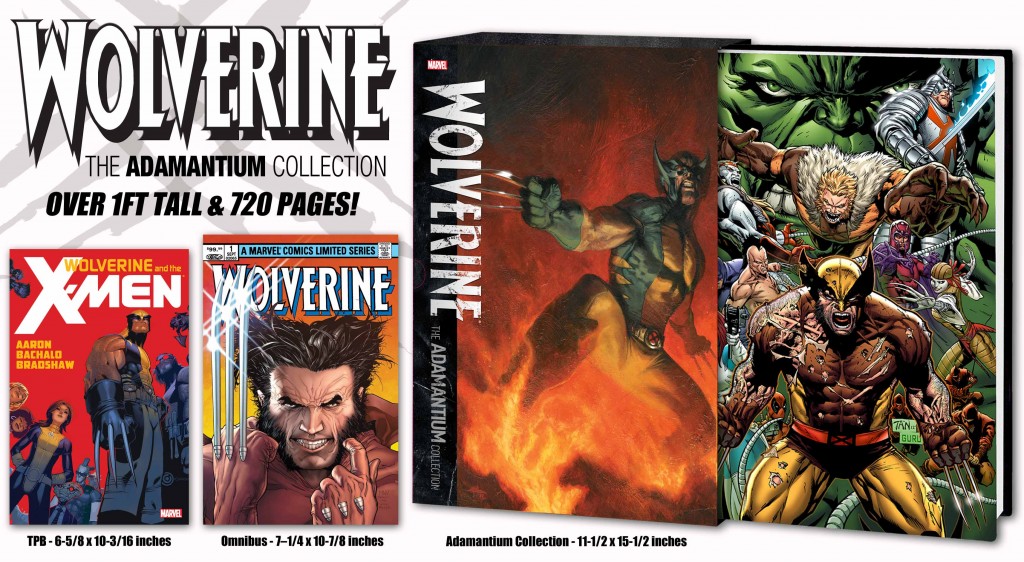 James Mangold’s adaptation of the Chris Claremont/Frank Miller Wolverine miniseries entitled “The Wolverine” will be hitting theaters this July. Announced earlier today, you’ll finally have the chance to catch up on the whole story of James Howlett, from his earliest memories to Headmaster at the Jean Grey School for Higher Learning. This collection will be known as “Wolverine: The Adamantium Collection.”

This collection weighs in at 16 pounds, is a foot tall and includes over 700 pages of comics. That definitely sets it apart from the usual collection. Editor-in-Chief Axel Alonso did this on purpose:

” Wolverine is the Clint Eastwood of comic book characters, an enigmatic loner with a sin-riddled past that he’s desperate to atone for, even if he won’t outright admit it. With such a rich history, fans of the character are in for a real treat, because even if they’ve read all the stories before, with the ‘Adamantium Collection’ – they’ve never read them like this!”

According to the press release, the collection will include the following:

“Wolverine: The Adamantium Collection” will be released in June. What are your thoughts on this foot tall, sixteen pound collection? Leave your thoughts in the comments below.