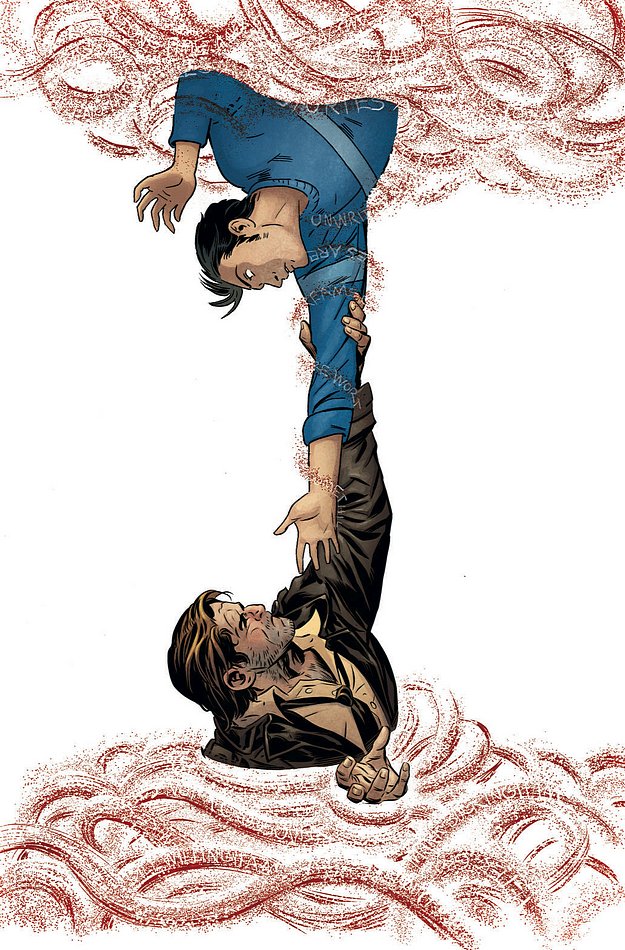 That was the headline released alongside this teaser image for the upcoming 50th issue of The Unwritten. The mash-up was first announced during NYCC last year but more details, along with the image, were released earlier this week.

Bill Willingham, the author of Fables, had this to say about the event:

The Unwritten #50 will be released in June.