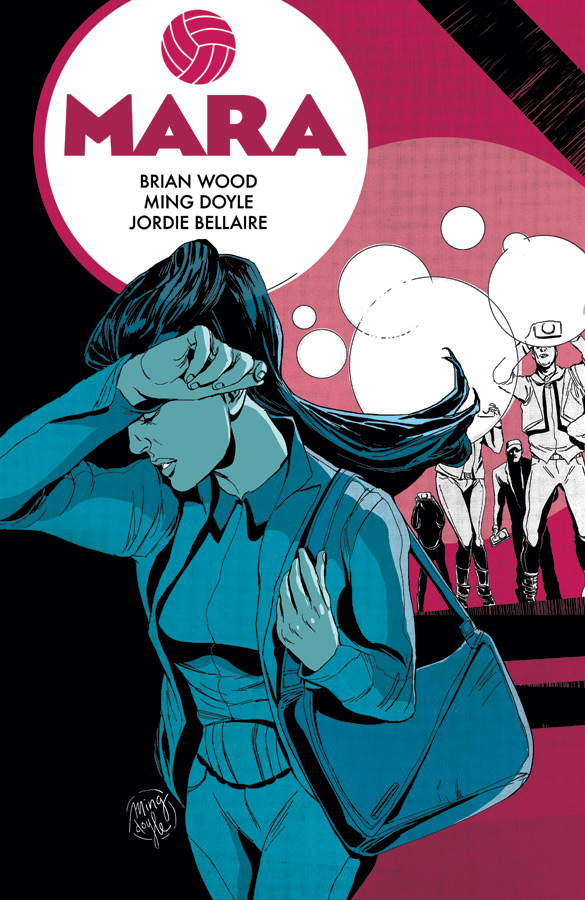 Following up her questionable performance, Mara must now face a public hungry for answers. She moved a total of 17 feet while a volleyball moved two centimeters. The cameras caught it all; there is no hiding from millions of fans. What happened on the court that day? Did Mara cheat?

Keep in mind the setting of this series. Sports has the potential to change a country’s status in the world, to incite wars, or establish dominance. The glitch in the game is more of a security threat than a mere ethical dilemma.

Mara clearly feels the stress of the events of late. Her brother relays the rumors he hears on the military base. Her publicist stresses the importance of shutting up. Her teammate, Ingrid, is poised to topple the United States’ most cherished sports treasure. All the while, she has no idea what happened or how to prove she was a victim.

Wood and Doyle sprinkle glimpses of this new society throughout the book. From the method of communication between Mara and her brother to the luxurious CorpJet, we see the glitz and glamour of Mara’s life. On the flipside are the conditions in which some children are raised. Camps in the country are privately run to instill all-American values in their youth. Some of these camps specialize in a sport, such as the one Mara was raised in. The facilities are highly competitive with a do-or-die mentality. When Mara and Ingrid visit a camp to work with the young girls, Mara begins to see that her problem will not leave her anytime soon.

While Mara may feel slow at first, it is in Wood’s best interest to set up the stage. The glitch during the volleyball game wouldn’t be as serious if readers didn’t see the importance of Mara’s status as a national hero. The pain Mara feels in the second issue would feel as hopeless if we didn’t see how multiple minor characters handle the news. Mara is definitely a plot-driven book. For readers who crave subtleties in their comic books, Mara delivers.

It’s a buy, especially if you can find the first issue. The second issue does a great job briefly recapping the events of the first, so new readers can safely pick up Mara and enjoy the story. Doyle’s artwork continues to distinctively set this book apart from other series out there. It’s always a breath of fresh air seeing female characters drawn to convey power and expression.