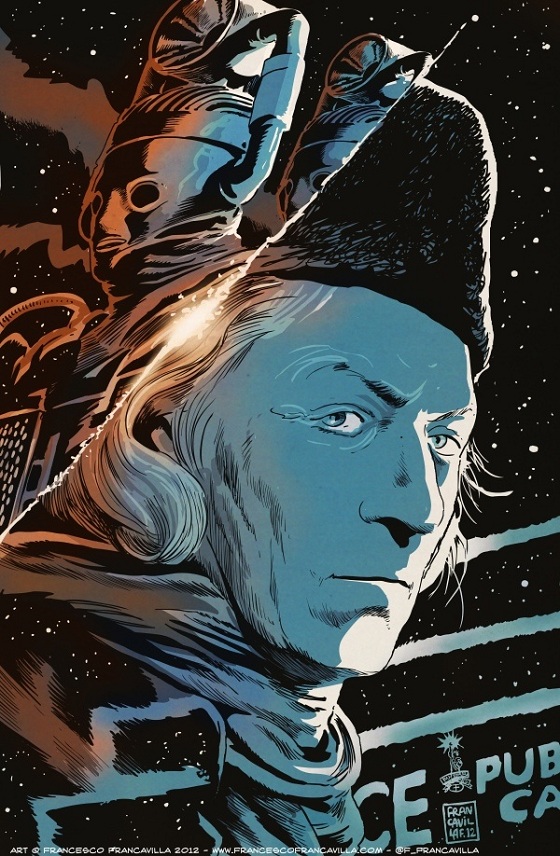 Doctor Who: Prisoners of Time #1

A little fandom called Doctor Who will be celebrating it’s 50th anniversary the year. Rumors have been spreading around the internet as fans speculate what BBC has in store for their devoted fans. The comic world is not immune from Who Fever. Doctor Who: Prisoners of Time is a 12-issue miniseries, each month featuring a different Doctor. The details of the final issue in the miniseries have yet to be released. In true fandom fashion, Doctor Who fans believe the final issue will bring all 11 Doctors together or introduce a new incarnation of the Doctor.

The premiere issue in the Doctor Who: Prisoners of Time miniseries features the First Doctor. The Doctor and his companions travel to 1868 to attend a lecture by Thomas Huxley. Huxley (of Darwinism fame) shares his concern about his missing students who were last seen exploring the tunnels under London. Strange creatures living underground interrupt their visit to the College of Surgeons.

One of the strengths of any Doctor Who story is the expectation of time travel. From the first page, we see a mysterious cloaked figure study the life of the Doctor. This person knows who the Doctor is and was, and they are more than aware of the number of companions who have travelled alongside the Doctor during his many adventures.

Fraser keeps his artwork pretty basic during this first issue. For the most part, each panel spans from one edge of the page to the other, creating a widescreen effect. When the action kicks up, Fraser breaks these wide panels into smaller portions, showing the reader the speed and danger of the content.

For Doctor Who fans, Doctor Who: Prisoners of Time is a great read. The series will revisit all of the Doctors, highlighting the companions along the way. The covers are great; there are several to choose from with each Doctor, including a photo cover.

Doctor Who fans will want to jump on this series. Old fans will love the focus on the history of the fandom, and new fans will get a chance to meet older incarnations of the Doctor. While the first issue is not a must-read, it is a promising start to a fun miniseries.