FacebookTwitterPinterest
Was "Crisis on Infinite Earths"; The Most Significant "Event", or a Missed Opportunity? Find out in this latest Tales from the Archives! 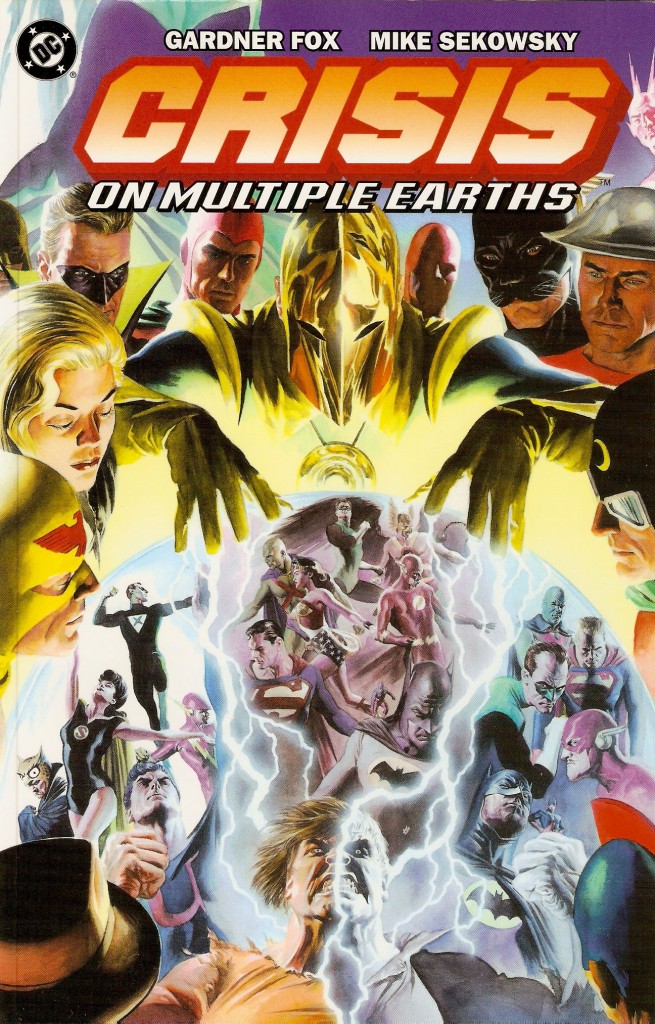 “Crisis on Infinite Earths”; The Most Significant “Event”, or a Missed Opportunity?

A “Tale From the Archives” by Bob Reyer

We had an interesting question this week on the Talking Comics podcast from listener Ted Bell regarding what we thought the most significant “Event” in DC or Marvel history had been, and why. The consensus opinion from us, and what would most likely be the majority opinion from both comics fans and pundits would be DC’s 1986 epic 12-part maxi-series Crisis on Infinite Earths. DC management had decided that their rich tapestry of inter-woven continuity had become so dense, so convoluted, that new readers were not only unable to sort it out, but weren’t coming to the table at all! With that in mind, Crisis on Infinite Earths was set into motion to whittle down the multiple Earths to a single, more easily grasped world, and prune away some of the silly excesses (The Legion of Super-Pets? Wonder Tot??) that had built up over the preceding years.

Here’s the history of the “DC Multiverse” in a nutshell: “Flash of Two Worlds” (Flash #123, written by Gardner Fox) introduced the concept of Earth-Two, and re-introduced the Jay Garrick Flash after many years away from comics. Jay re-appeared in #129 and #137, that latter issue re-introducing the Justice Society in its closing pages. That summer saw the publication of Justice League of America #21 (“Crisis on Earth-One”) and  #22 (“Crisis on Earth-Two”), both by the team of Gardner Fox and Mike Sekowsky, which featured the first-ever meeting of the Justice Society and the Justice League, truly an “event” for the ages! For the next twenty-odd years, the JSA and the JLA would team up each summer to combat some “crisis” that neither team could handle on their own. Along the way, the “multiple earths” concept grew to include new worlds featuring the Quality Comics characters, Captain Marvel (“Shazam!”), the Seven Soldiers of Victory, and all manner of forgotten characters,  and the “legacy” heroes of the JSA would headline their own title, and guest star across the DC line.

It was this continuity that DC higher-ups decided had to go, so COIE was born to fix it. Sadly, it really didn’t need that radical a fix. There were problems to be sure, as early Silver Age DC books were not really tied to each other in the way now familiar to readers, which had lead to some rampant inconsistencies, but that had begun to change by the late 60s, so in my opinion, a better option would have been to find a way to jettison the “goofy stuff”, but leave more of the wonderful history intact. I can hear you asking “How, Cranky Old Uncle Bob?”; well, let me tell you a story! (Darlings, you may want to grab a beverage while Robert catches his breath!  Audrey)

Generally speaking, the Golden Age is thought of as beginning with Action Comics #1 in 1938, but its ending is a bit more nebulous. Some say it’s the last JSA story in All Star Comics #57 in 1951, others say it’s the end of EC in 1954, and there are many more un-agreed-upon “ending points” than beginnings. It is almost universally thought that the start of the Silver Age is Showcase #4 in 1956 which introduced the Barry Allen Flash (although the Martian Manhunter would appear first!). (“Where are you going with this,COUB?”) Well, DC continued to publish Superman, Batman, and Wonder Woman throughout the decade of the 1950s, so to what era do they belong? 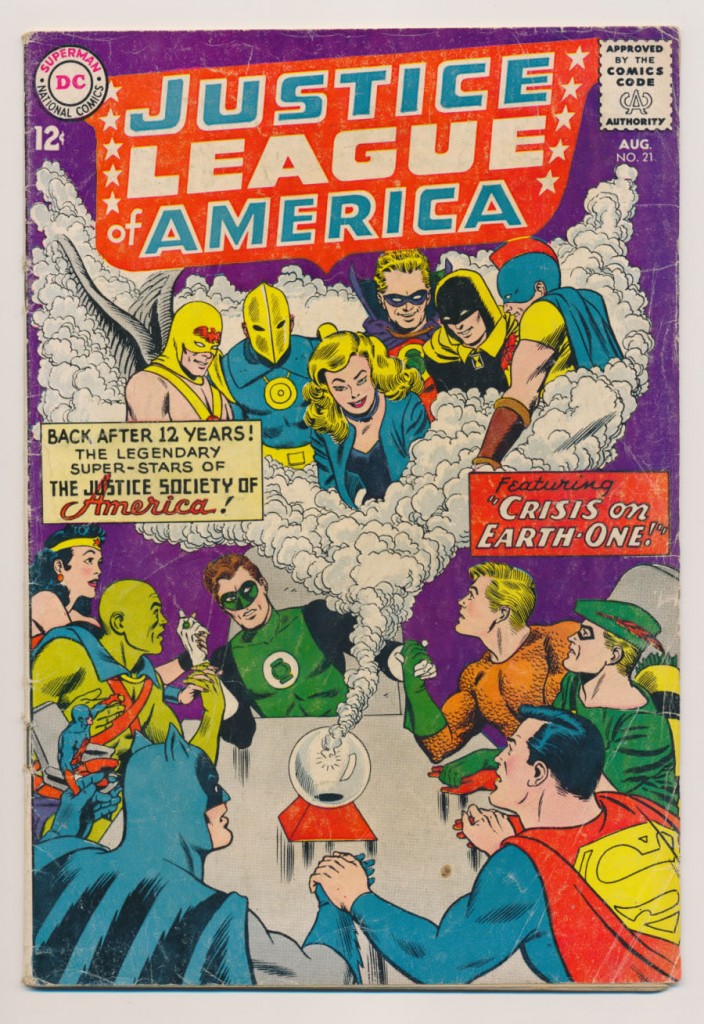 Comics history buff, and eventual Marvel writer/editor Mark Gruenwald, in an mid-70s fanzine called “Omniverse” published a notion that there was an in-between-the-ages world, an “Earth-E”, where these heroes’ careers began in the late 40s, instead of the late 30s, and it is those characters’ stories that are told in those post-Golden/pre-Silver comics. Mr. Gruenwald and his writers even found the starting points, as there were issues in that period for each of the DC Trinity where their origins were re-told!  (For you completists, they are Superman #53 and  Batman #47 from 1948, and Wonder Woman #45 from 1951.) As many of those post-Wertham stories are very often the “goofier” ones, could a DC editorial edict have just ret-conned that Earth and those stories from existence (and any later ones not in keeping with a new, more serious continuity by simply stating that they were part-and-parcel of  that “Earth”), and so as to avoid future confusion, just make travel between the remaining worlds more difficult, rather than throwing out the baby with the bath-water? Obviously, in the years since COIE, editors and writers have found ways to re-create the DC multi-verse in some form, but the richness of the original has never been recaptured, and the depth of story-telling possibilities that existed within that original historical tableau was sacrificed upon the altar of  “accessability”, only to be replaced by a different, but even more “new reader un-friendly” structure.

For a company to decide to blow everything up and start over certainly makes it a significant event, though it is made less so by the “Events” that came after, which ret-conned the ret-con. I was torn during the show for an answer, as Contest of Champions came first, as did Marvel’s Secret Wars (echoes of which still affect continuity, i.e. Venom), but I’d be hard-pressed not to say COIE, unless it was to name as an “Event” the 23 years of inter-connected JSA/JLA crossovers that created the involved continuity that some at DC felt was off-putting to readers, and prompted the creation of Crisis on Infinite Earths.

Well gentle readers, what’s your pick for “Most Significant Event”? Your Obedient Servant would like to know what you think!

ADDENDUM:  Most of this article was sent as an e-mail to a lucky reader (Perhaps we should let him be the judge of that, Robert?  Audrey). and slightly reworked for publication. As I grow ever older, I find that I’m becoming the H.P. Lovecraft of Talking Comics; I pen voluminous letters instead of actually writing something for the site!  rrr