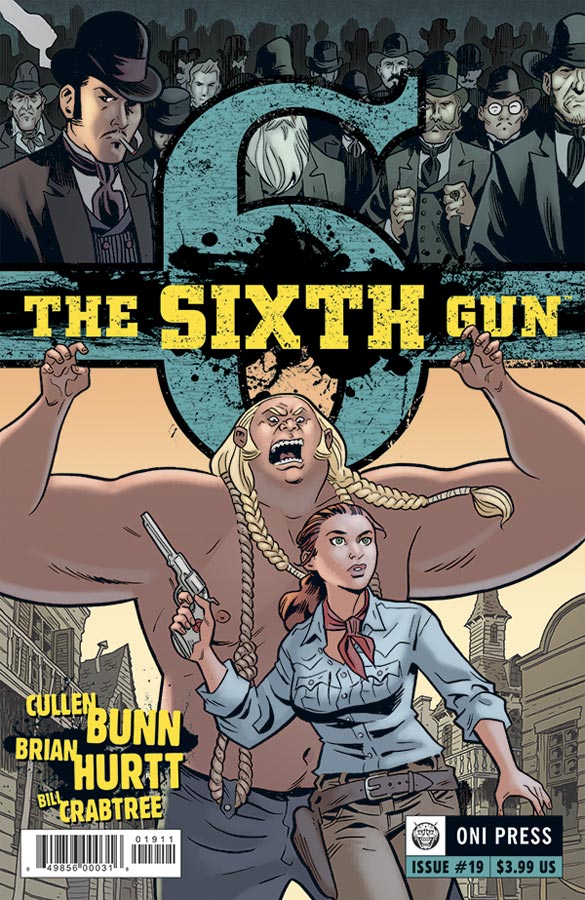 It was announced earlier this week that NBC had ordered a pilot based on Cullen Bunn and Brian Hurtt’s series “The Sixth Gun.” Originally announced as a miniseries for SyFy at the 2011 San Diego Comic-Con, development was quiet until the 22nd, when NBC picked up four dramas and three comedies, Sixth Gun being one of them.

Ryan Condal, who’s also working on a film based on the Warren Ellis Wildstorm miniseries “Oceans,” is set to write the pilot, with Lost’s Carlton Cuse producing the series. Besides Lost, Cuse is also known for producing the upcoming A&E series “Bates Motel,” as well as the FX adaptation of Guillermo del Toro’s novel “The Strain” (which was also adapted into a comic).

The pitch for the series, according to the original Deadline article, goes like this:

“Based on the Oni Press graphic novel, Sixth Gunis the story of six mythical guns in the Old West. When the Sixth Gun, the most powerful and dangerous of the group, resurfaces in the hands of an innocent girl named Becky Montcrief, dark forces reawaken. Vile men thought long dead set their sights on retrieving the gun and killing Becky. Only Drake Sinclair, a self-serving gunfighter, stands in evil’s way.”

What is your opinion of The Sixth Gun coming to the small screen? Are there any other series you’d like to see adapted, either to film or television? Leave your thoughts in the comments below.