With all the news coming out of Marvel the past couple of days, people tend to overlook some of the other exciting news that gets released during the week. One of the bigger stories, in my opinion at least, is that there would be a complete creative overhaul for Red Hood and the Outlaws and Swamp Thing starting with their 19th issue. I decided to take a look at both of the series, as well as getting some thoughts from the creative teams courtesy of Newsarama. 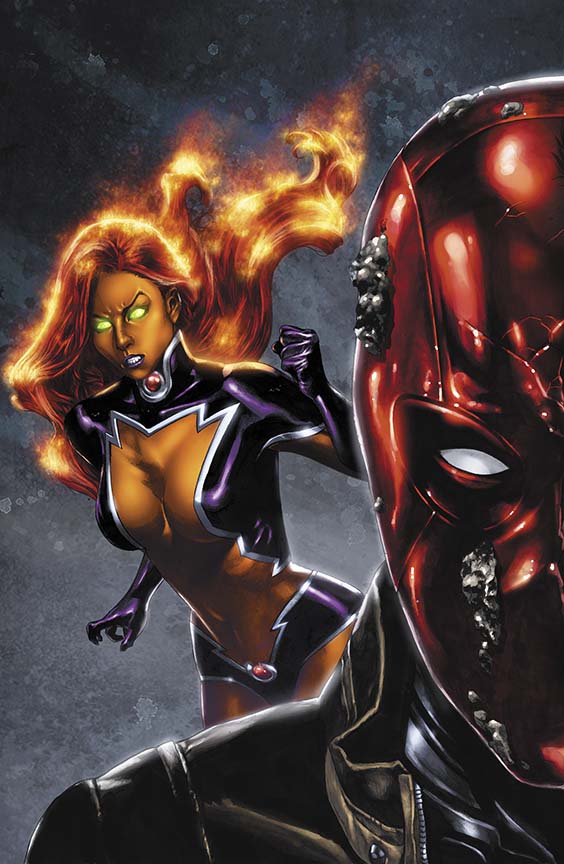 With Red Hood and the Outlaws, Talon writer James Tynion IV would be taking over writing duties with Mico Suayan handling the art duties. Mico is doing the covers starting with issue #17, but will take over full time as artist (and probably still cover artist) when Tynion joins with issue #19.

With a new creative team, one would think that a new direction might be in store for the series. If nothing else maybe we’d get a new story that’s sure to get people excited. Tynion has some huge plans for the series and it all starts with the man formerly known as Speedy.

“One character we’ll be putting front-and-center for the first batch of issues is going to be Roy Harper/Arsenal. We’re going to start seeing parts of his path in the New 52 that we’ve only seen glimpses of before. And we’re going to learn a bit more about how he became Arsenal, and what his position is in the Outlaws. What are the things that he screwed up in his life that led to him getting captured across the world way back in Red Hood #1. I’m really excited to explore that character, because in the series, we’ve seen Starfire’s past, with the major space arc. And now we’re going into a very, very deep and emotional Jason arc with what’s happening in “Death of the Family. So we’re going to put Arsenal in the focus for a bit, and I think fans are going to be really, really happy.”

Despite focusing more on Roy during his initial arc and Mico’s more realistic art style, the book is still going to be tonally similar to what we’ve been reading so far.

“I think tonally, they’re very different books. Obviously, there’s some darkness lurking around these characters, and even moreso right as I’m going to jump onto this run. But I think that, at its essence, this is a fun,adventure book with three friends that are doing these insane things all over the world. And that’s not going to changes. I’m not looking to take this book in a grim and gritty, dark direction. It’s not going to be a moody, dark book. It’s going to be high action, high concepts, lots of new villains, threats lurking in the darkness.”

And finally, on working with Mico, Tynion had this to say.

“Oh, I’m very excited to work with Mico on #19. I think everyone’s seen his first few covers for the series, because he’s starting as the cover artist, I believe, with issue #17, two issues before my launch. Those issues’ covers were blowing me away. So when I heard that he’d be coming in to do interiors, I was extremely excited because I think he’s a really, really great artist. And I very much look forward to seeing what he can bring to the book. And I’ve really enjoyed talking to him and working with him. So far, we’re just getting going, but I can’t wait to see more art from him. I think this is going to be a beautiful book.”

I’ve been a fan of RHATO since its inception, even despite the controversial first issue, but I’ll admit I was nervous when I heard it was getting a completely new team. Tynion is a fantastic writer though and has done wonders with Talon, so I have no doubt he’ll be able to write a fantastic story. As for Mico, his beautiful art speaks for itself. I for one can’t wait to see what his interiors look like in this book because if they are anything like his covers, this is going to rival Batwoman as one of the most beautiful books in the New 52. 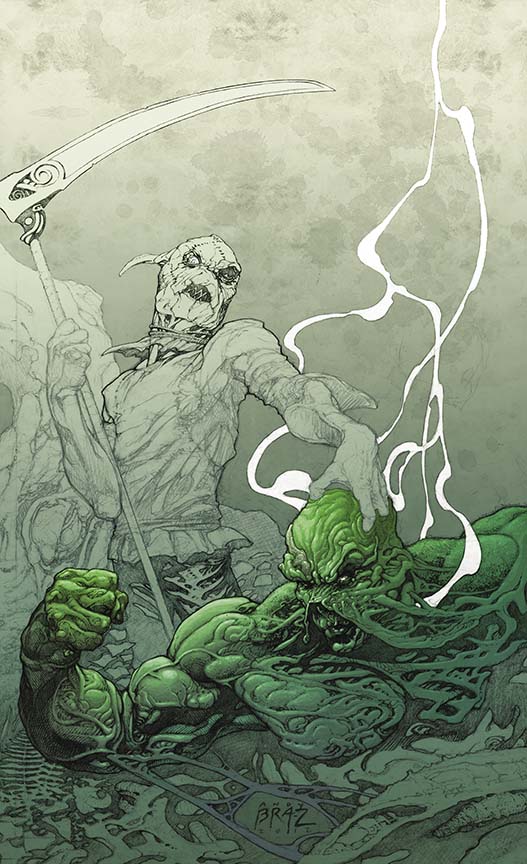 With Swamp Thing we’re getting the unique pairing of Charles Soule (27, Strange Attractors) and Kano (Immortal Iron Fist) and diving headfirst into a new direction for Swamp Thing. Soule has huge things plans and really wants to show why Swamp Thing is such a great character.

“Something very cool about Swamp Thing that I think makes the book distinct from some other superhero titles is that it has a very thoroughly developed mythology that spans back to prehistoric times. Avatars of the Green have existed as long as there has been plant life on Earth. Plus, Swampy’s powers are essentially infinite but also tightly defined – he can’t do anything that plants can’t do, and while plants can do plenty, there are also some strong limitations. I also like that Swamp Thing’s goal as an avatar of the Green isn’t necessarily to defeat or destroy – his job is to seek balance, which is cool. As a writer, all of that gives me a HUGE narrative toolbox to work with, which is inspiring. You can tell stories about some of the deepest philosophical questions mankind has ever considered, while still featuring a giant green leafy dude punching bad guys. It’s a blast!

Soule also wants to expand the series in terms of its characters and not just have it be Abby and Alec all the time. I’m definitely intrigued by a few of his ideas.

“One of the goals I’ve set for myself on the book is to expand Swamp Thing’s supporting cast a bit. After all, just because he lives way out in the swamp doesn’t mean he can’t have any pals besides Abby. For instance, I have a thousand-year old assassin character I plan to introduce pretty early. She’ll have a really cool dynamic with Swamp Thing, in part because she doesn’t realize that the various other avatars of the Green she’s encountered in her ten centuries weren’t all the same guy. They may have made certain promises to her that Alec is expected to honor – whether he wants to or not. To sum up – familiar faces will pop into the swamp from time to time, but plenty of new surprises as well.”

He also wants to shake up how the stories are told by making them shorter and more to the point.

“I want to focus on really tight stories of 1-3 issues, with each having its own distinct feel and central idea. I want readers to be able to cite each story down the road by that big idea or image – “you remember the one where Swamp Thing did THIS???” Stuff like that. Should be really fun.”

While Scott Snyder’s run on Swamp Thing was a top selling, critically acclaimed title that many were sad to see him leave, I’m certainly interested to see what Soule does with the character and how he handles all the new characters he plans on introducing.

Swamp Thing and Red Hood #19 will both be released in April.

What are your thoughts on these shake-ups? Yay or nay on either? Leave a comment below and let us know what you think.