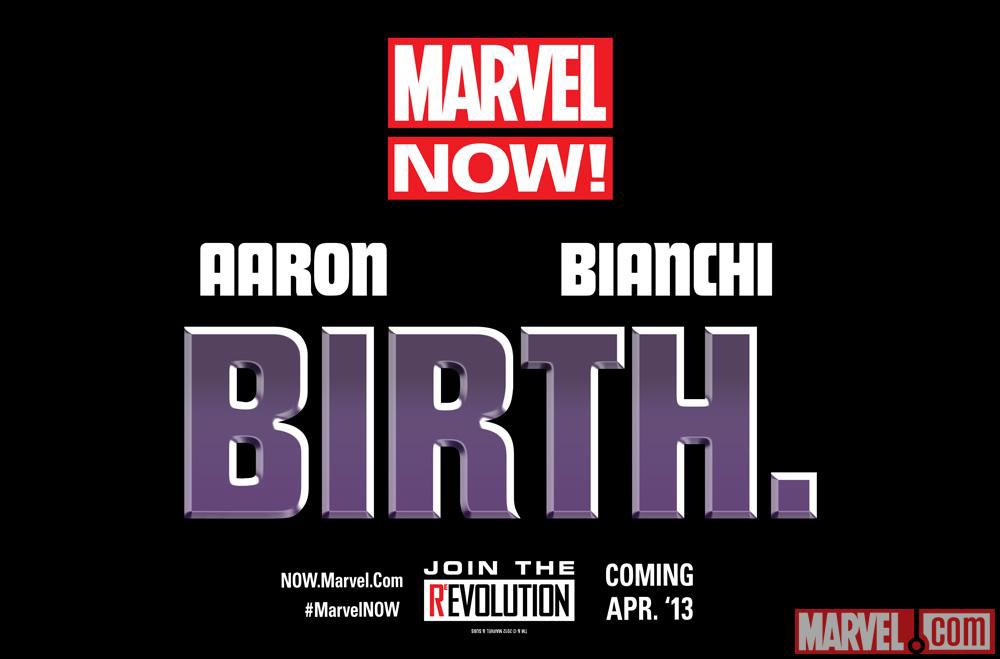 With all the recent teasers released, sometimes it’s easy to pass over the new series that get announced during this time. The only problem is nobody can seem to figure out what this series is going to be, even with the fantastic team attached. With Jason Aaron writing it’s sure to be a hit, as his work with Thor and Wolverine and the X-Men (among others) has been fantastic in recent months. Simone Bianchi on art is another brilliant decision, as his work on Shining Knight and For Asgard has been just as brilliant as Aaron’s writing. But then you get to the word: “Birth.” Part of me believes it could be Thanos, given his recent surge of popularity since the Avengers movie was released. But then I think about other purple people and I start to think it could be Galactus. Those two are such odd choices though when it comes to comic books though. I mean you could write a really interesting story with either characters, but as an ongoing does it really seem like it would work? Maybe it’s neither though. Maybe it’s a totally new character (hence “Birth”) or a new version of an old character we haven’t seen in a while. I guess we’ll just have to wait and see though.

What are your thoughts on this announcement? Who do you think is the star of this series? Will you read this series with the team attached? Let us know in the comments below.