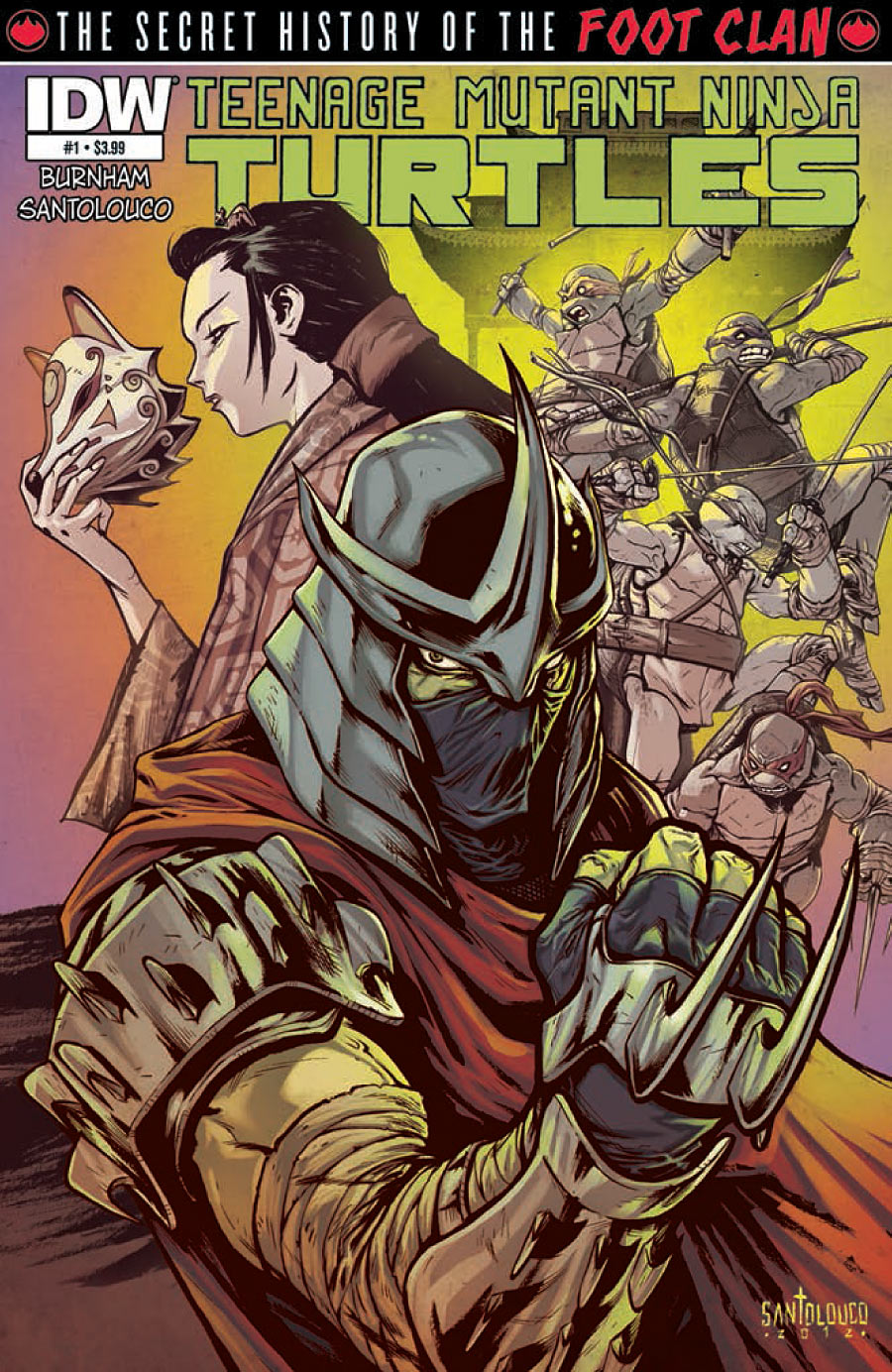 IDW’s TMNT series has been awesome so far but it also has brought fans mirco series which featured a specific character from the series. Now the publisher brings us another mirco series which deals with the secret history of the foot clan and the first issue is outstanding!

The story is told through a lecture at the college by a professor who captivates not only readers, but also April and Casey who are attending the leture and our band of green brothers who remain unseen in the lecture hall.  We are taken back to ancient Japan and learn how the Foot clan started, and it’s an amazing ride.  The fight scenes are just visually awesome, there are cool new characters who are introduced and the last page is a shocker that’s gonna have fans say “WTF” in a good way.

Burnham and Santolouco have started this series right.  The main series has been solid from the start, but this first issue of this mini series has kicked it up a notch.  The scripting is excellent with it’s solid pacing and just great story. The art is amazing as well as it visually brings readers back to ancient Japan and the time of warriors.

Buy it and you’ll be wanting the next issue!