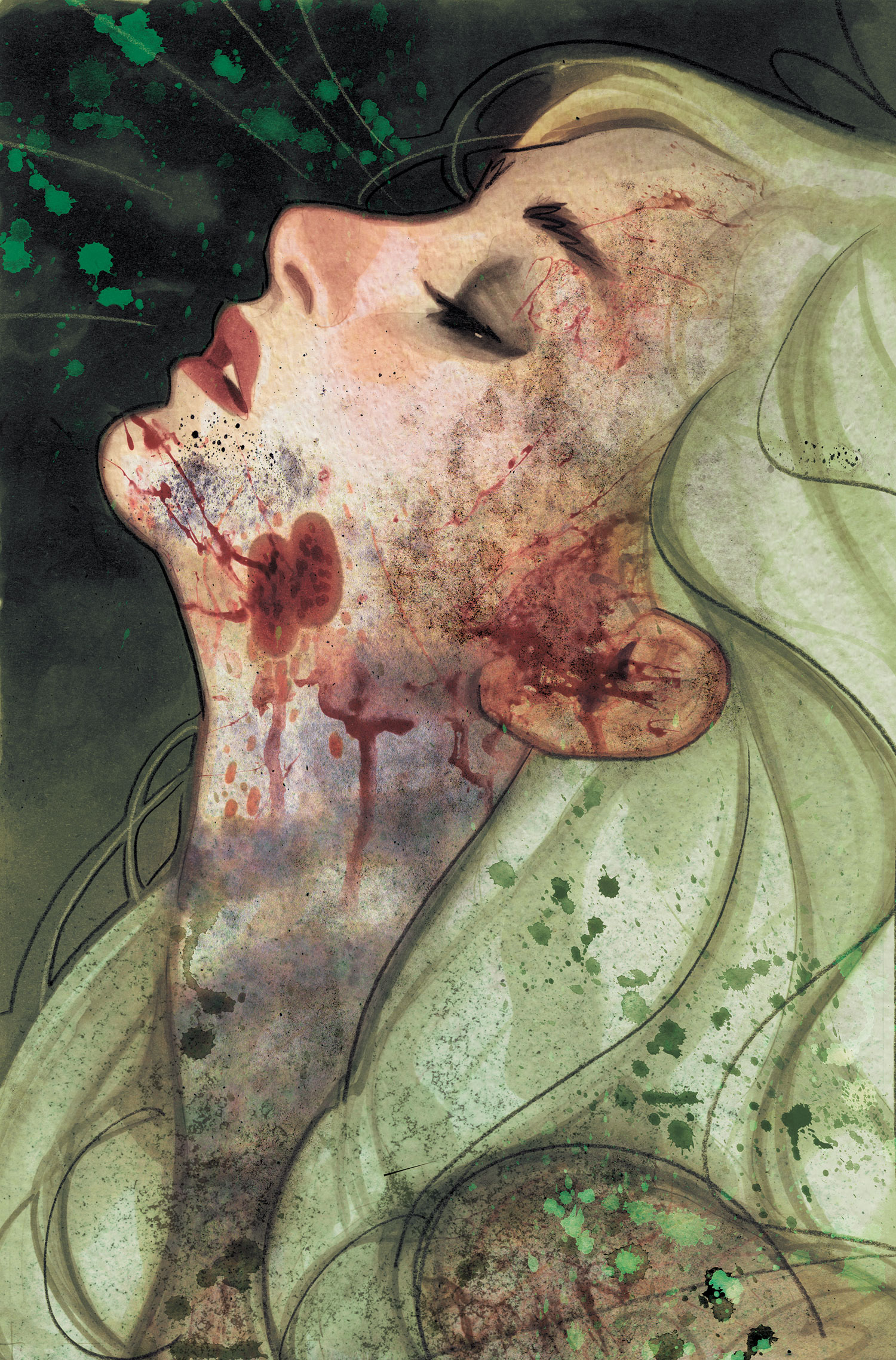 Fairest grows darker and darker with each installment. What started out as the backstory of Rapunzel evolved into retelling of a bloody moment in the history of the Japanese Hidden Kingdom. Each issue of Fairest adds more pieces to the puzzle without answering all of the questions. The result? A centuries-spanning mystery guaranteed to pique your curiosity.

Issue #11 takes place entirely in Rapunzel’s past. Ryogan, an ambitious member of the Hidden Kingdom court, has exiled the Yokai fables and stolen Tomoke’s foxfire. Rapunzel must follow the new rules of the court in order to survive. Ryogan is a force to be reckoned with; the stolen foxfire gives him power and sway over the emperor. With control of the court and the kingdom, Ryogan exerts his newfound authority over the lower members of the court.

Rapunzel is dedicated to helping the exiled fables. She has little power, but still offers her services to bring down Ryogan. Tomoke, Rapunzel’s former lover, requires her foxfire to continue living. Rapunzel must utilize her beauty and deceitfulness to gain access to the foxfire. However, things don’t go as smoothly as planned.

Beukes has upped the ante on this latest issue. She shows her comfort with writing creepy, disgusting scenes in a comic book. Her ability to weave dark fantasy elements with a traditional comic book format gives Fairest an edge over other female-led books.

Even though issue #11 is in the middle of an arc, it’s worth checking out. Beukes does a good job giving you the background information you need for this one issue. Fairest #11 is sprinkled with emotional moments that will make you shudder. If you’re craving a great story featuring a strong female character, give Fairest a shot.