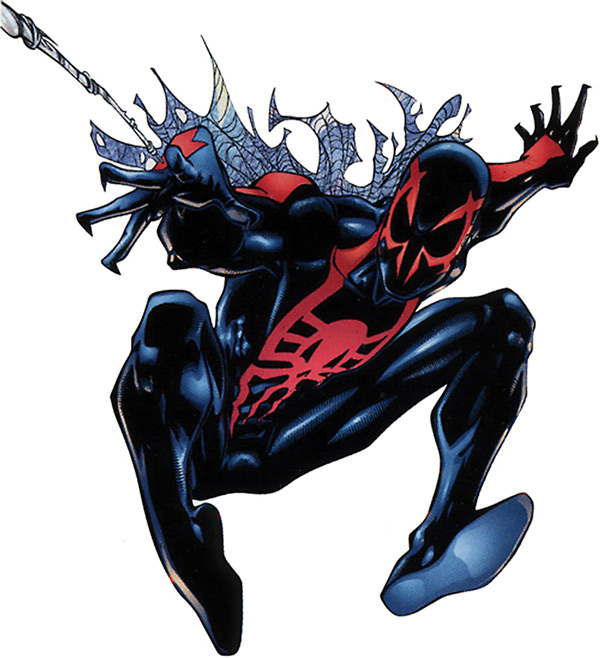 Before it was revealed that Otto Octavius would become the Superior Spider-Man in his new ongoing series, Dan Slott sent a joke tweet to SSM artist Ryan Stegman referencing a character named Miguel, better known as Spider-Man 2099’s Miguel O’Hara. At the time, Slott made it look like a legitimate direct message that had been accidentally released to the public and fans went crazy with the idea that the character was returning. That excitement was short lived though as the events of the last three issues of ASM played out, which ultimately saw Octavius becoming Peter Parker and thus the Superior Spider-Man.

But maybe that tweet wasn’t entirely a joke after all. In an interview with MTV today, Slott apologized for the tweet but said that Miguel O’Hara would indeed be appearing at some point in Superior Spider-Man:

O’Hara was last seen (in comic form at least) in “Timestorm 2009-2099,” a crossover between the 616 and 2099 universe. O’Hara has become more famous in recent years with his appearances in the “Spider-Man: Shattered Dimensions” and “Edge of Time” video games, which has sparked a whole new group of people interested in the adventures of Spider-Man 2099.

As a fan of O’Hara in any form, I’m interested to see how he plays into this new series, as well as how he interacts with this new Spider-Man. I guess we’ll have to stay tuned to find out.

What are your thoughts on Spider-Man 2099 returning? Leave a comment below and let us know what you think.