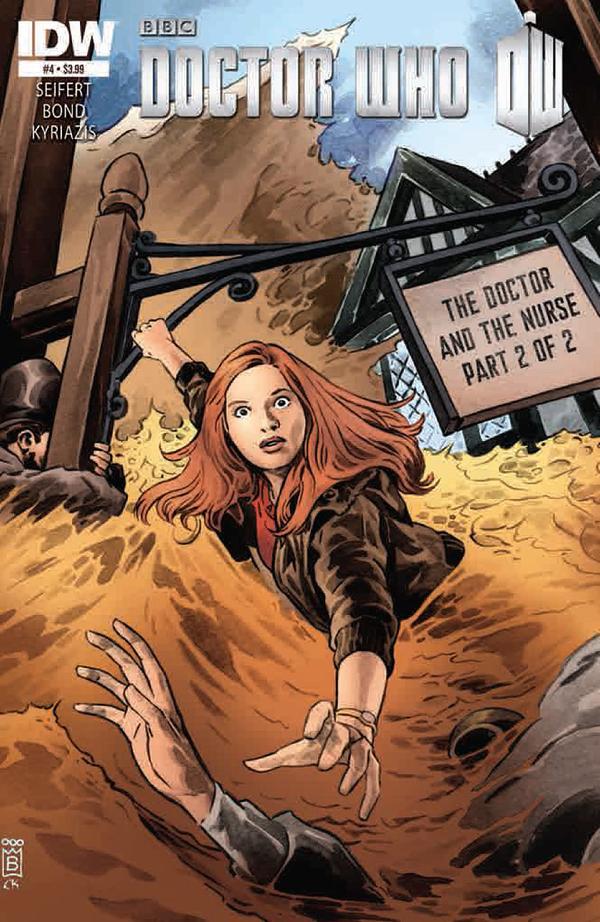 Ever had a day where everything that can possibly go wrong happens all at once? That is precisely what occurs when the Doctor and Rory have a bonding night. The two men, forced by Amy to get to know each other, encounter problem after problem when left to their own devices.

Issue #3 set the scene with Amy proposing that her two favorite men bond over a beer in the pub. In theory, this was a great idea. However, the Doctor and Rory decided to fast forward to the end of their bonding time in an effort to skip it altogether. The TARDIS freaks out, taking them to a variety of times and places while Amy is left in London during a beer flood. The current issue picks up in the middle of the London beer flood.

For your information, the London beer flood is a real thing. A vat explodes, causing a chain reaction, and kills several people. Amy must do her best to find out what caused the flood while aiding London citizens. In true Doctor Who fashion, things aren’t always what they seem.

While Amy is left with the alcoholic disaster, the Doctor and Rory are jumping through time and space attempting to get back to Amy. The biggest problem with jumping through time and space is that the TARDIS takes its passengers where they are needed most. The Doctor and Rory land in a shrunken New York being terrorized by a gorilla. A saber tooth tiger ends up aboard the TARDIS. The fellas run into Cybermen.  Rory, with his mind focused on Amy, keeps reminding the Doctor that they can always come back to right wrongs after they grab Amy. The Doctor, of course, has a different opinion.

Doctor Who #4 is an enjoyable comic book, especially for fans of the show. It is the perfect mix of entertainment, fantasy, science, and mystery that has kept the show popular for years. If you are a fan of the show, give the current Doctor Who comic book series a try.