As an adjunct to our year-end Best Comics of 2012 Awards, and to provide helpful information to aid in your voting, as well as to throw a spanner or two in the works in the form of possible write-in candidates (and also because I like to have the last word!), I’m here to set down my own Top Ten lists (which due to me being an ornery old coot will sometimes stretch to twenty!), focusing on Best On-Going Series and Best Overall Comic, with side-trips into Best Mini or Limited Series and Best One-Shot/Single Issue/Graphic Novel. (Confused? No, I didn’t think you would be; but would somebody explain it to me?)

On to the business at hand;

My Top Ten (plus 2) for Best On-Going Title: 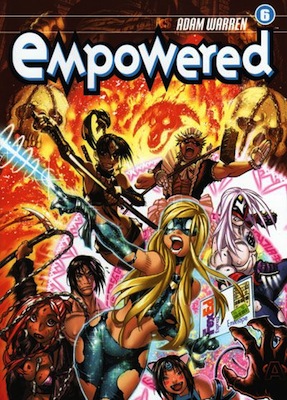 #12) Empowered: What began as a set of “fetish-y” commissioned drawings has been transformed into a series of great humour, sexiness, and yes,  real character growth by writer/artist Adam Warren. 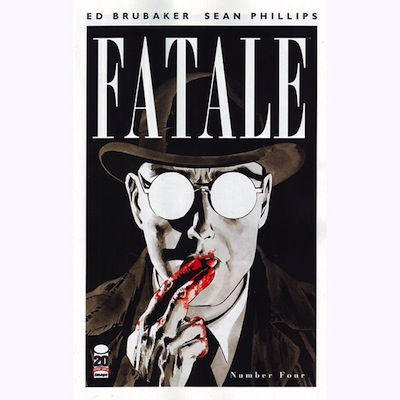 #11) Fatale: Ed Brubaker blends his signature “Noir” style with Lovecraftian horror, and with the “Wally Wood-esque” art of Sean Phillips brought us to a very scary place. 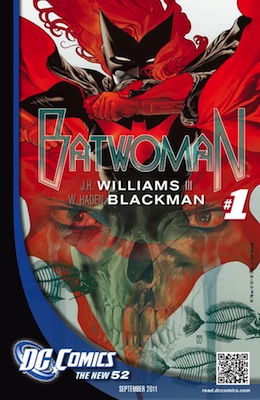 #10) Batwoman: I was late to this party, but thanks to my colleagues, I’m happy to be on board! 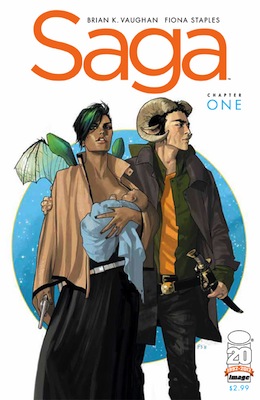 #9)  Saga: As with Fatale, this genre-bending book is one that you can recommend to those readers of “real books” who scoff at the notion of great story-telling in the four-color format! 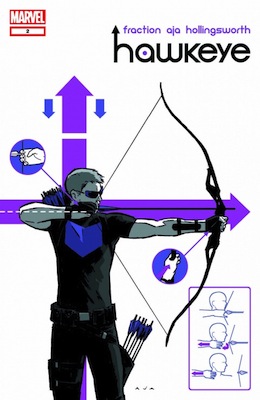 #8)  Hawkeye: If you had told me a year ago that I would be buying (let alone loving!) a Hawkeye comic…wow, and thanks, Matt Fraction! 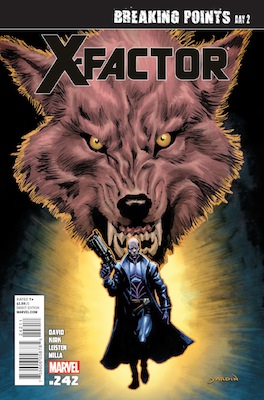 #7)  X-Factor: Away from the sturm und drang of AvDreck (sorry, AvX), Peter David continues to spin gold each and every month. 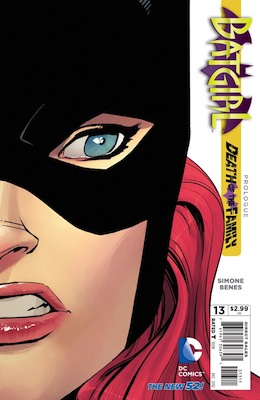 #6)  Batgirl: If one considers what heinous ground this re-booted title could have trod (see Catwoman) writer Gail Simone should be awarded a medal. Even after years of chronicling Barabara’s story, Ms. Simone’s ability to grant us new insights into Barbara’s psyche as she struggles to adjust to her return to action as Batgirl is truly a labor of love. 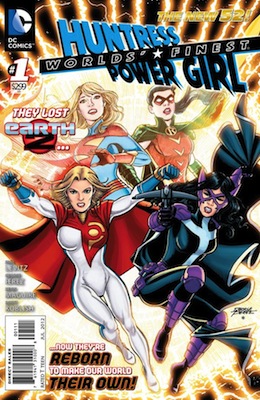 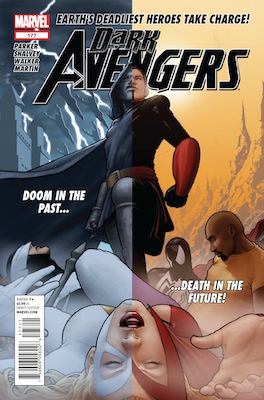 #4)  Thunderbolts/Dark Avengers: Even with the title change to Dark Avengers, Jeff Parker continued to give us some of Marvel’s finest character studies this year, as these two teams of villains-turned-“heroes” find their place in the super-human community. (Mr. Parker, if you see this, would you please pitch a Luke Cage series to the higher-ups?) 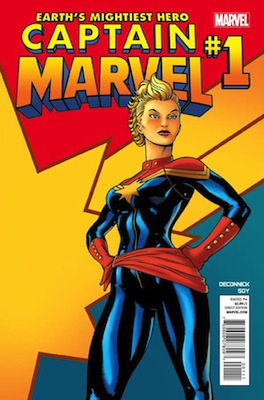 #3)  Captain Marvel: In the nature of full disclosure, I’m a push-over for characters that find a new life through a writer re-connecting them to their roots, and using those core values to bring something new to light about them. Kelly Sue DeConnick has, in this “new” version of Carol Danvers, fulfilled the promise of the 70s “liberated” hero, and created a heroine for the ages, and along the way re-energized a huge swath of female fans who had grown tired of reading the exploits of “exploitative” super-women. 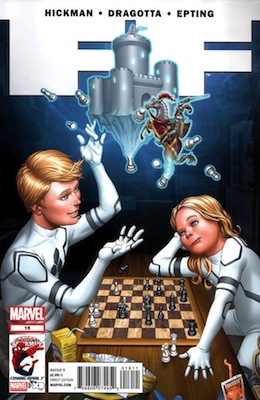 #2)  FF: What seemed a gimmick on launch, instead became a masterpiece of family adventure, thanks to Jonathan Hickman. The “countdown” to the end of his “Fantastic” run came to perhaps its deepest emotional places in this book. 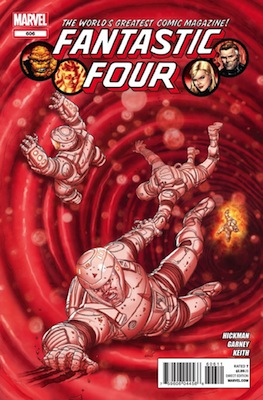 #1)  Fantastic Four:  Despite the qualms of my colleagues regarding two “Fantastic” books in our Top Five, the combination of grand-scale epic adventure and intimate personal story-telling in Fantastic Four harken back to the Silver and Bronze Ages where super-humans began to be more “human” under the pens of the creators of that era. Jonathan Hickman, even within his years-long plot-line, never let Fantastic Four be anything but the story of Reed and Sue Richards and their extended family, and all without ludicrous “adult” elements, artifice, or pretension, and in doing so created a comic that can be celebrated as one of the best examples of what this medium can offer. It seems, although only two issues in, that new writer Matt Fraction has taken the baton from Mr. Hickman, and is prepared to embark on his own stellar run on this title.

My Best Overall Comic list has some additions, which I’ll touch on as we go through:

#10) Wonder Woman Adventures 100-page Special: I’m sure I’ll hear howls as I say this, but for me, this is the best representation of the Amazon Princess in comics this year. Diana is both strong and heroic, yet always compassionate, and as this collection is aimed at the target audience for whom Wonder Woman was created by William Moulton Marston and Harry G. Peter all those decades ago, it is free of the now de rigueur violence and sexuality that has become too prevalent in the actual Wonder Woman title, at least to historians of this classic character, such as our podcast guest Trina Robbins, or to long-time fans such as your obedient servant.

#9)  Before Watchmen–Silk Spectre: Writer Darwyn Cooke and co-plotter/artist Amanda Conner gave us the one essential read of the whole “un-necessary” (Thanks, Stephanie!) Before Watchmen enterprise. They provided us with the events that would inform Laurie Jupiter’s decisions as a budding super-heroine, and as a woman, and in a way that never felt “‘shoe-horned” in.

#8)  Ghost: As I mentioned in my comments regarding Captain Marvel, I love “on-model” takes on under-appreciated or under-utilized characters, and Kelly Sue DeConnick hit her second “super-heroine home run” of the season with this fabulous re-visit to Dark Horse Comics’ spectral avenger.

In the Best One-Shot category, although we have five great nominees that all speak to the humanity within the characters, there are a few others that I would like to humbly submit for your approval:

Batgirl #0: Writer Gail Simone provides us a look at Barbara Gordon’s first foray as Batgirl, and as usual for Ms. Simone, she shows us that it is Barbara who is a hero, regardless of her circumstance.

X-Factor #243: Similarly, Peter David crafts a wrenching tale around the pivotal moment in Lorna Dane’s life and relationship with her “father” Magneto, and one that may redefine her as a heroine.

Fantastic Four #605: In this issue, Reed and his father Nathaniel get to see the future through the travails of the now slowly-aging Ben Grimm. The emotions captured by Jonathan Hickman within this story, particularly the final pages, are what have come to be his hallmark during his tenure on “The World’s Greatest Comic Magazine”.

I believe that our Best Mini category has a very strong slate of nominees, but let me add Matt Fraction’s Defenders to the mix. With a rotating cast of talented artists, this “un-planned” limited series told an ages-spanning cosmic tale of the beginnings and endings of a universe, all whilst grounded in the entertaining personal interactions of a rag-tag group of super-folk. With more than a nod to the first Defenders, but wholly original in its execution, this is a series to check out. By the way, the second TPB volume that completes the series will be out in late January.

Our two most important categories, Best On-Going and Best Overall (our “Best Picture”, if you will) prompted some of our liveliest debates…and could we have used a Parliamentary procedure expert in the room that night!

My complete lists for all our categories, plus my picks for our “technical awards” will follow, so armed with your own opinions, and whatever help your humble hosts have provided,  please cast your ballots, and we’ll see you on the “Red Carpet” on Awards Night!