2012 was a fantastic year for comics. DC, Marvel, Image and all the other companies really stepped up their game and released some fantastic books. We saw publishers and writers taking risks I never thought possible and characters who were either in a rut or not utilized well get a rebirth that surprised fans and critics alike. 2013 looks like an even bigger year for comics with Marvel NOW! and the fourth wave over at DC bringing new and exciting titles, but it’s necessary to take time and reflect on what 2012 gave us. With that said, here is my personal list of the Top 10 comics of 2012. 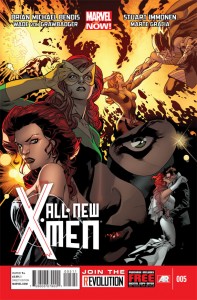 If I’m going to be completely honest, I wasn’t sold on this book when it was first announced. The concept of Beast transporting the original X-Men from the past to the present to confront Cyclops and his new Brotherhood was definitely a sound one, but I couldn’t help but feel that it would fail if it took the safe and predictable route. On top of that, Bendis’s work as of late has been pretty hit-or-miss for me so I was worried that it would fail. But as I kept reading it, the story got better and better and had me genuinely excited for every new issue. Sure the book isn’t perfect by any means and it could still fail down the road, but in the five issues that have been released so far, I’ve enjoyed every minute. If nothing else, it’s the best Marvel NOW title I’ve read so far. 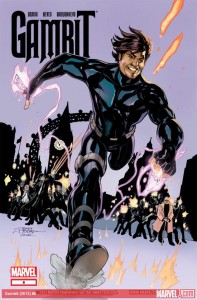 Gambit has always been my favorite mutant for as long as I can remember. He’s like a Cajun James Bond with the thieving skills of Sly Cooper and so of course I was excited when I heard he was getting his own solo series. The art does take some getting used to, and the first issue was a little rough story-wise, but it’s a book that has gotten consistently better the longer it’s gone on and every issue seems to raise the stakes. Asmus has a fantastic grasp of the character and I can’t wait to see what the future holds for Gambit. 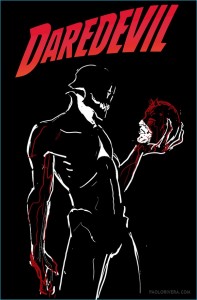 If the myriad awards and praise thrown at this book isn’t enough of a clue, Daredevil is one of the best comics being published today.  Mark Waid successfully took a character that, while still great, was growing slightly stale and breathed new life into him. Every issue is a joy to read and the tales of a “happy” Matt Murdock have yet to let me down. A must-buy for everybody who loves superhero comics. 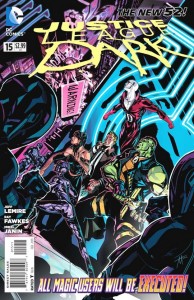 When it comes to DC and their New 52 initiative, I tend to prefer the darker, more supernatural books. The best of these, and the one that makes this list, is the motley crew known collectively as the Justice League Dark. While Milligan’s run in the first eight issues was slower and more deliberately paced than it should have been, when it crossed over with the also fantastic I, Vampire it really soared. Than the master of dark Jeff Lemire took over and since then it has been a wild, exciting adventure that nobody should miss. 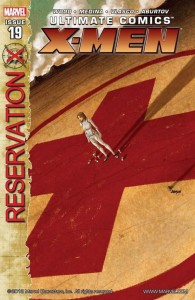 Though I credit Nick Spencer in my listing, the main reason this book made the list (and why it’s ranked at number six) is because of Brian Wood. When he took over back in issue #13, UC: X-Men was a decent book that had a lot of action but not a ton of substance. When Wood took over, he turned it into a character driven drama about the plight of the dwindling mutant population through the eyes of Kitty Pryde. It’s a beautifully woven story that feels very reminiscent of The Walking Dead (in terms of focusing on the people instead of the action) and every issue amps up the tension to where you’re glad it’s double shipped every month. 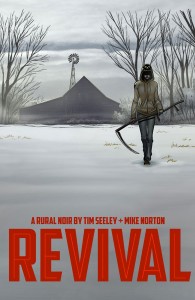 Tim Seeley’s small town horror story is one of the most original, intriguing and well developed comics in recent memory. Featuring a supernatural mystery that gets more intricate and detailed with every issue and characters that you instantly fall in love with, Revival is a book worth every single penny. If you’ve been waiting on this one, now is the best time to jump in (thanks to the first arc being released in trade) and it will be one of the best decisions you make this year.

Since the beginning, Scott Synder’s Batman has been one of the most consistently well done and well written comics to hit shelves every month. Whether it’s fighting Joker or the Court of Owls, it never fails at being amazing each and every time. Capullo’s art and Snyder’s writing gel amazingly together and there are very few comics that come close to having that level of creative chemistry. A must read for any and every comic reader. 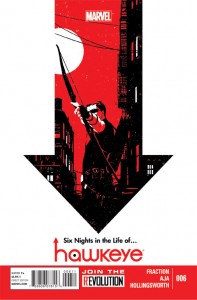 Okay, this is bad. Whenever I talk about Hawkguy, I can’t seem to stop saying “bro.” But seriously bro, if it wasn’t already obvious, I dearly love this book and recommend it to everyone who likes comics, especially those turned off by traditional superhero comics. Featuring a wit and charm that most comics wished they could fake, as well as a plethora of memorable scenes and lines that could fill up an entire best of list all on their own, Hawkguy is a book that everyone needs to read. Really…bro. 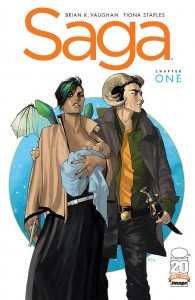 I didn’t know what to expect when I first read Saga. Very rarely do I ever buy based on author name alone, but Brian K. Vaughn’s work speaks for itself and I’ve yet to be let down by one of his stories. So I bought Saga blind and read it as soon as I got to my car. What I found inside was a beautiful space epic on par with other great works of science-fiction literature. I had chills the whole time I read it and I’ve yet to read a debut issue that has been stronger than this one was. Each issue since has been brilliant, with the originality inside being something I’ll never forget. People with TVs for heads, giant spider bounty hunters or trolls with some…excess downstairs are commonplace in Saga and I wish more authors or artists took risks like Saga does. A bright light for the future of comics that I love to see shine. 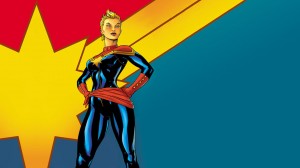 While Saga is definitely the most original comic to be released this year, the book that always makes it to the top of my pile and the book that makes me the most excited has always been Captain Marvel. Featuring gorgeous artwork, fantastic writing and a ton of humor, each issue feels like a special treat that you just want to read over and over again. More than anything though this series has heart and it’s that which makes it my favorite comic of the year. Carol and everyone she surrounds herself with are so well developed that you want to see how their story unfolds, more so than any other comic right now. The best part? We’ve only scratched the surface of this series and if DeConnick keeps writing like she is now, Captain Marvel could easily become one of the best comics released this decade.

Hopefully you enjoyed reading my list of the Top 10 Comics of 2012 (according to me) and be sure to leave a comment below letting me know what you think or what you’re looking forward to in 2013.