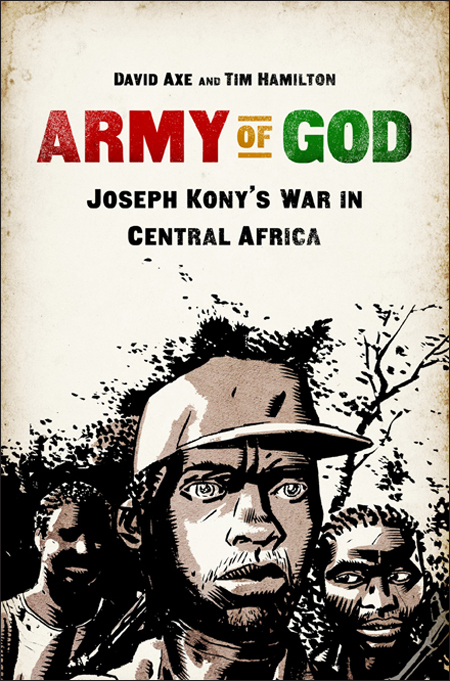 In a situation that seems stranger than fiction, Tim Hamilton, the artist on an upcoming graphic novel entitled “Army of God,” had his advance payment seized after the OFAC (Office of Foreign Assets Control) believed that the money was going towards funding a terrorist organization.

David Axe, author of the graphic novel as well as a number of other titles, explained the situation a little more clearly in an official press release:

“Hamilton’s money was seized early in December 2012 when his agent attempted to wire the advance payment for the extra chapters that the artist illustrated for the graphic collection. When Hamilton’s agent contacted the bank to find out more, he was told that the party holding the funds was the federal wire fraud unit, which suspected that the creators were laundering funds for a terrorist organization. The federal banking authority, which monitors every wire, foreign and domestic, apparently seized the funds due to the title of the book, ARMY OF GOD, which threw up a red flag.

At the time of this release, the funds have not been released to Hamilton or his agent despite the involvement of lawyers. The Comic Book Legal Defense Fund has also been contacted and apprised of the situation.”

Axe had visited the Democratic Republic of Congo in 2010 to report on the Lord’s Resistance Army and in 2011 had written a script based on what he had seen. Tim Hamilton, who has received praise for his work on the Ray Bradbury adaptation of Fahrenheit 451, agreed shortly thereafter to draw the book. After cartoonist Mat Bors edited the book it soon became serialized on Cartoon Movement. After it had been released online, book publisher Public Affairs bought the paperback rights with the book to be released sometime next year. That’s around the time this whole thing began.

What’s your take on the situation? Leave a comment below and let us know what you think.