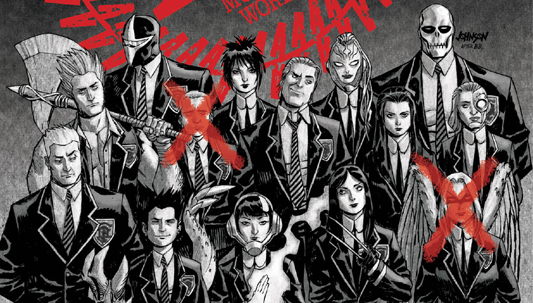 It’s less than a week until Christmas and less than two weeks until the New Year and that means… END OF THE YEAR LISTS! (YAY!)

Really though, there was no sarcasm there on my part. I love lists. A lot.

This week, we start off our Best Comics Of 2012 lists with Breakthrough Artist, Breakthrough Writer and Publisher of the Year. We throw out a bunch of names and whittle it down to five nominees. Who makes our list and who doesn’t? Listen to the show and find out!

Before we get to that stuff though, we go through our Books of the Week and talk about such comics as: Avengers Arena #1, Saga #8, Change #1, Dark Avengers #1 and Cable and X-Force #1. Woooooo!