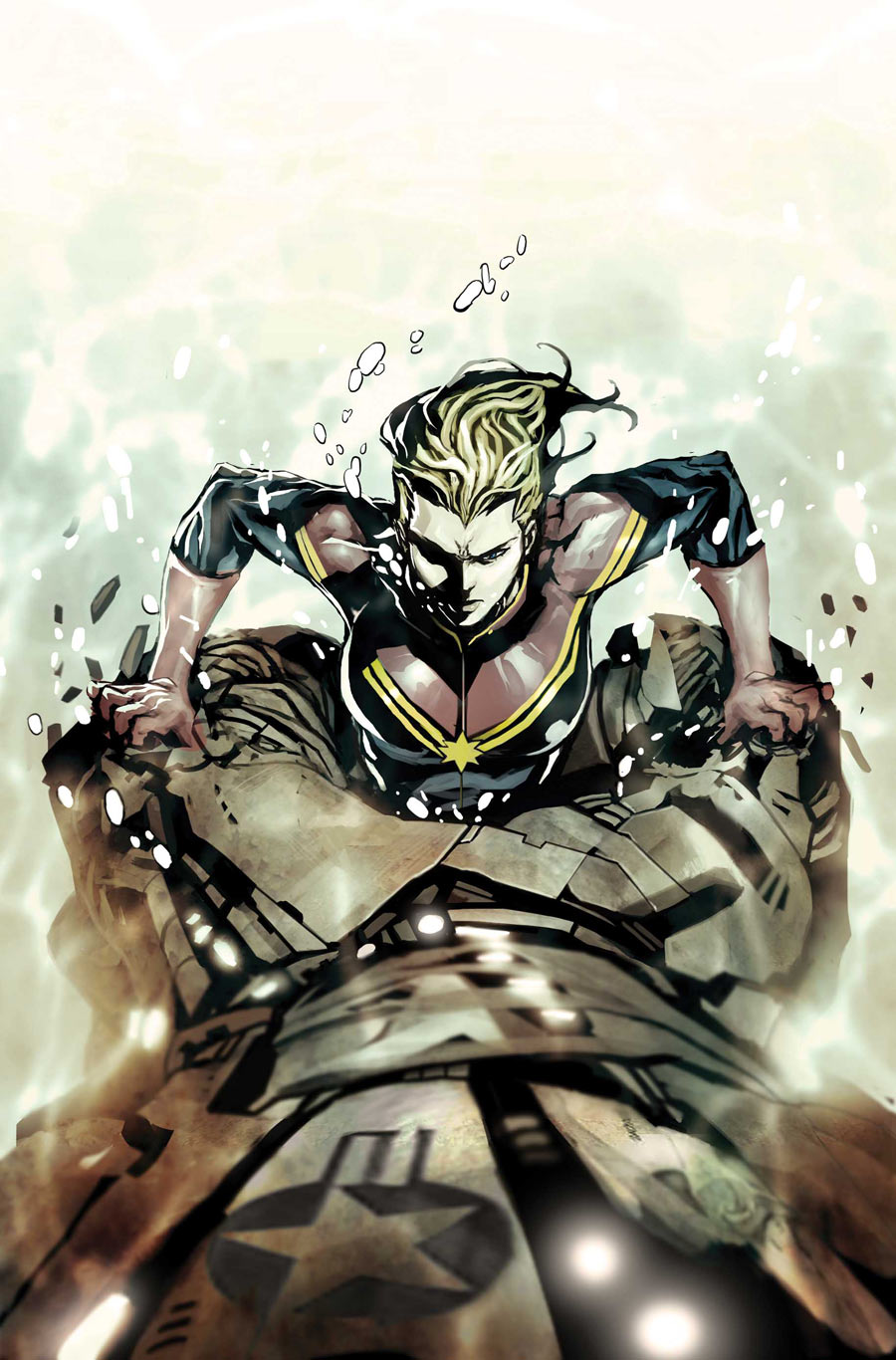 Don’t you miss the days of short stories in comic books? Captain Marvel #8 is the second part to a two-issue story that gives us Monica Rambeau, a unique use of Captain Marvel’s powers, a potential ally/love interest, and robots.

Comic book series tend to get tied up in the multiple-issue arc practice. Following a story for 6 – 7 issues takes a lot out of your readership and makes it difficult to get new fans. Captain Marvel has the right idea by including a short story that moves the action right along without burdening the reader.

The two-issue story wasn’t terribly deep or reflective; it didn’t need to be. Carol was shown in this issue (and the previous issue) to be a reliable friend and ally. When Monica Rambeau, former Captain Marvel, needed help examining a Bermuda Triangle effect happening near New Orleans, Carol stepped up. The problem turns out to be much bigger than they expected, and Carol and Monica must put aside their differences to take down a larger-than-life foe.

The interesting thing about this short arc is the interactions DeConnick and Sebela write for Carol. Carol is definitely in the spotlight as a Marvel hero now.  With that position comes interaction with other heroes. If you’ve been reading Avengers Assemble, you get to see Carol interact with Captain America and the other Avengers. Captain Marvel has shown us some conversations between Carol and Jessica, aka Spider-Woman. Now, Carol has begun the process of settling differences with Monica. I think this is a sign of her staying power as a front woman for superhero comic book characters. The more Carol’s writers establish that fellow heroes need her, the more they will come to rely on her as an important part of the Marvel Universe.

This is one of Marvel’s best titles. They’ve been putting out a lot of winners lately (Hawkeye, FF, All-New X-Men, and many, many more), but Captain Marvel really drives home what it means to be a Marvel hero: balancing who you are with who you’ve become. Carol, who is still coming to grips with her new title, must step up and own the name Captain Marvel. That’s worth picking up this title alone. But if you are one of those people who like clean jumping on points, issue 9 is the way to go. One more thing: consider picking up the new Captain Marvel trade.