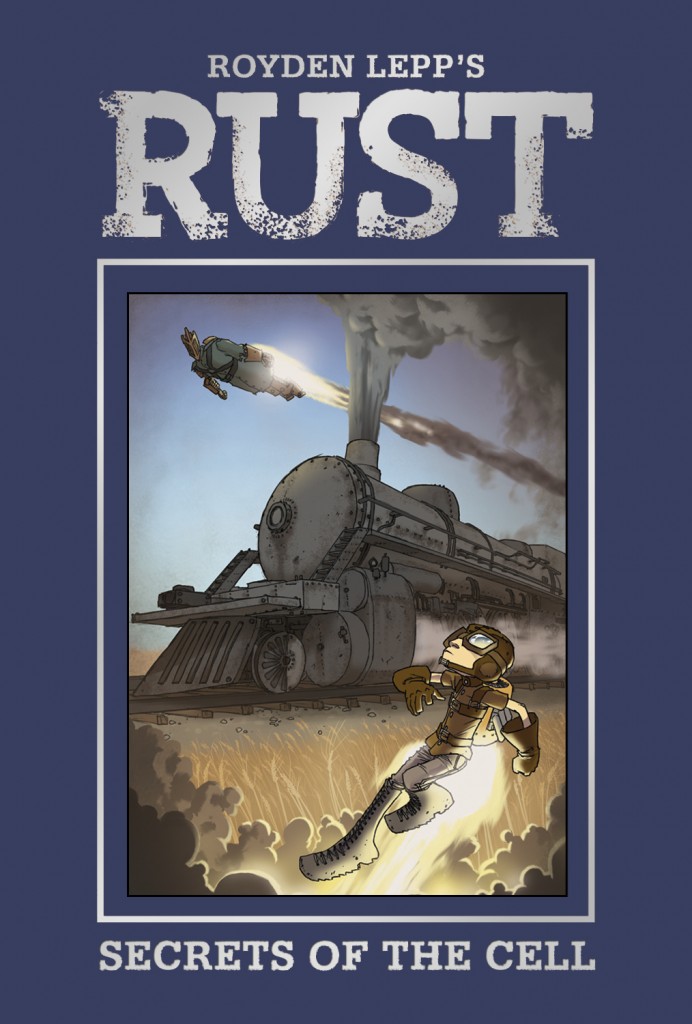 The relationship between man and machine has long been a source of worry for those born with wild imaginations. What if, one day, in our hour of need, we were able to perfect a technology that would allow us to send automatons into battle to fight our wars? There would be no more human casualties or death, oil would be spilt instead of blood so that man can go about his merry way of slowly destroying the world. All of this because man feels the desire to create something of their own that is just like them … only better. Perfect. What if while you were creating these soldiers you’d realized far too late that you had make a mistake? And what if that mistake was going to cost you all the people that you love? This is Rust – Volume 2: Secrets of the Cell.

In the wake of the events of Rust: A Visitor in the Field, we’re faced with the grim truth that Jett Jones is dying. What falls to us as readers because of this austere reality is something that you’ll just need to read for yourself as I am not going to spoil a thing about this wonderful book in this review. What makes the Rust series special is that every facet of it beams with talent. The characters are real, the art, while not extravagant, boasts its very own simplistic beauty in each and every panel and it’s atmospheric storytelling makes you feel a rush while reading it.

I love a book that when I read it I can hear the sounds of everything happening on the page without the use of blaring, animated words like WHOOSH and KACHOOM! While the use of these words can sometimes make a comic fun and “in your face” Rust – Volume 2: Secrets of the Cell  simply has no use for them. When Jett Jones fires up his jet pack and cuts a swath through the sky you can feel the heat from the afterburners on the backs of your legs and hear the puttering of the pack’s engine when the machinery falters as Jett crashes to the ground. Go ahead, read Rust – Volume 2: Secrets of the Cell and tell me that you can’t get a sense of the velocity of Jett’s urgent flight pattern as he makes his escape. After all, it’s not every day that you pick up a comic that can actually give you the impression of achieving flight. Rust – Volume 2: Secrets of the Cell can do that if you let it. 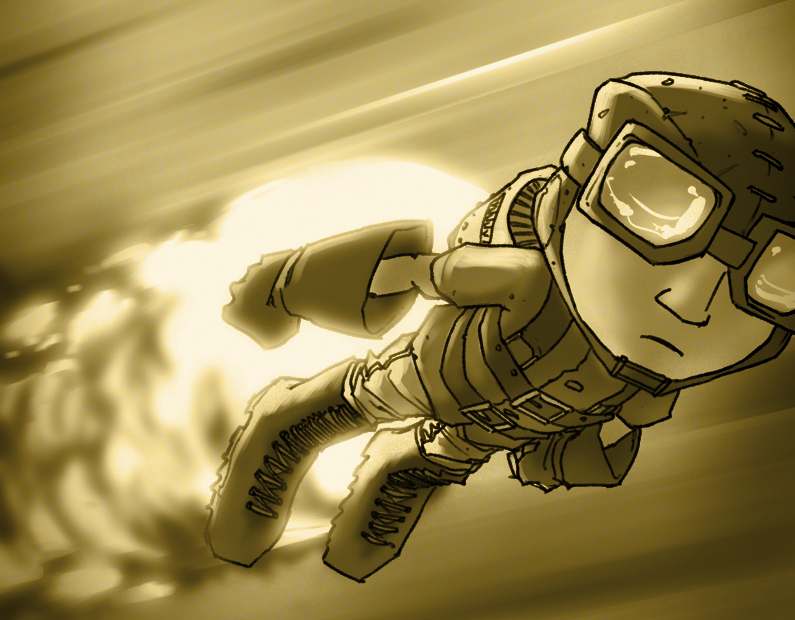 Another aspect of  the book that cannot be overlooked is the sepia toned art of Royden Lepp. The art was actually the first thing about the Rust series that caught my attention late last year. Lepp uses his art to tell the bulk of this story, in fact, at the beginning of this volume we go a whopping 33 pages with very little use of actual dialogue. It’s nothing but a rush of art, movement and danger to get you ready for what’s to come. Along the way we’re treated to a multitude of panels, some of which I’d be more than happy to frame and put up in my living room. There’s these two in particular: one of them is simply just of raindrops hitting the already muddy ground, and the other of someone doing dishes. Yeah, doing dishes. I think you get my point.

Rust – Volume 2: Secrets of the Cell gives me a sense of wonderment. Can you ask for anything more in a graphic novel? If I had one criticism of the book if would be that it’s far too short. And I say this only because my selfish nature wants more of it right now! The book has a total of 204 pages and will be presented as a blue cloth bound hardcover when it’s released. There’s even a teaser image in the back of the book for the next volume entitled: Rust: Death of the Rocket Boy. This is a book readers of any age can enjoy. Anyone who I’ve passed the first volume to has thanked me in spades upon returning it. I suggest that you seek it out, strap on your nearest jet pack and try to keep up.

Rust – Volume 2: Secrets of the Cell is part of the reason I love comic books so very much. Buy it and share it with your loved ones. They will thank you.