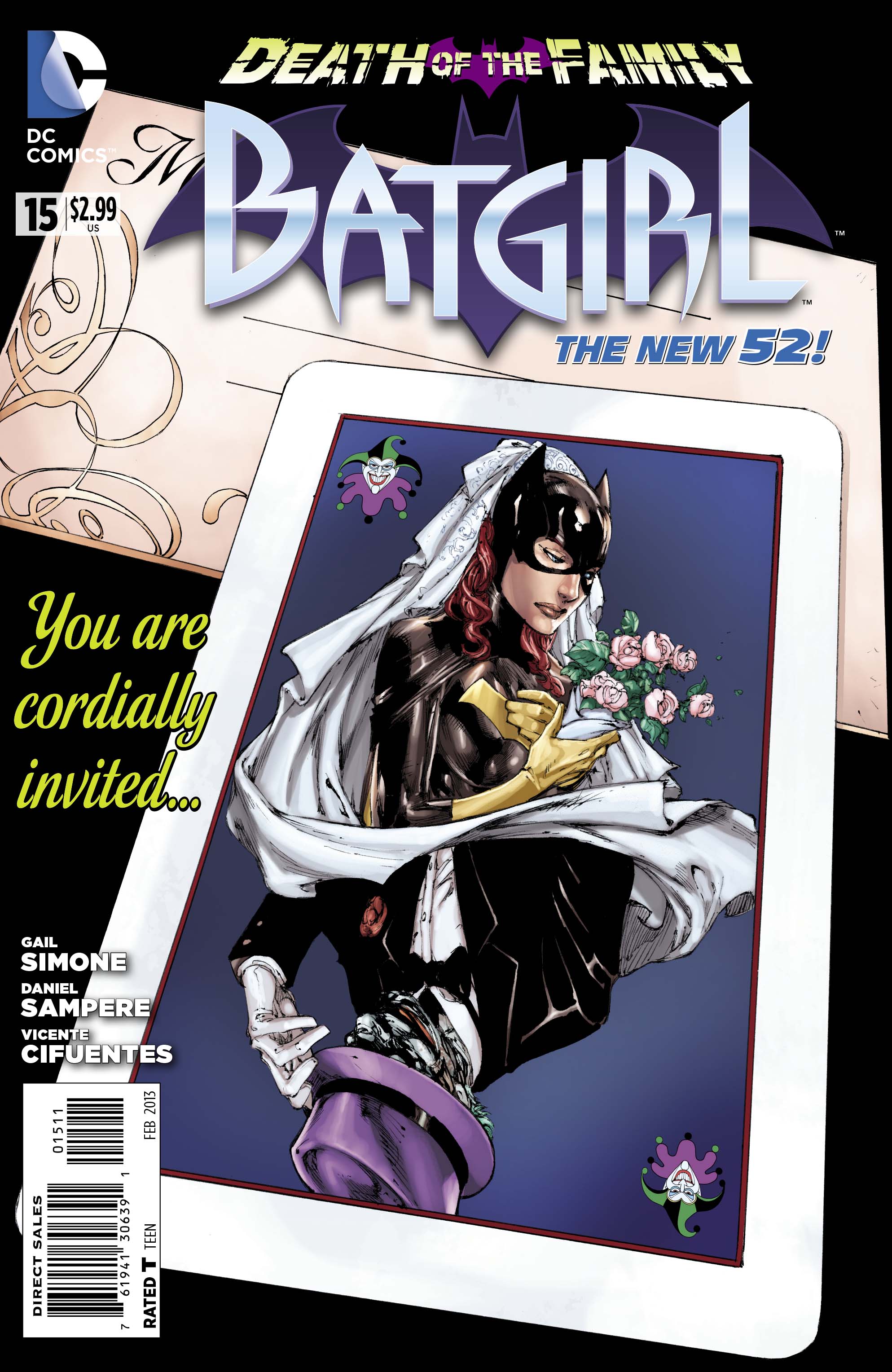 I have this gross feeling all over my skin. Simone’s Joker will do that to you. You can almost smell this rancid breath through the page as he weasels his way into Batgirl’s mind.

Two stories take place in issue #15 of Batgirl: the main one where Barbara deals directly with the Joker and a secondary one where we are given a glimpse into the Joker’s past. These sessions with a psychologist have a slow burn, taking the whole issue to fully develop. The more urgent part of the story, the one where Joker has Batgirl’s mother strapped to a chair with a bomb, has our full attention.  Joker demands a response from Batgirl.

The previous issue ended with a proposal. Batgirl is in a pickle: the wrong words can send the Joker off into a murderous spiral. At the same time, she needs to figure out how to appease Joker, get him away from bystanders and goons, and dispose of him. That’s right, Barbara means to kill the Joker. This should come as no surprise to anyone who is familiar with her history (pre-52, since The Killing Joke has been a part of this universe’s history). She harbors a deep hatred for the Joker, and he’s not doing anything to redeem himself in the past few issues.

James Gordon Jr. has some panel time in this issue. He’s just as strange and creepy as I expected him to be in this story. With a touch of ambivalence, we aren’t quite sure what he’s got up his sleeve. We do know that he is poised to help Barbara, however unwillingly. At this point, I see him as a methodological wild card, a Lawful Evil character, so to speak.

Do you like being creeped out? Do you like tough choices? What about stressed out family relationships? Batgirl is for you. This is the type of storytelling we’re going to miss with Simone off the title. You can get through this issue without knowing anything about the Death of the Family crossover, but the full effect is experienced when you read it as a part of the whole.