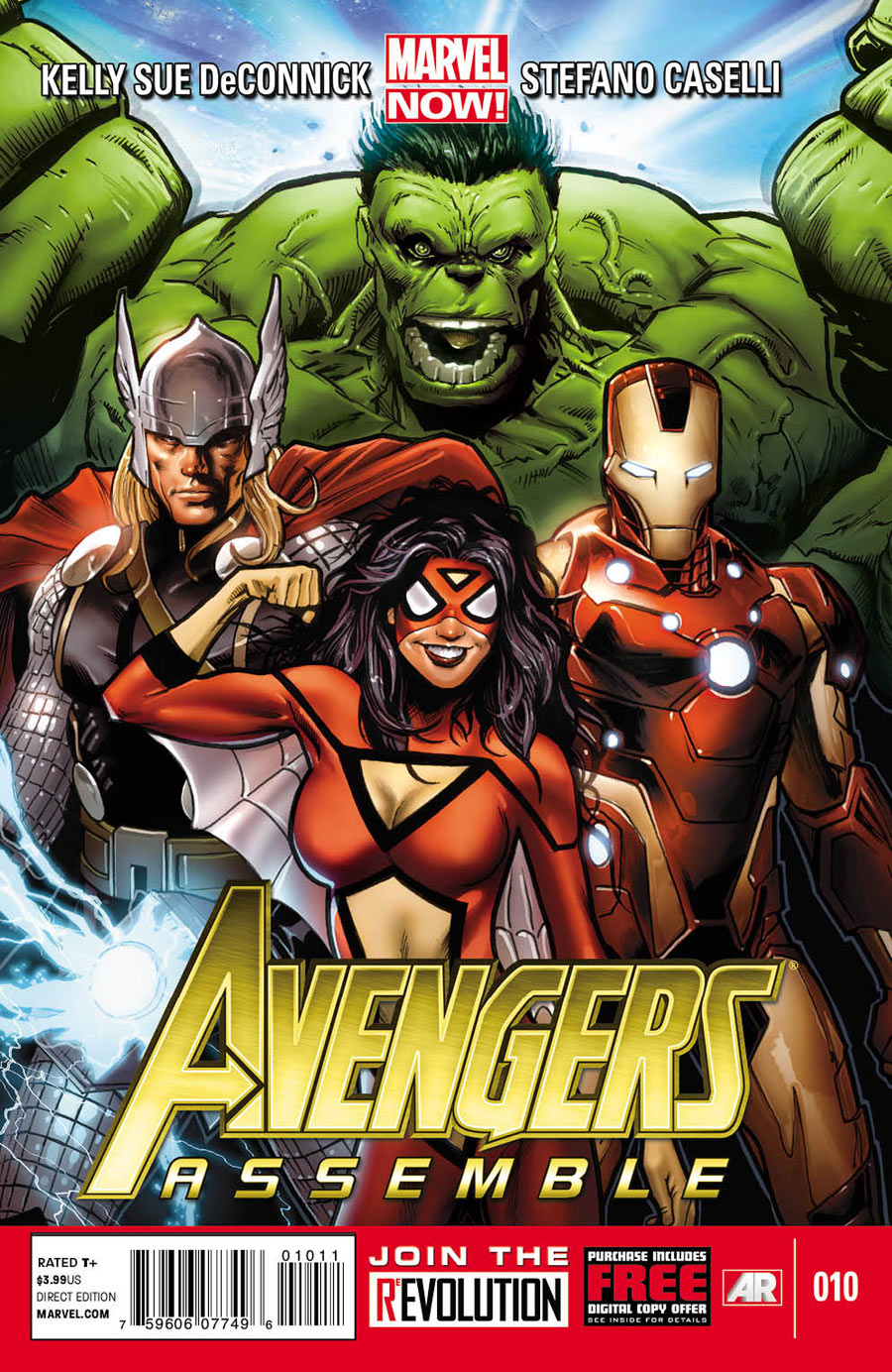 By now, you’ve probably listened to the interview Talking Comics had with DeConnick (check out iTunes if you haven’t already!). From listening to her interview, it’s apparent that we need more people like her in the comic book industry. What better way to support a great writer than to buy and read their work.

Avengers Assemble #10 picks up right after the team finds a science station near an ancient lake full of dead bodies. Their friendly bet is soon called off as the two teams must quickly get to the bottom of the deaths. In true scientific fashion, Tony takes his time analyzing his environment, running scanners to pick out where the offensive material is coming from. Unfortunately, the worst possible turn of events takes place when Bruce becomes exposed to the same strange substance that grows monsters inside of its host.

While Tony, Bruce, Thor, and Jessica are investigating the science station, we are treated with some Carol and Steve action. Marvel’s two captains are shown are true leaders, playing off of each other and showing total confidence in the other’s abilities. Carol, an accomplished pilot, demonstrates her finesse and decision making in the cockpit while Steve jumps right in the middle of the fray. The two characters really have a knack for working as a well-oiled machine. I hope DeConnick puts more Carol and Steve moments in Avengers Assemble, especially when the two are in battle mode.

Since this is only the second issue of the arc, a lot of pieces are still hidden out of sight. We’ve seen the results, we’ve met the villain, but the motive is still in the dark. Possibility of a clean slate using the matter from the being of the universe…but why? We’ve seen a lot of the “clean slate” plot devices in the past, so I’m curious how DeConnick is going to make hers work.

I was very pleased with this issue. It kept up much of the same spirit the previous issue had while moving the plot along at a nice clip. The cover is magnificent with Spider-Woman front and center with a giant grin across her face. Seeing her in this series with a smile and a sense of humor is an absolute joy.