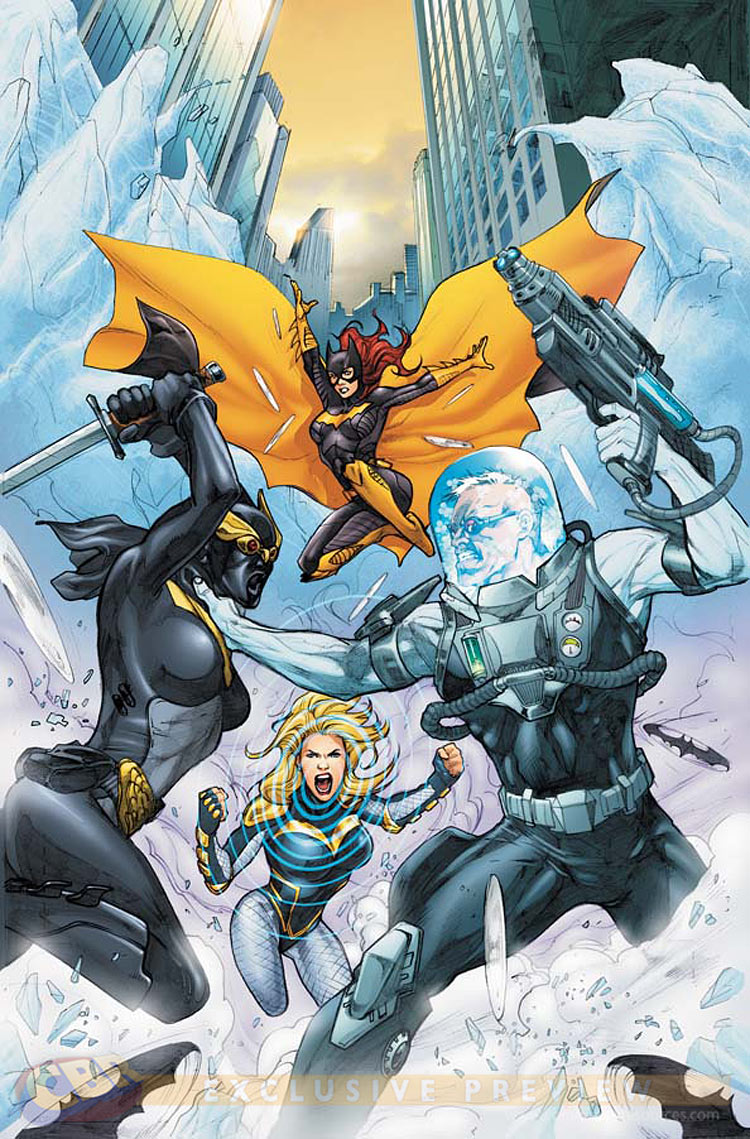 A few weeks ago a rumor came out saying that DC was planning some major creative shake-ups with some of their titles. Names and books were tossed around but without any concrete evidence it was hard to gauge what was truth and what was fiction. One of the titles people kept throwing around was Duane Swierczynski’s Birds of Prey, a book he was rumored to be leaving. Well it looks like the rumor in this case was true as Duane is leaving, putting “Skullkickers” Jim Zubkavich in charge of this all female team book.

Comic Book Resources was the first one to reach out to Jim Zubkavich and he had plenty to say about taking over this fan-favorite series. On how he got the job in the first place:

“Just over a year ago I was approached by DC to write a fill-in issue on one of the New 52 books. It was a way to make sure things stayed on schedule and also show how I’d approach superhero stories/characters. I had a lot of fun with it and, thankfully, it impressed folks at the DC office. Slowly but surely I was approached about other possible DC writing projects and, when I expressed that I really wanted to write something people wouldn’t expect from me, DC Editorial Director Bobbie Chase asked me to write up my take on Birds of Prey. As the pitch I put together moved through each stage of approvals I tried not to get my hopes up too high since I knew I was an underdog heading into the whole thing, and when they finally told me I was taking over the series I could hardly believe it. It’s been a whirlwind ever since.”

Jim plans on staying true to the original team as he believes that their relationship, especially that of Black Canary and Batgirl “is crucial to the series as a whole,” despite some characters (like Katana and Ivy) going their own separate ways. He does believe it’s a great jumping on point for new readers or readers who had dropped the book at any point.

“Birds of Prey” #18 is written as an ideal jumping on point for new or lapsed readers, but it doesn’t get rid of anything that’s happened in previous issues. It sets a new baseline and reintroduces the team while building on the foundation that’s been solidly set up. Duane developed some great plotlines I intend to utilize as the story moves forward. In addition to creating a bunch of new material I’m also picking up threads from Duane’s run that will re-emerge in new and unexpected ways. As far as I’m concerned, everything’s in play.”

Jim is looking forward to working with Mr. Freeze, as well as other villains in the near future. He also believes that Birds of Prey works as its own self-contained story, not focusing so much on other title’s involvements.

“Playing in the DC sandbox with both classic and new characters feels pretty cool, I don’t mind saying. When Freeze’s name came up during brainstorming sessions I felt I could build on the great new material that started in the “Batman Annual.” I’m excited about showing readers how focused and dangerous he can be. I’m planning “Birds of Prey” to work on its own as a reading experience. It may echo story elements that are happening in other series or shepherd along larger plotlines, but I feel really strongly about building “Birds” into something that works on its own merits while also adding to the larger tapestry of the DC universe.”

Working with artist Romano Molenaar is also something he’s enjoyed so far.

“Romano’s got a solid combat-oriented approach to the series that suits me just fine. I love writing fight scenes and he enjoys drawing them, so I expect good times coming down the road for us. I’m going to push for a mix of big emotion and big action and, from everything I’ve seen, he’s definitely up to the challenge.”

As a fan of Skullkickers and Jim Zubkavich’s work in the past, I’m definitely looking forward to seeing what he does with the Birds of Prey. He takes over with issue 18 in March.