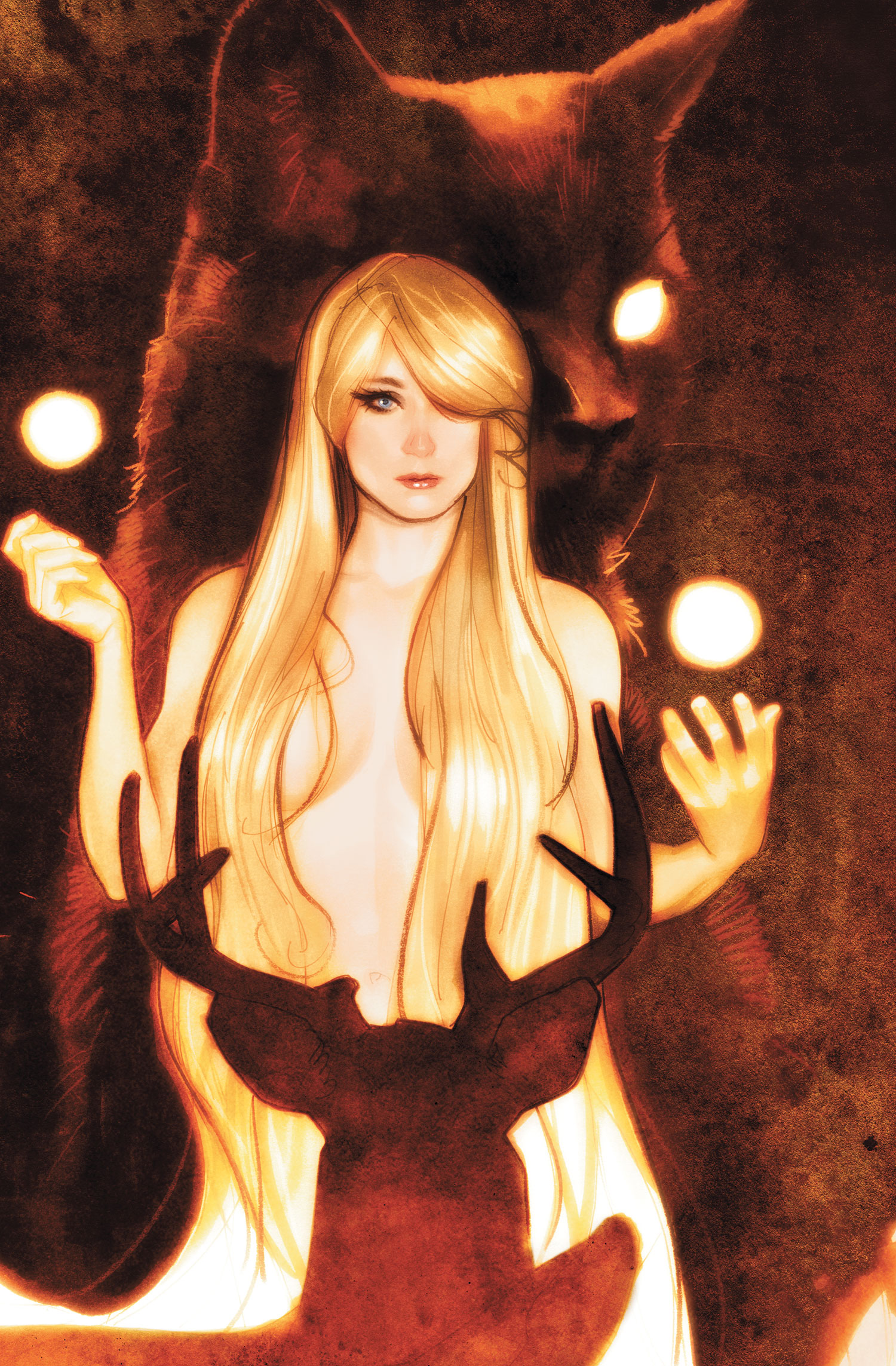 Fairest is a great series for people who want to get into Fables, yet are bogged down by the immense number of issues and characters out there. While I don’t want anyone out there to miss out on the greatness that is Fables, I would like to point out that Fairest has the advantage of a smaller scope of Fables to play with. With that in mind, let’s dive into issue 10.

Fairest #10 is a great origins story for Rapunzel. Previously, we’ve seen how she came to the Hidden Kingdom. We’ve seen what’s happened since she met Tomoko and how she came to join the Fables in New York. Issue 10 takes us further back, back to the Homelands, and into Rapunzel’s sad life. Locked away in a tower, Rapunzel falls in love with a Prince. Their love is doomed, and Rapunzel suddenly finds herself pregnant, homeless, and without resources.

A seemingly kind heart takes pity on Rapunzel as she goes into labor, but there are other motivating factors involved. There is something special about these missing twin girls, and the well-timed midwife knows something while everyone else is in the dark. Rapunzel is out to find her daughters, but there is a possibility that these daughters are bigger and more important than Rapunzel herself.

Framed around the origin story is the awkwardness that is Rapunzel and Joel. Their relationship has taken a different turn, and emotions are running high. With the search for her daughters becoming ever-increasingly more important, Joel and everyone else takes backseat. I definitely feel for Joel here. He’s been carrying the torch for Rapunzel for decades, and, after he finally had her, she pushes him away. She may be doing it unintentionally, but there is still a distance that wells up between them pretty quickly.

Beukes has done a fantastic job introducing us to a cast of Japanese Fables during this arc. Though I don’t pick up on all of them (let’s be real – none of them!), I still appreciate the work done to include them. If anything, it’s been inspiring me to look into traditional Japanese fables to learn more about these characters. Oh, one more thing about characters…the last one we encounter at the end of this issue is just plain frightening.

Side note: not sure why Rapunzel is depicted naked on all of her covers, but my guess is that it’s a representation of the vulnerability she is in while searching for her daughters. She is becoming raw as she progresses through this ordeal, and all of her defenses (including people) are being stripped from her as she faces her past.

I love Fairest. I really do. The best part of this particular issue is that, honestly, you can get by without knowing much about what’s going on. The origin story in the middle gives you a lot of information that regular readers have inferred over the arc. If you’ve been hesitant about buying Fairest, just know that you’re going to get a great story regardless of where you jump in. Take a chance and pick up this issue.