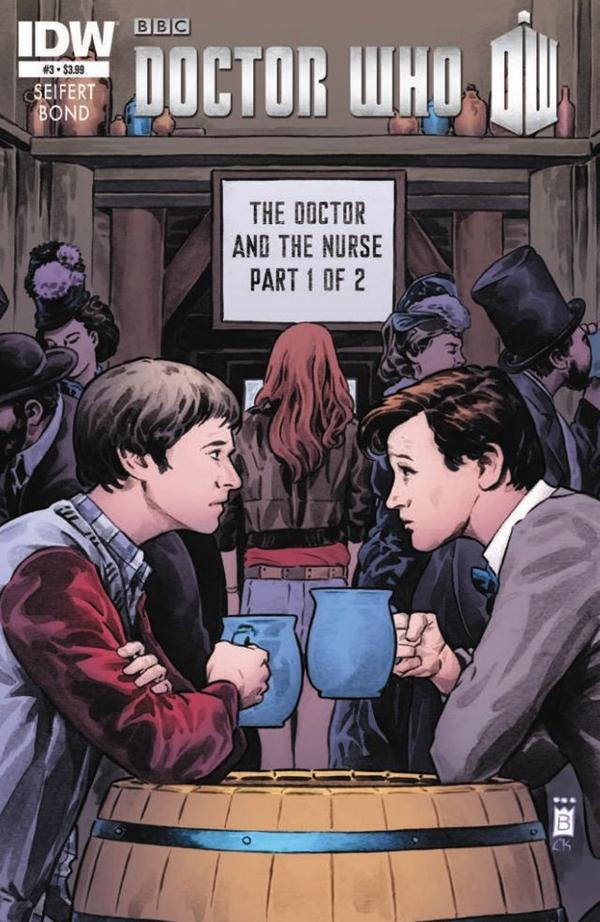 Doctor Who is a great show. I think we can all agree on that statement. Time travel, complicated relationships, historical references, and beyond creepy aliens swarm together to make the perfect breeding ground for this show. If you’re like me and love Doctor Who, you occasionally don’t have enough time to sit down and watch an episode. In even more tragic situations, you may not even have cable to catch new episodes on the BBC. Enter the Doctor Who comic book, the best way to get a quick Doctor Who fix to get you through your day.

I’ve remarked on previous reviews about how similar the comic book is to the show. The comic book captures the lighthearted feel the show has developed in recent years, yet can get serious when needed. The arcs have been relatively short, comprising of 2 – 3 issues (much like the show).

The 3rd issue in this series starts off light and fluffy. Amy comments on how little time the Doctor and Rory spend together, so she orders that they take a small holiday to build their friendship. There is still some resentment between the two men, with jealousy and boredom playing big roles in their aversion. However, both men care enough about Amy to at least attempt to be nice to each other. The Doctor pick London 1814 to grab a beer with Rory while Amy goes off exploring.

You know things aren’t going to be completely straightforward in a Doctor Who comic book. The Doctor and Rory decide to travel slightly forward in time to avoid hanging out with each other. With no surprise, the Doctor completely misses and ends up over 100 years in the future during WWII. The men scramble trying to get back to 1814 while Amy does some investigating on a troublesome suspicion involving the Silence.

If you like Doctor Who (and I know you do!), this is wonderful little issue to pick up. Certainly not groundbreaking by any means, this issue is a fun, quick read. Even if you’ve never seen the Doctor Who TV show, you won’t have any trouble understanding what is going on in this issue.