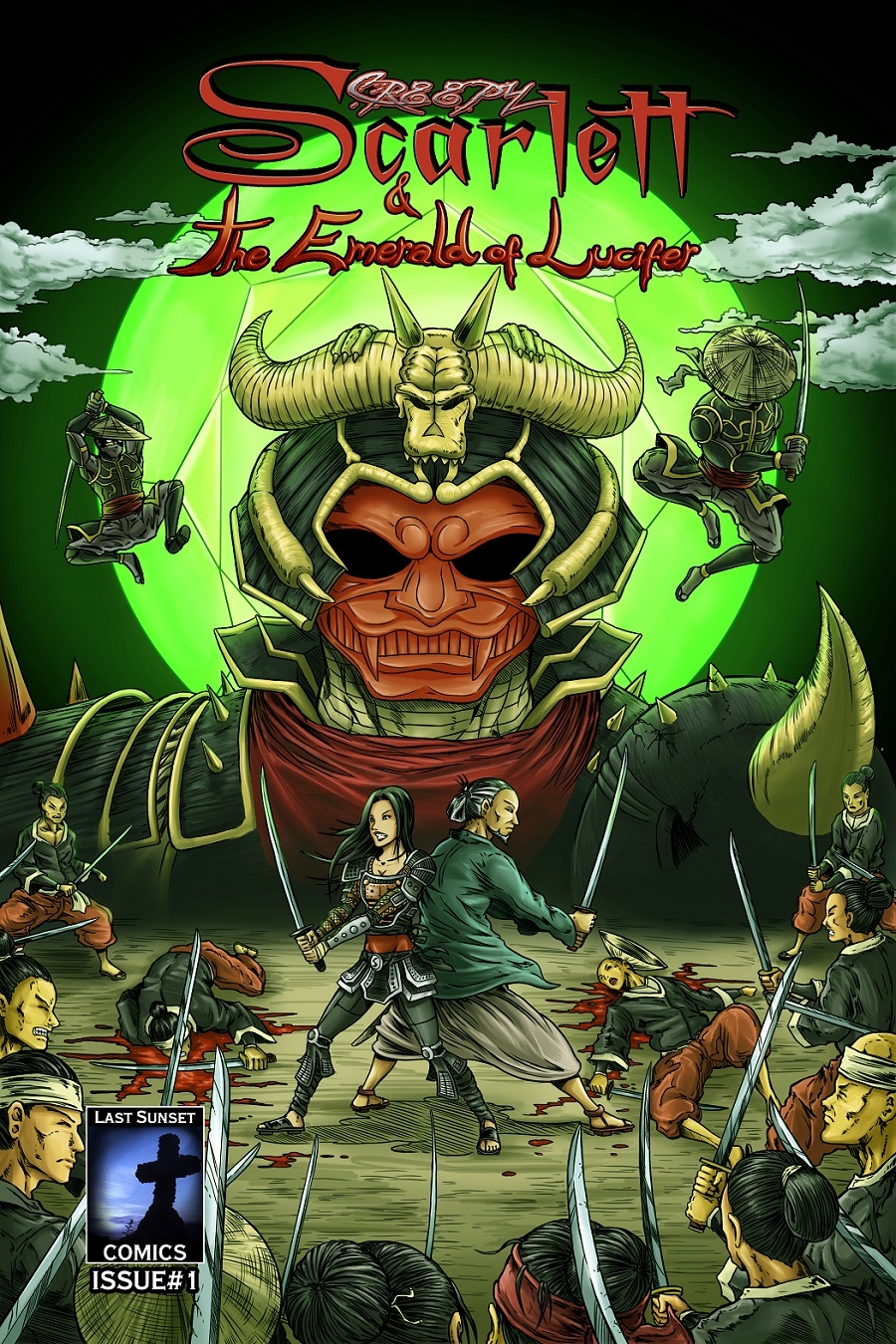 An young girl a ronin samurai and a teddy bear are all that stand against two enemies- an evil warlord and a corporation-that want to get their hands on a valuable and powerful jewel: “The emerald of Lucifer” as Creepy Scarlet’s comic book series officially begins

Scarlet spends her time living in a church and its cemetery with her only friend Mr. Ted a stuff Teddy Bear. The duo spend their time eating candy and playing cards until oned day, a samurai turns up at the cemetery. He’s been on the run for years  protecting a small jewel called the emerald of Lucifer from his former boss an evil Warlord.

From the get go, the samurai trains Scarlett in preperation of facing their enemies. Throughout her training, Scarlett must come to terms with her now being the protector of the emerald and begins to discover more about her mysterious past. Will Scarlet and the samurai defeat the Warlord?

I found this issue to be good. I love the writing there’s an unique humor that’s throughout the book. There’s also lots of action and I think readers will enjoy this issue. The art is also good. The cover caught my eye and visually the book is done well.

Go out and by this book. It has a lot of potential. There’s action, there’s a strong female lead, supernatural elements, and of course action so check it out and support indie creators. The comic is available here. You can also read my review of Creepy Scarlet Volume One which is an introduction to the character here.