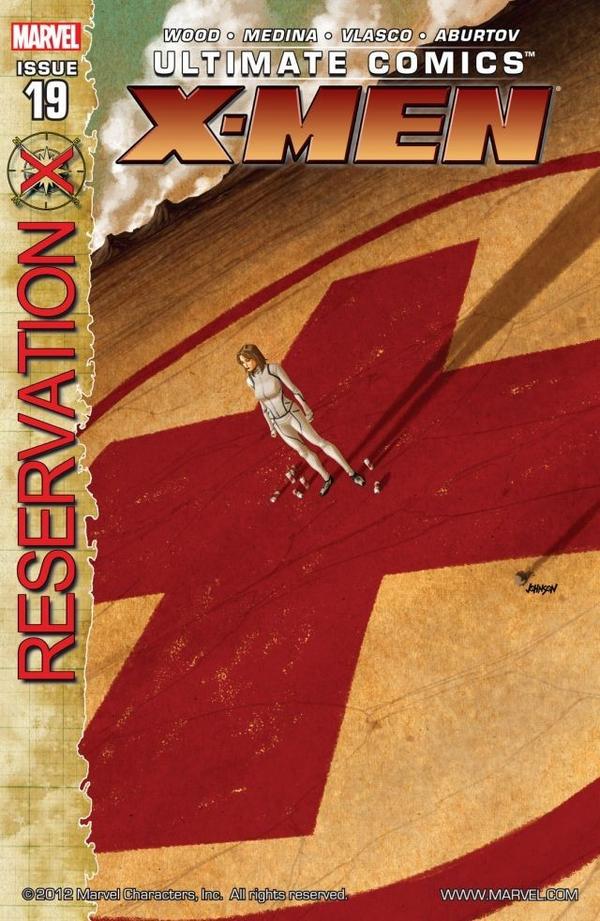 Since Ultimate Comics X-Men started, the mutants have had it rough. Looked down on by most, hunted by others, they can never really seem to catch a break. Even when things start to look up, a civil war breaks out and they become public enemy number one. But now the war is over and peace has arrived. But has it really? Ever since Captain America became President and promised Kitty Pryde (the figurehead of mutant-kind) that mutants would stop being mistreated, things have seemed to only get worse for them. They’re offered an ultimatum: take a cure and become normal citizens or be forced to live on a reservation for the rest of their lives. An uninhabitable land with the littlest of resources and care with nobody for miles to help, most took the former option leaving only twenty mutants left in existence. So much for peace it seems.

It doesn’t help that a young mutant, code-named Mach 2, has decided to rise up and try to become the new leader. On the surface she has good intentions but when it gets right down to it, it would cause another war between mutants and regular people and they’ve only just gotten over the first one. With limited mutants left and barely any friends left, a war would only annihilate the rest of the population. But Mach 2 doesn’t see it like that. Before they can even settle in she decides to try and divide the remaining mutants between Kitty and herself, a division that will only hurt in the long run. But how will this whole Reservation X thing turn out? Only time will tell it seems.

Since Brian Wood took over with issue #13, Ultimate Comics X-Men has been one of the best books currently being sold today. Even at a $4 price tag and shipping twice a month, it’s worth every penny. Taking cues from books like The Walking Dead, Whedon’s Astonishing X-Men or Wood’s own DMZ, the characters all feel fleshed out and their struggle, while bleak is fascinating to read. It’s not about the action, rather the interaction that compels me to keep reading. Kitty Pryde, a mutant I never gave much thought to before, is a deep and sympathetic character, taking action as a leader while still a child herself. To watch her grow as a person, alongside Rogue and the other originals is great and the Mach 2 monkey wrench into her plan will no doubt make for some great action down the road.

After a break during last week’s Point One issue, Paco Medina is back on the art and it is fantastic as always. In a comic so focused on dialogue, it’s easy to phone in a lot of scenes. But Medina has a cinematic quality to his set pieces and even standing in a circle can be compelling when you tilt the camera (or panel in this case) or zoom in on a character’s reaction. Facials are still on cartoony side, which can have both positive and negative effects depending on how they’re used, but overall it’s a well drawn comic from start to finish. My only real complaint is the shininess of everything. I understand why Medina utilizes it, but it can come off slightly jarring to those who aren’t used to it. During night scenes it isn’t as noticeable, but during the day it’s everywhere and can sometime border on too much.

Ultimate Comics X-Men #19 is the start of a great new arc in this already great series. If you haven’t read Wood’s previous arcs you might be a little lost on the intricacies of everybody, but it’s still a great jumping on point nevertheless. The struggle of mutant-kind is a fascinating story to watch grow and those who were turned off of the Ultimate universe after some of the previous storylines (Ultimatum comes to mind) will be happy to know that the Ultimates universe still has life and is producing one of the best comics you can buy. So be sure to check this issue out if you have any love for the X-Men, it’s well worth it.